Open declarations alongside discreet talks indicate that Saudi Arabia is ready to engage with Israel, in parallel with a two-state solution process. 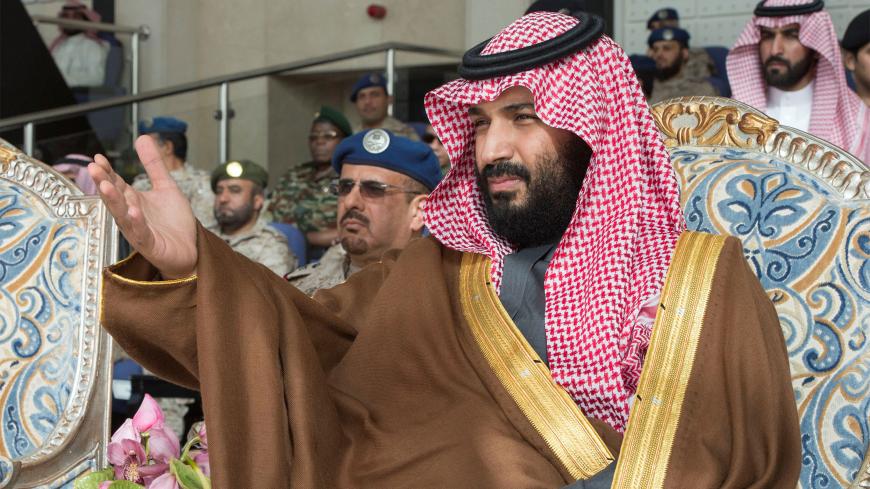 Is Saudi Crown Prince Mohammed bin Salman the big change-maker for his country and the region? He certainly has the ambitions to reflect and work on major reforms.

A senior US diplomat in Tel Aviv told Al-Monitor that both the White House and the State Department were highly impressed with the young guest when he visited the United States in mid-March.

Mohammed is very different from previous Saudi leaders. He talked to US President Donald Trump about modernizing and moderating Saudi Arabia. He sees Iran as his country’s archenemy, together with the Muslim Brotherhood and Sunni and Shiite terror organizations. On these security issues, he found common ground with Trump. The alliance with the United States is of prime interest to his strategy, and he keeps in regular contact with the president’s son-in-law, White House senior adviser Jared Kushner.

The crown prince is opposed to the Iran nuclear deal and would support any decision on the matter Trump makes in May.

Mohammed impressed his American interlocutors and audiences with his vision for his country (Saudi Arabia 2030), including a more moderate Islam, greater rights for women and a modernized economy less dependent on oil.

According to the US diplomat, the crown prince implied that in the future he would be ready to cooperate with Israel, provided there is Israeli-Palestinian peace. He perceives Israel as a technological and security powerhouse and is the first Saudi leader to speak about Israel’s right to have its nation-state alongside a Palestinian state. Except for referring to the Arab Peace Initiative of 2002, conditioning normalization with Israel on a two-state solution, he did not elaborate on his views on a solution to the permanent-status issues, probably awaiting an eventual US peace initiative. He did mention East Jerusalem and the Al-Aqsa Mosque as core interests of the Saudi regime. Mohammed also spoke about his alliances with Egypt, Jordan, the Gulf states (except Qatar) and the Maghreb, creating an anti-Iran axis.

The US diplomat told Al-Monitor that the new Saudi position creates new opportunities for Israeli-Saudi cooperation, but that significant progress must first take place toward Israeli-Palestinian peace.

This is not the first Saudi conditional opening to Israel. Al-Monitor has learned from a former adviser to the late President Shimon Peres that both one and two decades ago, discreet Israeli talks had taken place with senior representatives of the Saudi crown. In both instances, the Saudis were open to normalizing relations with Israel, provided Israel could accept a two-state solution based on the 1967 lines.

A senior Israeli Foreign Ministry official told Al-Monitor that Israel has firsthand knowledge of the Saudi openness on security and technological cooperation, at least openness for some discreet cooperation. A more open relationship could be created parallel to progress on the Israeli-Palestinian track. The Israeli official blamed Palestinian President Mahmoud Abbas’ alleged weakness and rejectionism for blocking any such progress.

In fact, the Palestinian leadership keeps in close contact with Riyadh. According to a senior PLO official close to Abbas, ties are good. He further claimed that all talks about Saudi Arabia normalizing its relations with Israel before a two-state solution is reached are false. What links Saudi Arabia and the Palestinians is above all the strong bond to Jerusalem and Al-Aqsa.

Given the winds of change expressed by the Saudi crown prince, it is clear that there is a new opportunity for a regional peace process. Saudi Arabia today is ready to engage with Israel, in parallel with a two-state solution process, and not only following a withdrawal to the 1967 lines as expressed in the Arab Peace Initiative.

It is up to both the United States and Israel to take the Saudi leader by his word. A realistic two-state solution based on the Arab Peace Initiative, even with US input, would set in motion a transformative regional process, affecting Israel’s relations with Egypt, Jordan and the Gulf.

Unfortunately, Prime Minister Benjamin Netanyahu will not take yes for an answer.