Iranian President Hassan Rouhani and Central Bank Gov. Valiollah Seif have come under heavy fire over the sudden devaluation of the rial. 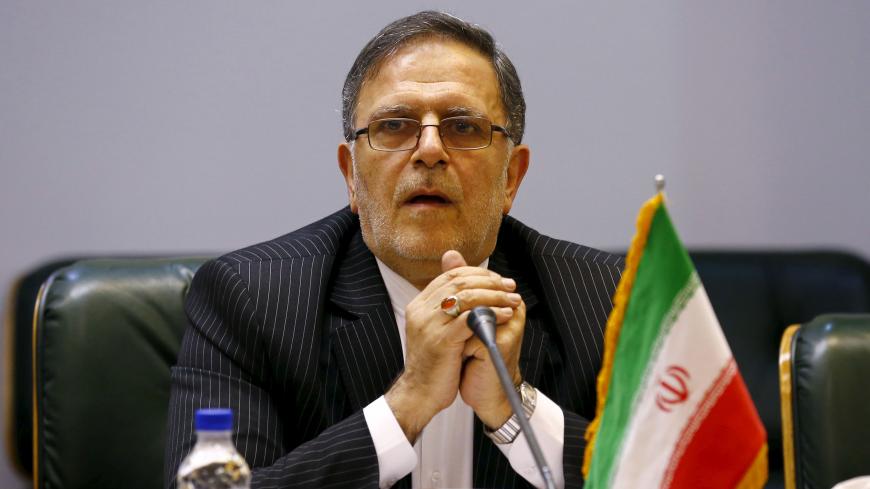 As the Iranian rial hit a record low, trading above 60,000 against the US dollar on April 9, criticism against President Hassan Rouhani and Central Bank Gov. Valiollah Seif has intensified.

The rial has dropped in value over the last few months and reached a nadir in the past two weeks, jumping from 50,000 against the dollar on March 26 to 60,000 on April 9.

The unprecedented devaluation led the Iranian government to announce late April 9 that the dual exchange rates will be unified with an official rate of 42,000 rials per dollar; warnings were also issued that trading at any other rate will be tantamount to “smuggling” and is a punishable offense. Iran has long had a two-tiered exchange rate system — with differences between the official rate and the free market rate hovering around 15% in the past decade.

In a session in parliament over the currency devaluation, moderate parliament Speaker Ali Larijani slammed Seif for mismanagement of the foreign exchange market.

Mentioning the government’s decision to unify exchange rates, Larijani addressed Seif April 10: “Mr. Seif, there is an objection about your performance [and the question of] why such decisions weren’t made previously?”

Meanwhile, Seif — who had attended the April 10 session of parliament — faced harsh reactions from a large number of parliament members, who approached him and shouted “Resign” while he was giving a speech to explain the causes of the devaluation.

In threatening remarks, Reformist parliament member Rouhollah Babai said in the same session, “During the era of tyranny [Shah Mohammad Reza Pahlavi], the head of the Central Bank was executed over the same kind of tumult. Now, we are asking the judiciary to hold an open trial of those who have a share in the country’s economic problems.”

Meanwhile, moderate conservative parliament member Falahat Pishe stated April 10, “You are betraying all of the Iranian nation; the price of foreign currency has doubled, and you are saying that the economy is balanced. As long as the managers [of the economy] say that the economy is balanced, they don’t deserve their positions. The slogan of ‘Resign’ in parliament is the slogan of the people.” Of note, Seif said on April 9 that conditions in the foreign exchange market will soon be balanced.

Furthermore, conservative Mohammad Reza Pourebrahimi, the chairman of parliament’s economic commission, stated April 9 that the devaluation has no economic reasons and that it is wholly due to mismanagement on the part of the Central Bank. “The nonexpert decisions of the Central Bank, including the increase of interest rates of [bank] deposits to reduce the tumult of the foreign exchange market, have contributed [to the devaluation],” said Pourebrahimi.

Also on April 10, parliament member Jabbar Kouchakinejad announced that the signatures of 100 lawmakers have been garnered to question Rouhani over the devaluation.

Mentioning Rouhani’s failure to quickly react to the current economic situation publicly, Majid-Reza Hariri, an economic commentator, stated April 8, “When the dollar reached 42,000 rial, the government spokesman said [that the president was upset]. But what is Rouhani doing now that the dollar has passed 50,000 rial?” Hariri then asked the president to address the people in an honest manner.

Criticizing Rouhani for his economic team, Reformist Jahan-e-Sanaat wrote April 10 that the economic management of Rouhani’s administration is in the hands of fans of a free market economy as well as in the control of leftists, and that this will definitely result in damage to the economy.