Moscow is being called on to deliver on its promised role as Mideast mediator. 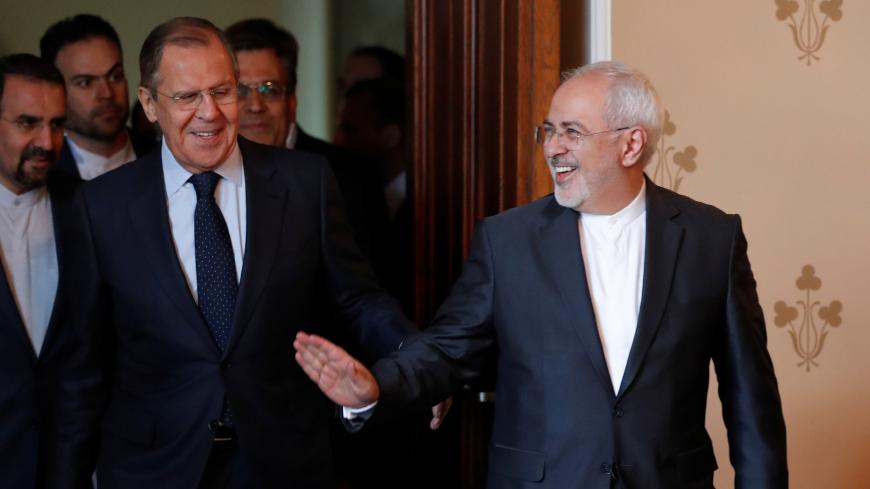 MOSCOW — As the standoff between Iran and Israel threatens to grow out of hand, Russia is apparently seeking a modus vivendi for the two regional enemies.

Moscow claims there could have been more countries represented, if not for pressure the United States allegedly applied to talk its allies out of participating. Speaking to the delegates, Russian Foreign Minister Sergey Lavrov said, “The renewed American [foreign policy and military] doctrines are pierced with ideas for confrontation. … Do we need new tragedies, provocations and senseless casualties for some common sense to prevail?”

Dominating this year’s agenda were discussions on combating international terrorism, including cutting off funding sources, cybersecurity and the situation in the greater Middle East. During the two-day conference, Russian Security Council Secretary Nikolai Patrushev held 40 bilateral meetings. However, the two separate meetings with representatives of Iran and Israel have made the most news.

The meetings led to speculation that Moscow had organized an encounter between Israeli and Iranian officials. Rumors also have it that Russia eyes a bigger mediation role for itself in the Iran-Israel standoff in Syria. On April 25, an informed source at the Russian Security Council strongly denounced each allegation to Iranian news agencies. Two Russian diplomats Al-Monitor contacted declined to comment on the situation.

Such a reaction stems from Russia’s caveats on the back-channel talks — if they indeed are being held — to be successful. They have to remain confidential because a public discussion of such efforts could backfire domestically in both Israel and Iran.

In recent months, there have been many claims that Russia is seriously challenged to continue its balancing act between Iran and Israel. The very nature of the growing confrontation on Syria turf between the two archenemies is complicated. It’s hard to verify whether in its discussions with Tehran, Moscow is bringing up the issue of Hezbollah and other Shiite militias’ presence near the Israeli border. Yet the rationale for Russia’s behavior in the region ultimately stems from attempts to understand and recognize the legitimacy of motivations of certain players — even when it does not share them politically or finds them counter to its own interests. Judging from this approach, Moscow may find Hezbollah’s presence understandable from Iran’s perspective. At the same time, Russia certainly realizes that this presence serves as a constant irritant for Israel and is thus an escalation factor that can’t be ignored if the Kremlin ultimately seeks to fix Syria for the long term.

Russia is indeed having a hard time in its role as a go-between for such die-hard negotiators as the Israelis and Iranians. For now, however, both Iran and Israel need Russia as an "airbag" between one another. Such a status may not — and probably will not — last too long, but so far it has been providing Moscow with the time necessary to elaborate a status quo of moderation: Iran has to restrain Hezbollah's provocative actions, and Israel needs to restrain its assertive responses and pre-emptive air raids.

Hence, we hear the on-again, off-again news about Russia potentially supplying S-300 air-defense systems to Syria — which Israeli Defense Minister Avigdor Liberman has threatened to destroy if they are used against Israel. Russia’s outgoing ambassador to Israel, Alexander Shein, said he “can't imagine such a scenario.”

"We have coordination and mutual updates regarding Syria. The two countries' defense ministries are cooperating," he said.

"Russia constantly takes into account Israel's concerns and interests vis-a-vis preserving its national security. … We are, of course, concerned with the state [of] the bilateral relations between Israel and Iran, in light of mutual threats and rejection by both countries. We must also be concerned with Iran's presence in Syria now. It may lead to a worsening of the situation and a conflagration in the entire Middle East," Shein added.

In his latest interview with Al-Monitor, Iranian Foreign Minister Mohammad Javad Zarif alluded to Tehran’s hopes about Russia in dealing with Israel: “I believe Israeli aggression has been resisted and will be resisted, and I think it will be best for everybody to advise them to stop aggression against others.” Yet the minister fell short of implying what Iran might be prepared to do.

Hitting a happy medium between the two regional heavyweights may be an honorary role, and if Moscow can cope with all the associated difficulties, it will make its presence in Syria indispensable. Russian decision-makers are accurately pointing out that the Israelis and Iranians are overestimating the influence Moscow has over the respective parties. Yet Russia itself has done a lot to solidify its image as a new power broker in the region and now has to deliver on these expectations. In fact, it is hard to think of any other power uniquely positioned to cut this Gordian knot. Russia is preoccupied with finding a comprehensive formula to keep the parties from feeling endangered. The diplomatic drive is fueled by the belief that the alternatives to dealing with Iran are force-based scenarios discussed in Washington and Jerusalem that may essentially entail opening a whole new dimension to the Syria war and possibly unleashing a large-scale regional war.