While there are many risks involved with currency swaps, such endeavors do present an opportunity for Iran to enhance the stability of its economy. 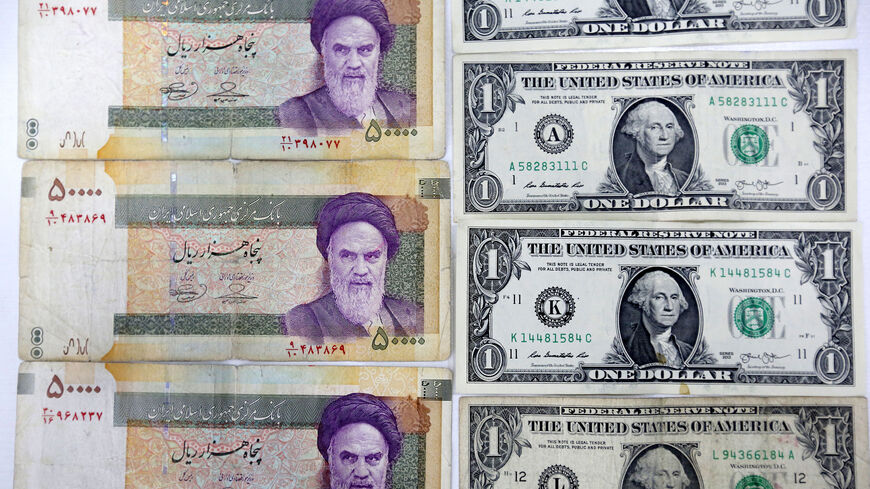 Various Iranian rial banknotes are seen next to US dollar bills in a shopping center in the capital Tehran, Iran, April 10, 2018. - ATTA KENARE/AFP/Getty Images

While the nuclear deal struck between Iran and six world powers in 2015 lifted international sanctions, it failed to remove primary US restrictions on dollar transactions. As such, some in Iran have grown to view currency swap agreements (CSAs) with other countries as a way to overcome remaining US sanctions. This is even though many swaps do not become operational and these kinds of schemes are likeliest to be secured in times of mutual crises and emergency — or in the case of China, to expand trade in one’s national currency at the expense of the dollar’s dominance in global trade.

Iran formally signed its first currency swap deal with Turkey last October, and the two countries recently issued their first local currency letters of credit. This is a major step since the Islamic Republic’s previous memoranda of understanding on this issue with other countries never really came into effect. Nonetheless, the implementation of CSAs involves high risks in volatile economies, such as that of Iran.

In this vein, the Central Bank of Iran (CBI) has in the past highlighted the prerequisites for monetary agreements with other governments. It points to a series of intertwined factors that contribute to the successful conduct of currency swaps. The most significant among the latter are concerns surrounding:

The implementation of swap deals is possible provided that the money regulators of both engaging governments are able to minimize the risk of currency fluctuations in their own macroeconomic environment. At present, due to the high foreign exchange rate volatility in Iran, the CBI is not capable of easing the processing of international exchange transactions in an effective manner. On the other hand, its policy of controlling the currency market has been proven to put at risk Iran’s foreign exchange reserves. While the latter recently helped push down the rial to record lows, it also contributed to Iran’s national currency losing its attraction as an intermediary monetary unit in the inking of CSAs. Indeed, neither Iran nor its peers are in a position to guarantee the extent of the fluctuations of their currencies.

Moreover, CSAs facilitate trade primarily for countries with higher value-added industry rather than those who mainly export raw natural resources. Indeed, the competitiveness of Chinese goods has put pressure on Iranian producers, with dire potential consequences ahead. If anything, it appears as if trade with more powerful parties could have the long-term effect of pushing the Iranian economy to transform into a sheer commodity market. Iran’s import of value-added goods from robust economies while exporting unfinished low-value products in return is a case in point of how asymmetric bilateral money deals could create negative spirals.

Another important issue in regard to CSAs is that the involved parties might employ them to remove the currency of a third country in settlement of their bilateral business interactions. But even this will not eliminate the need for a major third currency as settlement currency since commodities markets are mostly dollar-denominated. Similarly, CSAs are by no means a substitute for banking brokerage relationships and cannot be viewed as a cushion against possible US sanctions. Indeed, now that US secondary nuclear-related sanctions are formally lifted, failure to adhere to international banking standards and Financial Action Task Force regulations remain as barriers to the re-establishment of active brokerage relationships between Iranian financial institutions and their international counterparts. The former head of the Monetary and Banking Institute of Iran, Ahmad Mojtahed, noted in his interview with Etemaad Daily last November, “What is obvious is that [we] need to pay a fee to find a replacement for the dollar. … [Signing] monetary agreements ultimately culminates in either having our [oil] revenues locked up in other countries or failing to secure our needed goods being financed through [swap] deals.” In Mojtahed’s telling, currency swaps should thus come second to continued use of the dollar.

The reality is that Iranian enterprises can benefit from bilateral CSAs only when the Iranian economy seizes a higher share of global markets. This could materialize provided that business-friendly indexes are improved, well-devised industrial strategies are established and good governance is embedded in the actions of the top officials in the political system.

Yet, on the whole, de-dollarization in Iran’s trade relations does indeed enhance economic stability to some extent. Even the addition of China's currency to the portfolio of foreign reserve baskets by the International Monetary Fund as a growing global economic power can also be referred to as a positive measure. But the mechanism whereby the policy of de-dollarization is being implemented by the Iranian authorities should be employed in a manner in which the pros far outweigh its cons. This outlook may bring about a more favorable and constructive outcome for the Iranian economy at times of crises, including the current turbulence stemming from uncertainty about the nuclear deal.