The Turkish government slammed Moody’s for downgrading Turkey’s credit rating, but its own citizens are increasingly fleeing the Turkish lira for the safety of hard currencies. 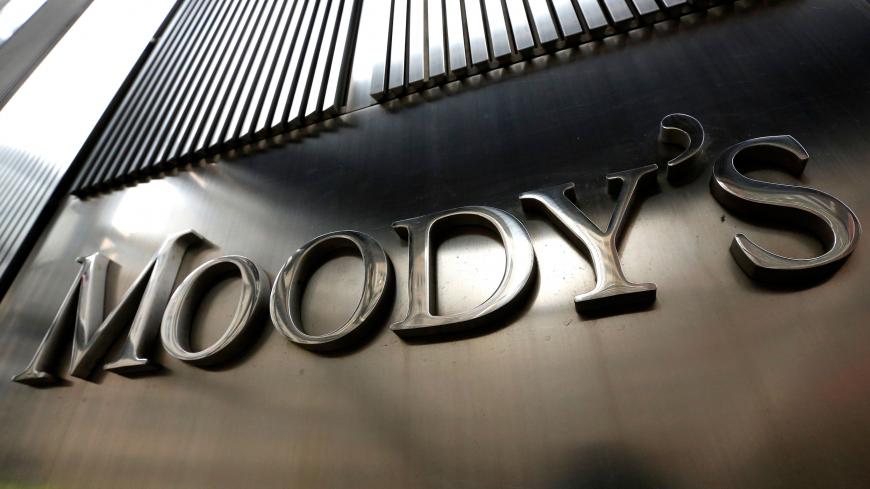 Finance Minister Naci Agbal argued that Moody’s decision was political and contradicted Turkey’s economic realities, and he even threatened legal action against the company. Speaking at a public event March 10, Economy Minister Nihat Zeybekci said, “In one of the European Union member countries, nonperforming loans amount to more than 60% of gross domestic product. In Turkey, the ratio is not even 3%. Yet [Moody’s] downgrades Turkey’s rating, while raising theirs. This is nothing but an opportunistic attempt to push up Turkey’s credit costs. This is a usurer mentality … the mentality of the usurer’s hitman.”

In justifying its decision, Moody’s pointed to increased external debts along with a simultaneous increase in the current account, budget and foreign trade deficits and Ankara’s failure to rein in inflation. The statement noted that the risk of external shock had also grown due to the increase in domestic political risks and global interest rates.

Other reasons cited for the downgrade included the lack of transparency at the Turkey Wealth Fund, risks posed by multibillion-dollar liabilities outside the budget from government-subsidized projects in the private sector and weakening resilience of private companies and banks due to their growing debt in foreign exchange. On another front, Moody’s drew attention to political tensions in the wake of the April 16, 2017, constitutional referendum and the “undermining” of the judiciary’s authority, illustrated by the refusal of the government and lower courts to honor Constitutional Court rulings.

On March 9, Moody’s also cut the ratings of 17 Turkish banks, including the country’s largest public lenders. The agency’s risk warning for the banks, especially over their foreign exchange liabilities, further fueled the controversy.

Ankara is now considering founding a “native and national” credit rating agency. According to Mehmet Ali Akben, the head of the Banking Regulation and Supervision Agency (BDDK), the institution — planned for sometime this year — will be autonomous, impartial and compliant with international standards and might involve partnerships with China and India.

The government may be incensed by the Moody’s sovereign rating downgrade, but economic data by the Central Bank and the BDDK call into question Ankara’s claims that the decision contradicts Turkey’s economic realities. The statistics point to flight from the Turkish lira to foreign exchange as Turks seek to preserve the value of their savings amid mounting economic woes and worries, including high inflation and the depreciation of the national currency. Individual and corporate foreign exchange accounts are both on the rise.

The $28 billion increase in foreign exchange accounts from last year is a sign of waning confidence in the Turkish lira and ensuing flight from it. The BDDK and Central Bank figures indicate that Turkish citizens and companies have serious concerns over the state of the economy.

In the government’s medium-term economic program, released in October, the 2018 year-end target for the current account deficit is $40 billion. Hence, there is already an $11.5 billion deviation in the first month of the year. The inflation rate, which has not eased to single digits for months, stood at 10.26% in February, making the program’s 7% year-end target meaningless.

The program projects the average price of the dollar at 3.73 liras this year, estimating that it will exceed 4 liras in 2020. The exchange rate is about 3.88 liras at present, and the Central Bank’s survey of expectations in February shows that economic actors expect the rate to be 4.1 liras at the end of 2018.

The private sector’s foreign exchange debt, meanwhile, increased by $22 billion last year to reach $238.9 billion, including $220.6 billion in long-term and $18.3 billion in short-term debt. The principal sum maturing this year is $70.2 billion. More than a half of the long-term debt and 78.2% of the short-term debt belongs to the banking and financial sector.

In sum, citizens are fleeing the Turkish lira in favor of hard currencies to preserve the value of their savings against inflation and the lira’s depreciation and as a precaution against mounting risks and a possible economic crisis. Banks and private companies, meanwhile, are stocking foreign exchange to repay maturing foreign exchange liabilities and to avoid having to buy at higher rates later.

The rush for foreign exchange, reflected in the BDDK and Central Bank statistics, is fueling exchange and interest rates. Any snags or disruption in the banks’ and private companies’ repayment of their foreign exchange debt could result in tremors affecting the entire economy. Even pundits close to the government have come to voice concerns over the hard currency rush and the private sector’s foreign exchange debt, warning of symptoms reminiscent of the 1997 Asian crisis.

With banks offering interest of up to 4% on foreign exchange deposits, citizens who leave the lira for hard currencies are not only protecting their savings against inflation, but are also making profits.

The current uptick in foreign exchange deposits, climbing toward 50%, reminds of the flight from the lira during Turkey’s 2001 financial crisis, when the share of foreign exchange deposits reached 57%. The trend suggests deepening apprehension and mistrust in the optimistic picture the government is painting. Instead of bashing Moody’s and gagging the opposition’s criticism of the economy, the government must take steps to ease concerns and inject confidence.