Lebanon’s parliamentary elections, slated for May 6 under a new electoral law, include a new movement determined to break the control of political dynasties. 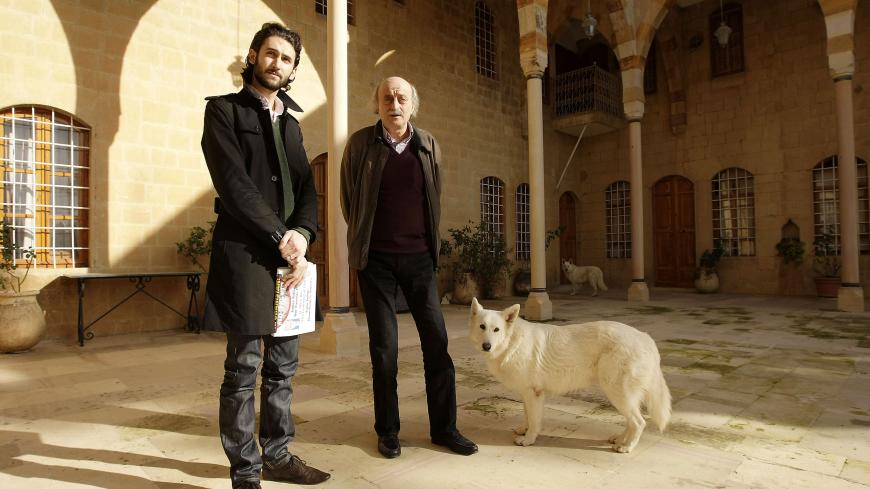 BEIRUT — It is officially election season in Lebanon, and the air is quickly filling up with the chatter of candidates, programs, videos, publicity stunts and alliances. Who can blame them? It has been almost a decade since Lebanon’s last parliamentary elections on June 7, 2009; the delay has been caused political disagreement over the creation of a new electoral law, security concerns, a partial political vacuum and two-year stalemate over the presidency, which led to the elections being postponed twice, allowing parliament to extend its own mandate twice.

Now, nine years and a new electoral law later — a hybrid based on proportional representation where voters have to select a list of pre-decided candidates for their electoral district but get to select their preferred candidate within that list — Lebanon is gearing up for a political battle May 6. The elections are expected to pit the country’s old guard against a new, alternative political current.

Competing for the 128 parliamentary seats are 976 candidates (999 sought to run but 23 were rejected due to incomplete applications), including 111 female candidates, up from the 12 female candidates who participated in the 2009 elections. The candidates are a veritable who’s who of Lebanon’s political, media and civil society.

In addition to entrenched veterans such as former Prime Minister Tammam Salam, Michel Murr, Marwan Hamadeh and Yassine Jaber, this year’s candidates include dozens of sons and daughters of former and current politicians, including first-timers such as Taymour Jumblatt (son of Walid Jumblatt), Tony Franjieh (grandson of Suleiman Franjieh) and Michelle Tueni (daughter of Gebran Tueni).

But in a country where the sitting prime minister, Saad Hariri, is the son of former Prime Minister Rafik Hariri, and the foreign minister, Gibran Bassil, is the son-in-law of the president, Michel Aoun — essentially where dynasties control patronage networks in their communities — these particular candidates do little to raise eyebrows. Those who are raising eyebrows, however, are the new class of political activists preparing to face off with the political heavyweights.

An array of activists has clubbed together to form a national coalition called Tahaluf Watani — which includes around 11 different movements, including Li Baladi, Baalbak Madinati and You Stink! — to compete for seats across the country’s 15 districts. They include some who shot to fame for their activism during the 2015 garbage crisis, such as Asaad Thebian, Marwan Maalouf and Imad Bazzi of the You Stink! movement. Others include local celebrity Paula Yacoubian, a political talk show host on the Hariri-owned Future TV who quit her job in television in order to run as a candidate for the "leaderless" political movement Sabaa.

“We’ve decided to run because those who took to the streets in 2011 and 2015 need to have their voices heard in parliament,” Thebian, who is running in the 1st Beirut district, told Al-Monitor. “We need radical change in the system; we need to hold the government accountable, and we really need to have a functioning state and parliamentarians who know society.”

Aware that establishment parties have much deeper pockets to spend on their electoral campaigns, the civil society activists are banking on their collective social media presence and on-the-ground interaction with voters to reach a much wider audience.

“We are nonsectarian, nonpartisan, and we are unifying our voices and our power and offering solutions to issues,” Thebian said.

But for many, including those within the current political system, the elections are expected to be a continuum of the current establishment with little impact from the new alternative movement led by the activists.

“They’re like the guy who pisses in the ocean and thinks it will rise,” Bassem Shabb, a current member of parliament within the Future Bloc, told Al-Monitor of the activist movements. “I don’t view them as a threat [in the elections]; rather, I view them as agents of positive change.”

Shabb added, “While I don’t think they’re capable of huge change because the political system doesn’t allow for small groups of individuals to make a change, they can get the political parties to be more inclusive.” Currently, many of the parties are largely made up of traditional political families and a rigid power structure, making it difficult for new political activists to enter the system.

And political parties have diversified their candidate lists for these elections, tapping into the trend and adopting local celebrities and civil society activists; the Christian right-wing Lebanese Forces has brought popular MTV news anchor Jessica Azar on board, while unionist and social welfare activist Nehme Mahfoud is now running as a candidate for Hariri’s Future Movement.

According to Rabie Barakat, a Lebanese political commentator and former opinion editor of Assafir newspaper, the civil society movement is unlikely to see any tangible results in the elections.

“They lack proper coordination; some are running from an apolitical perspective, which doesn’t work in parliamentary elections. They lack sufficient resources, and they are not part of the present clientelistic structure in Lebanon, meaning they are already lagging behind in terms of solid support base,” he told Al-Monitor. Lebanon’s political structure is dominated by a religion-driven patron-client relationship between political figures and their communities — a structure that has been in place for decades. Barakat added, “Also, most of the establishment parties are supported by regional players, which also increases their chances in the elections.”

With the new electoral law being practiced for the first time, from the redefined districts to the proportional representation system to the only one-preferred-candidate option, many within the electorate and the parties themselves will be viewing these elections as an experiment — whether forging new alliances in specific districts to ensure seats or running candidates based on their popularity and leverage among the electorate (as voters are only entitled to choose one name per list). But it is already apparent that the new electoral law is tipped in favor of the ruling parties.

“While the introduction of proportional representation is a step forward in itself,” said Barakat, “the electoral districts are still more or less tailored to suit the political parties in the establishment.”