Since a two-state solution is no longer feasible, Israelis and Palestinians must focus on other creative ideas to solve the conflict. 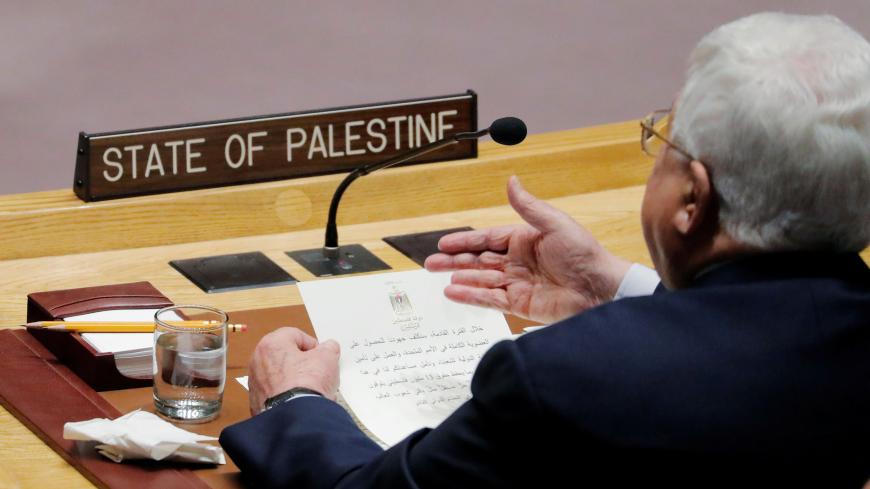 Palestinian President Mahmoud Abbas addressed the UN Security Council on Feb. 20. In a meeting at UN headquarters following that speech, US President Donald Trump’s envoys, Jared Kushner and Jason Greenblatt, surprised ambassadors of the Security Council’s member states. The two announced that Trump would soon present the council with his plan for what he has dubbed “the ultimate deal” between Israel and the Palestinians, and expects a unanimous vote approving the plan — this despite the fact that the council’s member states had no role in formulating the plan and have no idea whether the Israelis and Palestinians would like it. Several days earlier, Trump himself downplayed expectations of the governments in Jerusalem and the Palestinian Authority (PA). In a Feb. 11 interview with Israel Hayom, the president said, “Right now, I would say the Palestinians are not looking to make peace. … And I am not necessarily sure that Israel is looking to make peace.”

Mainstream Israeli and Palestinian politicians, as well as foreign diplomats, are in agreement regarding the bitter prospects of the two-state solution that proposes the establishment of an independent Palestinian state alongside Israel. The findings of a Palestinian-Israeli survey published at the end of January indicate a drop in the trust of both Palestinians and Israelis in prospects for peace. The poll, conducted in December 2017 by the Tami Steinmetz Center for Peace Research at Tel Aviv University and by the Palestinian Center for Policy and Survey Research (PSR) in Ramallah, shows that a large majority (three-quarters) of both peoples hardly expect or do not expect a Palestinian state to be established in the next five years. One-quarter of Israeli Jews support an apartheid regime or expulsion.

According to a Western diplomat who spoke with Al-Monitor, Trump’s plan will include significant Israeli concessions regarding the status of Jerusalem’s Temple Mount, sacred to both Muslims and Jews. Still, there is zero chance of Prime Minister Benjamin Netanyahu’s government adopting any such outline. The same is true for Palestinian willingness to cede control of that site, which they call Haram al-Sharif. A US administration source who spoke with Al-Monitor on condition of anonymity said with undisguised regret that holding on to the illusion of a two-state solution could actually result in an apartheid state or an ever-lasting conflict. And so, Israel must start preparing for a one-state solution.

Along with the erosion of trust in the two-state solution, there are indications of growing support for the old-new idea of an Israeli-Palestinian confederacy. In his 1968 book, “The War of the Seventh Day,” Uri Avnery — a prominent leader of the Israeli peace camp — called for a joint diplomatic, economic and security framework between a Palestinian state that would be established along the June 4, 1967, borders. According to the findings of the Steinmetz-PSR poll, one-third of Israeli Jews back the idea — 7% more than in June 2017 and 13% more than in December 2016. On the other hand, Palestinian backing for a confederacy dropped from 37% in June 2017 to 28% in December 2017.

Although establishments on both sides continue to ignore the option, a movement calling itself Two States, One Homeland — founded several years ago by Israeli and Palestinian peace activists — consistently advocates for it. The group envisions Israelis living in Palestine as Israeli citizens and Palestinian residents, and Palestinians being able to live in Israel as Palestinian citizens and Israeli residents. The two states would develop freedom of movement between them in a mutually agreed-upon and gradual fashion.

For now, another old-new solution of one state for two peoples does not enjoy public support. Already in 1925, a group of Jewish intellectuals calling themselves The Peace Alliance (Brit Shalom, in Hebrew) tried unsuccessfully to promote the vision of a binational Jewish-Arab state in the Land of Israel. These days, a newly formed organization called the One State Foundation comprised of non-Zionist Israeli peace activists, Palestinians and Europeans is trying to leverage the idea. A March 1 statement introducing the organization claims the idea enjoys the backing of 30% to 40% among both Israelis and Palestinians. The Steinmetz and PSR pollsters found no more than 14% support for the idea among Israeli Jews and no more than 10% among Palestinians.

Along with the ideas of a confederacy and one state, civil society is trying to promote discussion of such plans as regional peace (the Israel Initiative and the Israeli Regional Initiative) or as a unilateral Israeli withdrawal from Palestinian territory (Commanders for Israel’s Security).

On the other hand, the Israeli and Palestinian establishments insist on adhering to the two-state solution. Netanyahu keeps paying lip service to the idea while at the same time paying a fortune in taxpayer money to the West Bank settlement enterprise. Labor Party Chairman Avi Gabbay waxes poetic about a two-state vision. “My parents left a country that had a majority of Muslims in order to be part of a country that has a majority of Jews,” Gabbay told the annual conference of the American-Israel Public Affairs Committee in Washington on March 4. “I intend to honor their wishes and to fulfill their dreams: a strong, secure and democratic Israel alongside a demilitarized Palestinian state."

Even the left-wing Meretz Party has not dared push ahead with alternative ideas. Veteran organizations such as Peace Now and the Geneva Initiative are also adhering to blueprints based on a division of the land between the two peoples. The peace plan Abbas presented at the UN also regurgitates the two-state solution based on the 1967 borders and implementation of the 2002 Arab Peace Initiative. However, only 26% of Palestinians evince any interest in a peace agreement these days — a sharp drop from the 45% who expressed support for it in June 2017. In contrast, 38% of Palestinians prefer an armed struggle against the Israeli occupiers, compared with 21% in the previous poll. On the Israeli side, too, current policy augurs trouble. Although 38% among the Israelis polled would rather have peace than a “decisive war” with the Palestinians (backed by 19%), a little more than six months ago 45% of those surveyed favored peace and only 12% chose the war option.

Given the current state of affairs, with Israel ruled by a right-wing, pro-settlement government and the Palestinian areas governed by chaos, any attempt to promote territorial compromise is doomed to fail. With every failure comes more disappointment. More disappointment generates further radicalization. According to a common saying, insanity is doing the same thing repeatedly and expecting different results. In this case, one can assume that repetition of the same activity would result in a worse outcome.