The Civil Administration in the West Bank has increased the information it requires from peace groups that organize face-to-face encounters between Palestinians and Israelis, and some activists say the new demands go much too far. 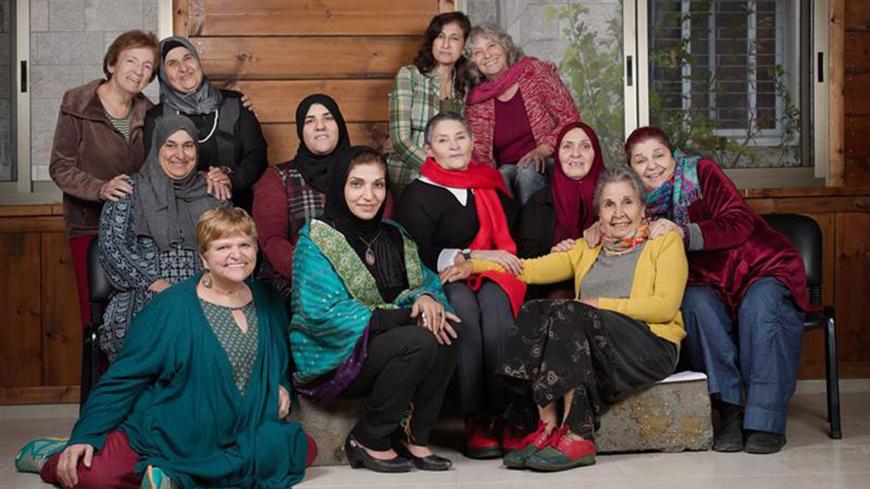 Israeli and Palestinian women meet as part of the activities of the Forum of Bereaved Families, Beit Jala, West Bank, in this image uploaded Nov. 29, 2017. - Facebook/crackinthewall/Charlie Avremi

Recently, the Civil Administration in the West Bank sent a warning to human rights groups in Israel, demanding that they follow its latest instructions to the letter when requesting exit permits for Palestinians from the occupied territories to participate in joint activities involving Palestinians and Israelis. The groups have been ordered to provide detailed information about the Palestinians for whom they request permits to enter Israel, as well as information on the sources of the groups’ funding, the training of their activists and the selection criteria for the positions they fill in the territories. They are also expected to provide details about their organizations, including the phone numbers of their members.

The groups were also ordered to provide detailed information about the workshops they conduct, the content of their encounters, speakers and any other information that could help the Civil Administration and Shin Bet to assess their requests in depth. These demands come in addition to the routine security checks already conducted by Shin Bet.

In the document, titled “Important Amendments to the Procedures Regarding Permits for Israeli Organizations,” the groups were warned that should they fail to follow the new procedures, they would be subject to sanctions and their requests for permits would be rejected.

The new procedures are a response to a violent incident last year, after an 18-year-old resident of Nablus stabbed four Israelis in Tel Aviv in April 2017. All of his victims suffered light wounds. He came to Tel Aviv as part of a tour organized by various Israeli human rights organizations for Palestinians from the West Bank. According to members of the groups, they accepted these new procedures initially because of the attack. But now, these rules have been made even tougher. The groups claim these restrictions threaten to shut down their activities to promote understanding and peace between Jews and Arabs.

Some activists claim that that the new regulations make it almost impossible to arrange encounters between the two populations and that they should therefore reject the Civil Administration’s excessive demands. They argue that the new procedures allow for excessive and unreasonable state involvement in the groups’ organizational structure, operation and staffing without justifiable security needs. Furthermore, the information about Palestinians interested in attending activities in Israel that the groups are expected to submit could expose them and put them at risk from their own people.

“I do not have the privilege of opposing these excessive demands, because it is our duty to continue with our sacred activities,” Rami Elhanan, the chairman of the Forum of Bereaved Families, told Al-Monitor. His group organizes encounters between Palestinian and Israeli families who lost loved ones in the conflict. He added that he has no doubt that one of the reasons for the new regulations is that the group’s activity runs counter to the political worldview of the decision-makers in Israel. “They are making our lives miserable by making it more and more difficult by the month.” It is, he says, all in line with the “domineering spirit of the times.”

Elhanan places the blame on Defense Minister Avigdor Liberman. He said that his group’s activities to promote peace challenge Liberman’s message to the public that there is no partner for peace, there is no one to talk to and there is no chance of resolving the conflict between the two peoples. It was for this reason, he said, that the defense minister tried to prevent a memorial ceremony in Tel Aviv for bereaved Israeli and Palestinian parents from taking place last year. Exit permits for hundreds of Palestinians were revoked and the ceremony itself faced cancellation. In the end, it was decided to split it up and hold two parallel ceremonies: one in the West Bank's Beit Jala and the other in Tel Aviv. Intense public interest in the event as a result of the defense minister’s involvement drew protesters from the far right. They physically and verbally attacked the participants and threatened to break up the event.

Another joint memorial ceremony is scheduled to take place next month. The Forum of Bereaved Families has already approached the Civil Administration with requests for exit permits for hundreds of Palestinians, hoping that this year they will again be able to shine a spotlight on all that Israelis and Palestinians striving for peace have in common. When asked by Al-Monitor if he thinks the document was intended to add additional restrictions to the procedures, Elhanan responded that he has no specific information that this is the case. Nevertheless, he added, it is obvious that the excessive demands are intended to make things difficult for them.

A source in the Civil Administration told Al-Monitor that it is impossible to ignore the young Palestinian’s attack last year on the Tel Aviv boardwalk. He said that the procedures were amended so that each request could be examined in depth. In this way, he explained, no Palestinians would be able to take advantage of the human rights groups’ activities to launch a terrorist attack in Israel. The source added that the mood in the territories is tense, and young people are more motivated to commit such attacks. He went on to explain that the Civil Administration must react to this mood and examine the requests accordingly. He stressed that there is not nor has there ever been an attempt to interfere with the activities of these groups.

Human rights activists tell Al-Monitor that they are considering refusing to cooperate with the Civil Administration’s new demands. “We feel as though our hands are tied. It is as if we have to agree to every demand they make because we have no choice. We do not want to shut down our activities. We work under difficult to impossible conditions anyway,” said one activist on condition of anonymity. Anyway, she added, the groups are unable to meet all the demands, especially those that constitute excessive and unjustified interference.