Kurds are now seeking to pressure the Iraqi central government from the top of the Shiite religious pyramid, asking Ayatollah Ali al-Sistani to help solve the crisis between Baghdad and Erbil. 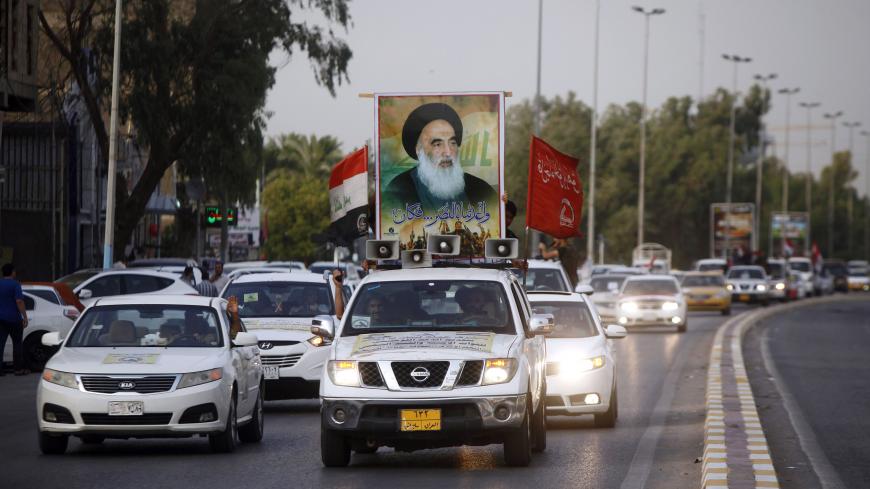 NAJAF, Iraq — With seemingly nowhere else to turn, beleaguered Iraqi Kurds are seeking salvation through Shiite religious authorities. The crisis between Iraq's central government in Baghdad and the Kurdish headquarters in Erbil appears to have laid waste to all other internal and external attempts to resolve the repercussions of the Sept. 25 Kurdish independence referendum.

Baghdad's latest salt in Erbil's wounds came March 4, when it cut the Kurds' share of the 2018 general budget to 12.6% from 17%. The Kurds then threatened to withdraw from the political process, as Massoud Barzani, the former president of the Kurdistan Regional Government (KRG), said this reduction was “undermining the rights of the Kurds.”

Masoud Haidar, a parliament member for the Kurdistan Alliance, on March 3 called on Grand Ayatollah Ali al-Sistani to help the Kurds in their plight. Sistani is well-known among Shiite parties, so the Kurds hope he will pressure Baghdad and resolve the situation.

On Feb. 28, a Kurdish delegation consisting of 20 members from several Kurdish political parties visited Najaf with the intention of meeting with Sistani, to no avail. However, Sistani’s representatives and clerics close to him did meet with the delegation in a closed session that day at Rafidain Center for Dialogue in Najaf province. According to a source from the delegation who spoke with Al-Monitor on condition of anonymity, the delegation stressed that the strategic alliance between Kurds and Shiites still stands: Both co-wrote the constitution and fought together against the regime of Saddam Hussein as well as the Islamic State (IS).

“Kurdish parties, specifically the Kurdistan Democratic Party [led by Barzani], sent more than one letter to Sistani asking to meet with him or requesting intervention to resolve the crisis with Baghdad,” the source said.

However, there appear to be positive, albeit indirect, signs from Sistani in this regard. Alaa al-Moussawi, the head of the Shiite Waqf (Endowment Fund) and a close associate of Sistani’s office, attended the meeting with the Kurdish delegation in Najaf. Some Kurdish politicians said Moussawi conveyed their message to the supreme Shiite authority.

“Sistani's office is working on reducing tension and defusing any crisis between Iraqis according to constitutional frameworks," Zeid Talaqani, the head of the Rafidain Center for Dialogue, told Al-Monitor.

A source from Sistani's office told Al-Monitor on condition of anonymity that the Kurds' messages to Sistani focused largely on the payroll issue, especially that of the Iraqi Kurdistan peshmerga, which fought against IS.

Sistani has played a major role in ending some of the political crises that have plagued Iraq through the years. However, in 2011, Sistani began refusing to meet with politicians because of their never-ending disputes. The Kurdish public may have better luck. On Feb. 20, a delegation of farmers from the KRG met with Sistani personally and asked him to help pressure the federal government into releasing their financial dues — and he promised he would.

Abyad added, “The pressure eventually resulted in a phone call between Sistani’s office and [Iraqi Prime Minister] Haider al-Abadi during which they discussed the Kurdish crisis.”

Sistani, who is considered the highest Shiite authority, has yet to express a direct position or take any public measures. He does, however, have unique channels of communication and special means to convey messages and recommendations to Abadi’s government, or any other party.