An unusual number of Iraqi media figures are running in the elections scheduled for May 12, joining a wide variety of lists. 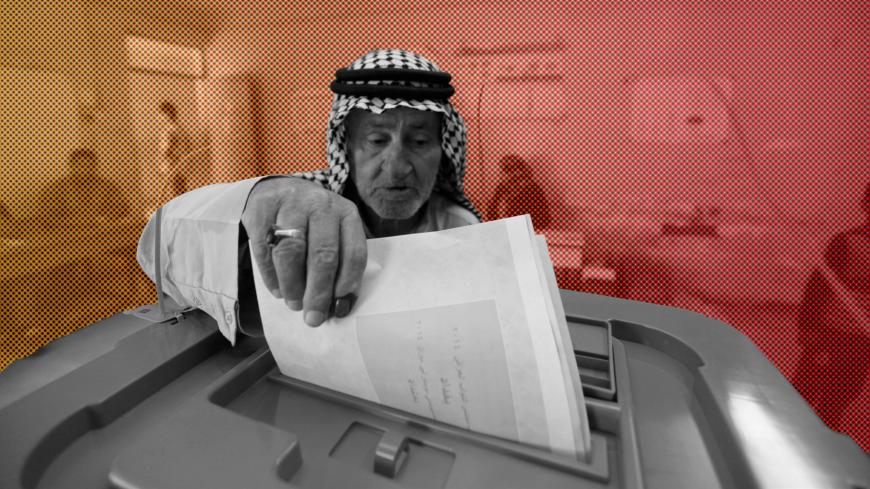 A man casts his vote at a polling station during a parliamentary election in Baghdad, Iraq, April 30, 2014. - REUTERS/Ahmed Saad

BAGHDAD — A record 30 Iraqi journalists and media figures have entered the political arena and presented their candidacies for the May 12 parliamentary elections, joining a variety of blocs and lists.

Though not all the candidates have yet announced their participation publicly, the High Electoral Commission lists has revealed the list of registered names, which include some women working in journalism. They all aspire to join parliamentarian Sarwa Abdul Wahid of the Change Party, who once worked for the American AlHurra TV.

Many of these candidates will be listed as independents.

Manal Almotasim is one journalist who aspires to reach the Iraqi parliament. Almotasim, who has worked for a decade in the Iraqi media and has presented various political TV programs, decided to brave the political world and join the Qarar al-Iraqi coalition headed by Sunni businessman Khamis al-Khanjar.

Almotasim has a good number of fans thanks to her work in the media and her presence on the screen. She told Al-Monitor, “Those who like me as a journalist might not want me in the political world that they are so fed up with. … At the same time, my audience might get me to the parliament.”

She added, “If I do not succeed, it would not mean that I will stop pursuing my career in media. It would be an experience like any other.”

Prominent journalist Ahmed Mulla Talal previously competed in two elections — in 2010 with the Supreme Council led by Ammar al-Hakim and again in 2014 with Nouri al-Maliki's State of Law Coalition. This time, Talal is running with the Al-Madani Party, which is funded by the director of Al-Huda bank, Hamad al-Moussawi.

Al-Madani is also fielding journalist Hadee Jalo Maree, who often criticizes politicians on social media. Maree told Al-Monitor that reporters and journalists are entering politics like doctors and intellectuals have done in the past, saying they're working to change the makeup of the political class that tends to only represent certain sects. He added that while not all the new candidates will make it into the government, “the point is to try and change the existing national, sectarian and religious approach in qualifying electoral candidates.”

Not everyone is pulling for this new class of candidates. Ziad Ojeili, head of the Journalistic Freedoms Observatory in Iraq, does not believe that journalists should run for election.

"Journalists would lose popular support if they win, as they would become the politicians they have been criticizing for the entirety of their career," Ziad Ojeili said, though history shows that it is difficult for any candidate to reach parliament if not through the sectarian pipelines that have supplied parliament members for the past 14 years.

These candidates are distributed across many blocs. Some are running with the Popular Mobilization Units, such as famous TV presenter Wajih Abbas, whose program on Sadrist Al-Ahd TV was very popular, while others like Falluja TV presenter Omar al-Jamal have joined al-Qarar al-Iraqi bloc, which considers the PMU a terrorist group.