The vast fleet of dilapidated vehicles on Iranian roads may disappear sooner than thought, though not everyone is optimistic about Tehran's latest attempt to get it done. 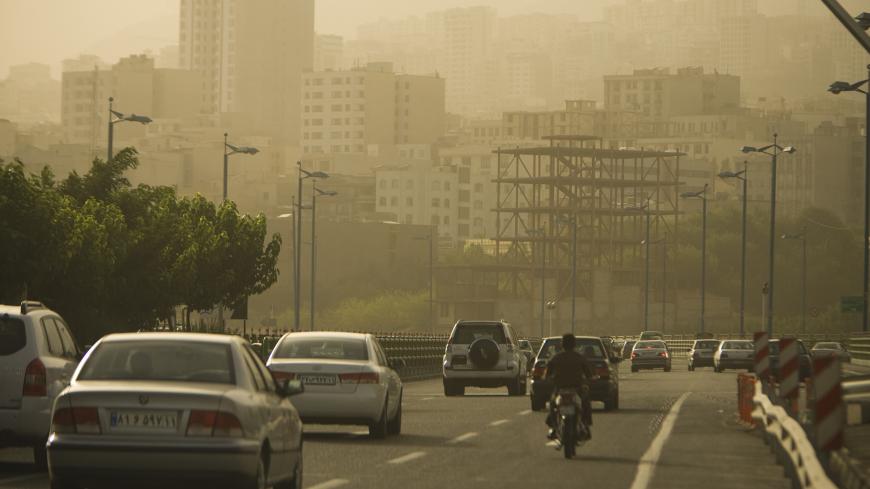 Motorists travel on a highway as the city is covered in dust, Tehran, Iran, July 6, 2009. - REUTERS/Morteza Nikoubazl

Major Iranian urban centers have seen unprecedented air pollution in recent years. According to officials, it is caused primarily by the many cars on the streets, with heavy vehicles including trucks and buses emitting 63% of air-polluting particles. An estimated 350,000 dilapidated heavy vehicles, according to the traffic police, are particularly large producers of pollutants. These vehicles also consume more fuel than newer vehicles. Aging cars, meanwhile, consume 60% to 100% more fuel than new ones, according to Mohammad Mehdi Talaei, a member of the Car Scrapping Crafts Union.

Iran has long sought to rid its streets of these aged vehicles. At least 1,230,000 such vehicles — some have put the number at more than 2 million — were scrapped in the decade ending in the last Iranian year (March 2016-March 2017).

A plan was devised four years ago to replace old cars with new, mostly imported ones. But the process has ground nearly to a halt due to a lack of coordination among different bodies as well as troubles with financing. A ban on car imports imposed in the current Iranian year further slowed down the process. Although the ban was lifted Dec. 31, only 110,000 out of the 800,000 dilapidated cars planned for this year have been scrapped so far, with less than a month remaining.

The plan has not been abandoned. Earlier this month, the government announced a major project to scrap 202,500 dilapidated heavy vehicles and replace them with new ones, to be launched in the next Iranian year. It is projected to take three years to complete at a cost of $7 billion. There are plans to extend it later on to include cars and motorcycles.

Valiollah Seif, the head of the Central Bank of Iran — one of the parties to the project — has said that it will be equally funded through domestic and foreign exchange reserves. According to Seif, as far as domestic reserves are concerned, purchasers will pay a portion of the price and be granted loans to pay the rest. “As far as forex reserves are concerned, the Oil Ministry will pay expenses either through credit financing or through money generated by fuel conservation,” he said at a seminar on overhauling the Iranian transportation fleet in Tehran on Feb. 6.

At the same seminar, President Hassan Rouhani said the project will involve multiple parties, including various ministries. He also praised “its numerous advantages, the most important of which is [protecting] the environment.” Regardless of the trade benefits and fuel conservation, the project to scrap dilapidated vehicles can be justified on a humanitarian basis alone: Studies show that air pollution has turned into a deadly hazard in Iran, causing one in every 10 deaths.

Many experts believe the project is in line with the government’s other plans to improve the domestic auto industry and to address unemployment, as the new vehicles will be produced domestically rather than imported from abroad. The plan is expected to help Iranian carmakers generate more income through increased production.

Yet the use of domestic carmakers is believed to be one of the main challenges of the project. Despite contracts signed with global giants such as South Korea’s Hyundai and Germany’s Mercedes-Benz Trucks to produce heavy vehicles in Iran as well as over a dozen contracts with foreign parts manufacturers, production at Iranian plants — whether state owned or private — has been decreasing in recent years. The latest figures put domestic production of trucks and buses at less than 15,000 from March 2017 to January 2018. Carmakers will have to produce an average of nearly 70,000 such vehicles per year to replace the targeted 202,500 to be scrapped. They are likely to struggle to meet current standards after years of not keeping pace with international standards, restricted by sanctions over Iran’s nuclear energy program.

Another challenge, probably even more important, is funding. Although the government has allocated funds in the coming Iranian year’s budget and the Oil Ministry will also provide financial backing, banks are still the main financiers. The banks’ failure to fulfill financial obligations on similar projects in the past raises concerns that this project will be no different.

In addition to all of these challenges, many owners of dilapidated vehicles are not willing to scrap their possessions due to economic hardships. The owners of these vehicles face no legal obligations or serious punishment for their refusal to scrap them.

If the experiences of other countries serve as an example, Iran must penalize those who refuse to scrap their dilapidated vehicles and simultaneously provide motivational policies such as the extension of financing to encourage them to buy new vehicles. The government and the Central Bank must also support the banking system to help it meet its part in realizing the project.