Iran dismisses Saudi talk of 'triangle of evil' as 'childish'

Iran’s Foreign Ministry accused Saudi Arabia of making accusations against Iran to hide its own failures in Yemen. 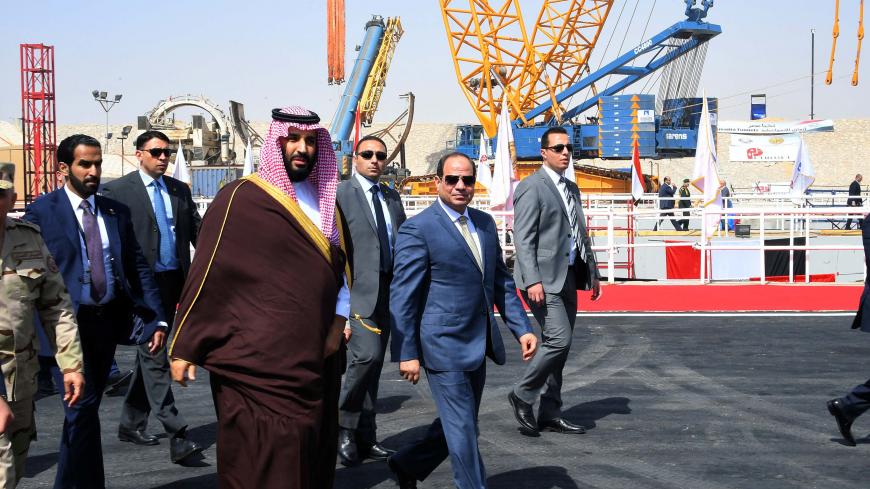 Iran’s Foreign Ministry has called the recent comments by Saudi Crown Prince Mohammed bin Salman about Iran, Turkey and the Muslim Brotherhood “childish,” and has instead invited him to Iran for a multisided dialogue.

During his first trip to Egypt since becoming crown prince, the Saudi leader — speaking to Egyptian media and borrowing from President George W. Bush’s infamous “Axis of Evil” State of the Union Speech — described Iran, Turkey and Islamist groups such as the Muslim Brotherhood this week as being part of a “triangle of evil.” Bush had included Iran, Iraq and North Korea in the axis in his 2002 speech, which helped pave the way for the 2003 Iraq invasion, one of the most disastrous and deadly US foreign policy actions.

During a press conference, Iranian Foreign Ministry spokesman Bahram Ghassemi said, “It is not a point of pride for someone who claims to be a politician and a Muslim leader to express incoherent words and imitate the speeches of dated politicians who unilaterally pushed the world toward destruction.” He said the crown prince “knows best himself who has fought against ISIS [Islamic State], violence and extremism.”

Ghassemi said "one must not be surprised” by such comments from some Saudi officials. He added, “One should not expect more from someone who has failed to understand the new world and region and is at the same time consumed by vile tribal ignorance and prejudices and uses derogatory, incorrect and childish language.” Ghassemi said small-minded individuals "imagine that in order to be seen [they must] resort to untrue, deceitful and hostile speech.”

In a reference to the arms purchases by Saudi Arabia from the United States and the United Kingdom, Ghassemi accused the Saudis of purchasing their security and being unable to rely on their own domestic capacities to ensure it. He said, “When security is purchased, history has shown that it will be used against itself.” Ghassemi said Saudi Arabia, having spread instability and extremism and stuck in a quagmire in Yemen, “has no choice but to resort to lying and relying on foreign powers and purchasing arms.”

In references to Saudi support for Iraqi President Saddam Hussein during the Iran-Iraq War in the 1980s, Ghassemi said Saudi Arabia is now trying to “erase its dark past with the use of words and dollars.” He said that rather than throwing around “useless and baseless words,” Saudi Arabia should engage in an inclusive dialogue on regional stability and security.

Ghassemi also again denied that Iran has any involvement in the war in Yemen, adding that the Saudis' accusations about Iran’s involvement are only to “compensate for their invasion and slaughter.”