Iranians have criticized Supreme Leader Ayatollah Ali Khamenei for claiming that there is free speech in Iran. 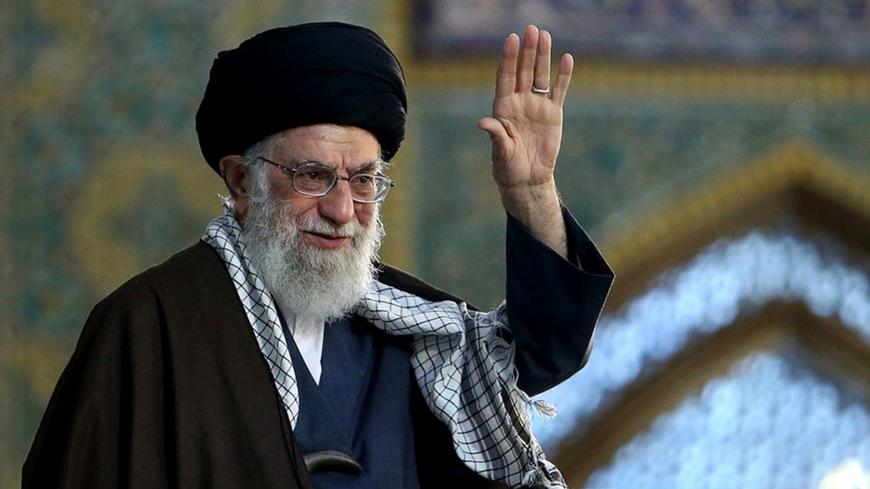 During his annual Nowruz speech from the city of Mashhad, Supreme Leader Ayatollah Ali Khamenei addressed the important issues of the year that has passed and discussed the upcoming year. One segment of his speech, however, stood out among others, which received a large reaction online.

During the speech, Khamenei said, “Some unfair individuals take advantage of free speech and say that there is no freedom in the country, and foreigners repeat this propaganda, while in the country there is freedom of thought, freedom of speech and freedom of choice.” He continued, “Today, no one under the Islamic Republic is pursued or put under pressure for being opposed to the government in their thoughts or views, and there is no intention to do this.”

Many individuals from various political persuasions tweeted examples that contradicted Khamenei’s assertion that in Iran individuals are free to express themselves. Babak Daryabak, a cleric with a picture of him sitting next to former President Mahmoud Ahmadinejad as his banner, tweeted about the former president's media adviser, Abdulreza Davari, who is serving a six-year sentence. “The imprisonment of Dr. Davari, not even for the expression of his views but for the expression of views of another individual in the comment sections of his Facebook page, is a clear example of freedom of expression in this country!” he tweeted.

Student activist Mohammad Ali Kamfirouzi tweeted, “This speech by the leader is not understandable for me.” His tweet continued that a report on him by the intelligence organization of the Islamic Revolutionary Guard Corps resulted in seven charges through the judiciary “only for a few simple criticisms in my speech.”

Ehsan Bodaghi, a journalist for Iran newspaper, which operates under the Hassan Rouhani administration, tweeted, “The leader stressed that there is complete freedom of speech, thought and choice, and no one is pursued for expression of their opinions. It would be very good that in order to prove this statement for him to hold a press conference. Journalists like me have many questions for him, such as on the issue of freedom of expression.” Since becoming supreme leader in 1989, Khamenei has not given any interviews to journalists or held a press conference. He has on occasion spoken to reporters on camera for specific occasions, but more to make a statement rather than answer questions.

Other Twitter users tweeted the names and prison sentences of activists behind bars for various actions, such as Leila Hosseinzadeh, who was sentenced to six years for protesting in front of the Labor Ministry. Others joked about the claim that there is freedom of expression in Iran, with one person tweeting, “The leader’s Iran is a parallel Iran we do not recognize.”