The Pentagon is sending nearly $20 million in high-tech help to the North African country as civil war rages in neighboring Libya. 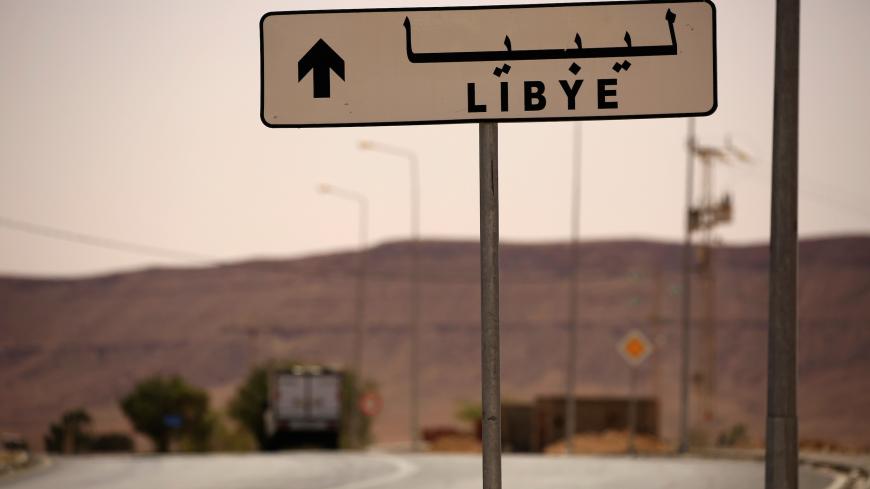 A road sign shows the direction of Libya near the border crossing at Dhiba, Tunisia, April 11, 2016. - REUTERS/Zohra Bensemra

The Pentagon plans to add nearly $20 million in high-tech sensors to Tunisia’s border, doubling down on US and European investments to stop migrants, extremists and drug traffickers from crossing from Libya.

Defense Department officials notified Congress of the move in a letter last month, drawing from a joint fund set up with Germany in September to secure Tunisia’s 300-mile border with Libya. Germany contributed funding that will be used specifically for the sensors.

“The funds will enhance the capacity of the government of Tunisia to detect and respond to threats posed by the trafficking of illicit materials,” Assistant US Secretary of Defense for Homeland Defense Kenneth Rapuano wrote in congressional correspondence reviewed by Al-Monitor.

The US Defense Threat Reduction Agency, a Pentagon office charged with countering weapons of mass destruction, kick-started a fence stretching along half of the Tunisian-Libyan border with a $24.9 million grant in 2016. Construction of the 125-mile barrier began less than a year after an attacker linked to the Islamic State (IS) gunned down 38 victims — most of them British tourists — near the resort town of Sousse on the Tunisian coast.

Tunisia faces a scourge of homegrown radicalism, with the latest official figures estimating that at least 800 citizens who joined IS and other militant groups have since returned from foreign battlefields. The CIA assessed in 2016 that IS had recruited as many as 6,000 Tunisians, and the spy agency labeled it as a “top source country” for recruits.

“The Tunisian government doesn’t have a real plan in terms of how to address this,” said Sarah Yerkes, a former State and Defense Department official now a fellow with the Carnegie Endowment for International Peace. “This is the problem of being a country in the midst of a democratic transition. Do you handle this in a democratic and a humane fashion or quick and easy?”

The United States and Germany have also tried to prevent chemical and nuclear weapons from Moammar Gadhafi’s era from getting loose, as disarmament has been slowed by Libya’s ongoing civil war. The Organization for the Prevention of Chemical Weapons verified that Libya fully destroyed its most threatening chemical weapons materials back in 2014.

Yet nonproliferation experts remain worried that radiological sources found in Libya’s dominant oil and gas industry, such as X-ray scanners, could be packaged into a dirty bomb as warring factions battle for control. While the impact of such an explosion might not be lethal, the toxicity emanating from the blast could leave areas uninhabitable, as happened with Japan’s Fukushima Daiichi nuclear power plant meltdown in 2011.

“If a [dirty] bomb goes off in the middle of a corn field in Iowa, not that many people are going to care,” said Miles Pomper, a senior fellow at the James Martin Center for Nonproliferation Studies. “If it goes off in New York or Tunis, it’s another matter.”

Over the past year, the Pentagon has also given Tunisia more than $20 million from its Global Train and Equip Fund, including body armor, outmoded helicopters, night vision devices and small arms such as M4 rifles and Russian-made PK machine guns.

In 2016, the latest year for which information is available, Tunisia relied on the United States for 10% of its military budget. The United States also has about 100 troops in the country, according to figures the Pentagon released to lawmakers last year.