Tunisia gets ready for refugee influx from neighboring Libya

Tunisia is preparing to receive a large influx of refugees in the event of escalation in neighboring Libya. 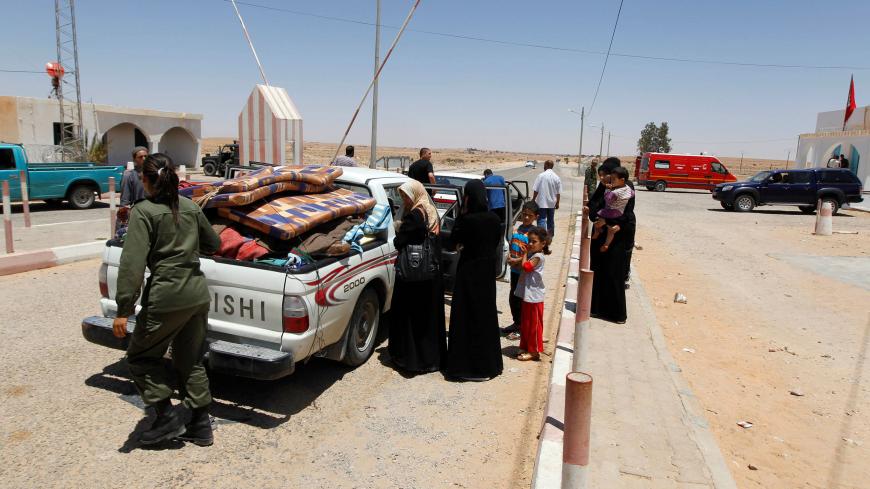 During the National Security Council meeting at the presidential palace Jan. 7, Tunisian President Kais Saied stressed the need for major security and humanitarian preparations to receive refugees from Libya in light of the escalation of fighting in its neighboring country. During his speech, Saied also emphasized the possibility of terrorist groups infiltrating along with the refugees.

The Tunisian president urged concerned countries and organizations such as the European Union and the Office of the United Nations High Commissioner for Refugees (UNHCR) to provide financial aid so that Tunisia could rise up to this challenge, stressing the need to monitor the land, sea and air borders and provide health care in the event of any emergency.

The forces of military commander Gen. Khalifa Hifter, who is supported by foreign powers such as the United Arab Emirates, Egypt and France, have been launching attacks since February against the forces of the internationally recognized Government of National Accord (GNA) headed by Fayez al-Sarraj. The GNA is backed by Turkey and seeks to take control of the Libyan capital, Tripoli.

On Jan. 6, the Tunisian Ministry of Foreign Affairs condemned Hifter’s forces for bombing the Military Academy, south of Tripoli, which resulted in the death of 30 students.

Tunisia called on all Libyan, regional and international parties to work for the immediate cessation of military operations and to abide by international legitimacy and the outputs of the Libyan Political Agreement.

Munia al-Naimi, director of Social Defense in the Ministry of Social Affairs and the ministry’s representative in the National Emergency Committee, said during a Jan. 8 press conference that she expects about 25,000 refugees to flock to Tunisia in the event of an escalating military operation in neighboring Libya. She noted that the ministry would provide social and psychological support for refugees arriving through the border crossings of Ras Ajdir and Dehiba in southern Tunisia, Tunisian IFM radio reported.

The head of the Tunisian Red Crescent in Medenine governorate on the border with Libya, Manji Salim, told Al-Monitor his organization is applying the emergency plan for refugee relief in coordination with the UNHCR, the International Organization for Migration (IOM) and the International Committee of the Red Cross, in anticipation of the influx of Libyan refugees.

He explained that this plan was first set up during the outbreak of the Libyan revolution on Feb. 15, 2011. At the time, Tunisia hosted more than 1.2 million Libyans and Africans, some of whom settled in Shousha camp in Medenine. This camp was closed by the Tunisian authorities in 2013.

Salim said that initially food, medical supplies and mattresses, woolen blankets and winter clothes for no less than 2,000 refugees are provided. He noted that in the event of an influx of refugees from Libya, a specific location in Remada in southern Tunisia was set to establish a new refugee camp, namely in Bir el-Fatnasia.

On Jan. 8, the secretary of state for foreign affairs in charge of running the Ministry of Foreign Affairs, Sabri Bash Tabaji, held a working session with UN Resident Coordinator Diego Zorrilla and UNHCR representatives, IOM, UNICEF and the World Health Organization to discuss field preparations related to the joint emergency plan, in anticipation of a refugee influx from Libya in the event of an escalation in the fighting.

During his meeting with security and military cadres on Jan. 7, caretaker Prime Minister Youssef Chahed affirmed that Tunisian security and military units stationed along the Tunisian-Libyan border were on high alert. He said that all forces were on standby in anticipation of an influx of refugees across Tunisia’s land borders.

In the same context, spokesman for the Ministry of Interior Khaled al-Hayouni told Al-Monitor that the security forces are in a constant state of alert along the land and sea borders with Libya, stressing that the regular border crossings should be fully secured in anticipation of illegal infiltration of persons or smuggling of weapons.

Hayouni noted the absence of an exceptional rise in the frequency of people infiltrating from the land border crossings from Libya toward Tunisia so far. “Vigilance is applied in anticipation of the infiltration of suspicious or armed persons,” he added.

On Dec. 25, 2019, Turkish President Recep Tayyip Erdogan met Saied on an unannounced visit to Tunisia. During a joint press conference after their meeting, the two presidents noted that discussions focused on the Libyan file and the issue of the refugee influx.

Tunisian political and human rights quarters are wary of the repercussions of the deteriorating security situation in Libya as Hifter's forces get closer to Tripoli. They fear the direct security, economic and social impact this deterioration could have on Tunisia, which has yet to form a new government and battles a fragile economic situation. 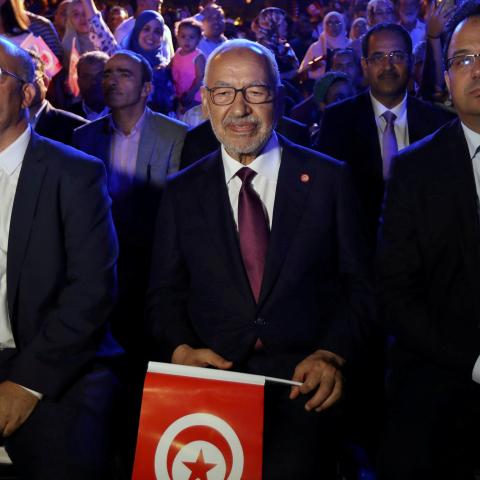