The recent decision by Syria to modify a small HEU-fueled research reactor will advance the possibility of a Middle East free of the civilian use of weapons-grade uranium. 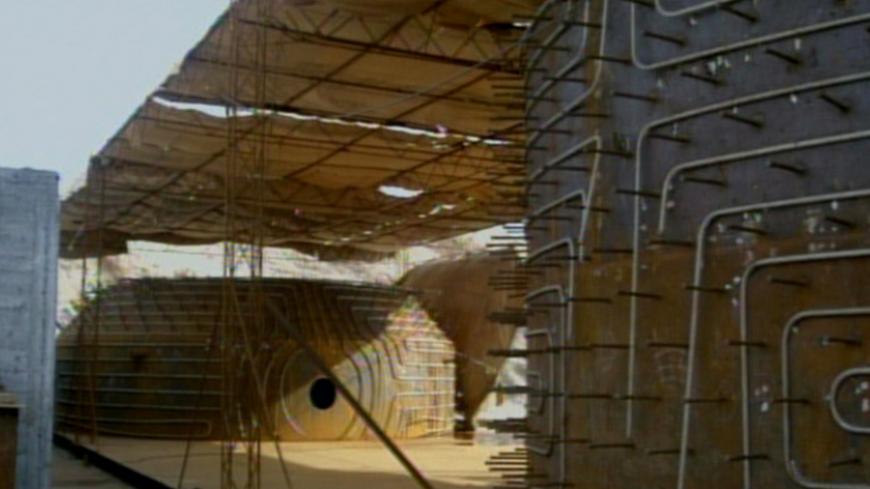 This undated image released by the US government shows the steel liner for the reinforced concrete reactor vessel before it was installed at the suspected Syrian nuclear reactor in Syria. - REUTERS/US government/Handout

Syria is willing to give up a small amount of highly enriched uranium (HEU) and to convert a nuclear research reactor near Damascus that uses this dangerous material to one that is fueled by low enriched uranium (LEU), nuclear experts say.

Miles Pomper, a senior research associate at the James Martin Center for Nonproliferation Studies, told Al-Monitor that he learned at a conference in Bucharest this week that the Syrians are seeking to modify a small HEU-fueled research reactor and have asked for technical assistance from the International Atomic Energy Agency (IAEA). Pomper, who advocates ending the civilian use of HEU worldwide, called the Syria initiative “a good step.”

The Syrian offer comes only months after the regime of Bashar al-Assad fulfilled a pledge to get rid of its stockpile of chemical weapons and precursors. This new initiative could be viewed as another effort to improve the regime’s tattered international legitimacy but it is not insignificant from a nonproliferation point of view.

Pomper told Al-Monitor it would be a contribution toward creating a civilian HEU-free zone in the Middle East. He said Israel is already planning to substitute a particle accelerator to make medical isotopes that doesn’t require HEU and Iran, the only other country in the region that has a small research reactor that uses HEU, might be persuaded to do so as well in the aftermath of concluding a nuclear agreement with the United States, the other permanent members of the UN Security Council and Germany.

It was not immediately clear when the HEU would be removed from Syria. However, Rose Gottemoeller, undersecretary for Arms Control and International Security, told Al-Monitor, “If it was possible to remove 1,300 metric tons of chemical weapons and precursors from Syria in the middle of a civil war, I don't see why it can't be done with a small amount of HEU."

HEU, despite its name, loses its radioactive properties very quickly and thus is particularly attractive to terrorists seeking to make an explosive device. Given the chaos in Syria today, it might be possible for a group such as the Islamic State to gain access to the reactor and the fuel.

The United States and the old Soviet Union routinely shipped HEU abroad along with research reactors in the 1960s. A decade later, after India diverted HEU to make a nuclear weapon, the superpowers began efforts to reduce the use of the material overseas. According to Pomper, there are still about 54 tons of HEU in civilian use in 29 countries across the globe.

The Syrian reactor was provided by China along with fuel, of which less than one kilogram is believed to remain. It is located at the Der al-Hadjar Nuclear Research Center near Damascus.

Andrew Bieniawski, vice president of the Nuclear Threat Initiative and a former senior official with the US Department of Energy (DOE), told Al-Monitor that China supplied five of the so-called miniature neutron sources reactors to foreign countries. In addition to Syria and Iran, the other three are located in Nigeria, Ghana and Pakistan, he said.

China is already working on producing LEU fuel for the Ghana reactor and is expected to take back the HEU core sometime later this year, Bieniawski said. He said the fuel has to be put in special packaging and is typically flown out of a country. DOE has been assisting China in how to safely transport the material.

“This is a big deal,” Bieniawksi said, and “China is showing leadership” by instituting a take-back program for HEU.

The Syria news comes days before the international community convenes in New York for a monthlong review of the Treaty on the Non-Proliferation of Nuclear Weapons, which came into force 45 years ago. Among the issues likely to be discussed is creation of a nuclear weapons free zone in the Middle East. A conference on the issue — proposed at the last review session five years ago — has not materialized but there have been preparatory meetings in Switzerland that have brought together representatives from Israel, the Arab states and Iran.

The Iran nuclear deal is also expected to be addressed and negotiations on finalizing the agreement may take place on the sidelines of the conference.

Pomper noted that Syria could do more to satisfy international concerns about its nuclear activities. He said that “the file is still open” at the IAEA about a plutonium production reactor that was under construction in Syria and destroyed by Israeli bombing in 2007.

Nevertheless, Pomper said the recent gesture by Damascus is “something we can celebrate” in a region wracked by civil conflicts, proxy wars and terrorism.