Saudi Arabia’s economic transformation is high on the agenda for the upcoming trip. 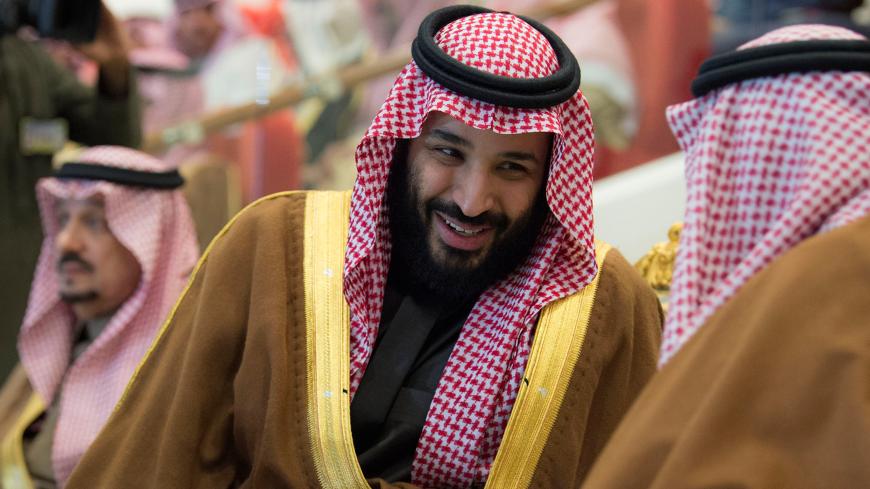 The weekslong tour starting in early March, with possible stops in Washington, Boston, San Francisco, New York and Houston, aims to demonstrate that Riyadh is open for business after Mohammed led a purge of more than 40 members of the royal family last year. The 32-year-old prince also serves as his country’s defense minister and is close to Donald Trump's son-in-law and senior adviser Jared Kushner.

“Part of it is the Saudi roadshow,” said Andrew Bowen, a visiting scholar at the American Enterprise Institute. “I think that they feel that the Saudi-US relationship needs to move beyond Washington.”

Coming on the heels of a planned visit to Britain and France later this month, Mohammed’s tour appears aimed at convincing Western officials that his self-described anti-corruption purge is making Riyadh safe for business. The prince — often referred to by his initials “MBS” in Washington policy circles — is spearheading the push to diversify Saudi Arabia’s oil-reliant economy, the so-called Saudi Vision 2030.

Each stop along the way is meant to build high-level links with America’s leading industries, from higher education at the prestigious Massachusetts Institute of Technology outside Boston to energy production in Houston. In New York, he is expected to address the possibility of listing state oil company Saudi Aramco on the New York Stock Exchange. Getting buy-in from the world-beating US tech sector will also be a key focus of the trip: Mohammed aims to sign a deal with Google parent company Alphabet to build a large technology center in the Gulf country, the Wall Street Journal reported today.

The crown prince has cultivated America’s technology giants before, visiting Facebook CEO Mark Zuckerberg in Silicon Valley during his last stateside visit in 2017. Mohammed also announced a $3.5 billion investment in the Uber ride-hailing service during a 2016 trip to San Francisco.

While it’s not yet clear who Mohammed would meet with in Washington, his visit would come amid growing US concerns about more aggressive Saudi foreign policy since he became king-in-waiting last year.

The Saudi Embassy in Washington in an email to Al-Monitor confirmed that the ambassador, Prince Khalid bin Salman, " along with relevant Saudi government entities, are working on organizing a trip for the Crown Prince; the details of which are still being determined."

Secretary of State Rex Tillerson notably urged Riyadh to be a “bit more measured and a bit more thoughtful” in its dealings with Lebanon, Yemen and Qatar late last year. Days earlier, Trump himself released a statement calling on the Saudis to allow food and medicine into Yemen to alleviate the humanitarian crisis.

The United States has also attempted to get Saudi Arabia to buy into its efforts to carve out a zone of influence in eastern Syria, but those efforts appear to have stagnated. Experts say the foreign policy conversations during Mohammed’s visit will likely seek to reaffirm US-Saudi ties but may get trickier when it comes to specifics.

“Washington and Riyadh have done the easiest part, which is the reset and the getting to know you,” said Hussein Ibish, a senior researcher at the Arab Gulf States Institute in Washington. “In 2018, we’re starting to get into the asks. The Saudis are going to be more specific about what they want in terms of intelligence sharing, the Yemen mission.”

While the trip has been rumored in Washington for months, it has been subject to delays as Riyadh wraps up its purge of alleged corruption. As of this week, 56 people reportedly remain in custody.