The mob attack in the West Bank town of Jenin on two Israel Defense Forces soldiers should be considered as a warning sign for the possible outbreak of a new intifada. 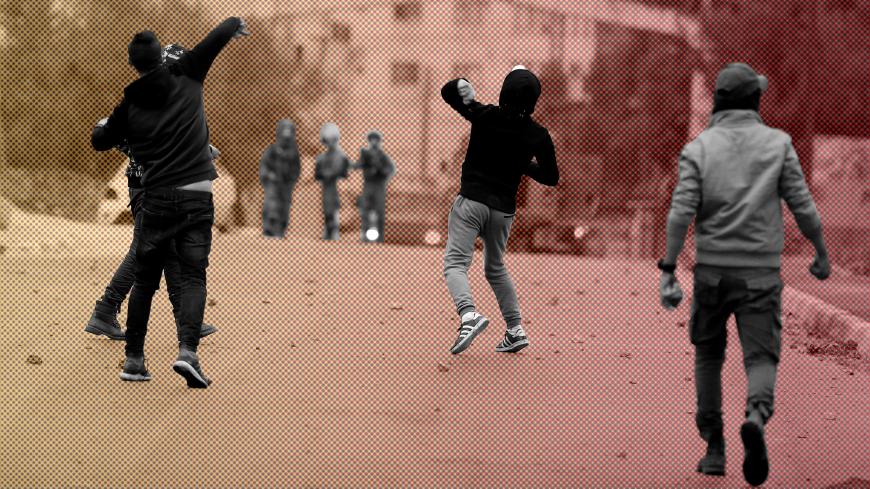 “Almost immediately we were surrounded by a mob that smashed a window and tried to hurt us. It was a true lynching. The only thing I could do was to scream until we were rescued,” recounted an Israeli soldier who was saved on Feb. 12 from an attempted lynching in the West Bank city of Jenin. The soldier was in a military vehicle that took a wrong turn and found herself, along with a male soldier, in the Palestinian town. A crowd of Palestinians surrounded the car, banged on it, pulled the two soldiers out and stole one of their weapons. A video filmed by one of the Palestinians shows the female soldier looking terrified, her face bleeding from cuts caused by the smashed window glass. Were it not for the intervention of Palestinian security forces, the incident could have ended a lot worse.

"The incident was potentially very dangerous and it ended the way it did only due to the conduct of the Palestinian police and the coordination with the Israeli civil administration," an Israeli military source told News 2 Channel. A Palestinian security source told the Ynet news site, “Israel must understand that though we are indeed committed to agreements [with Israel], and though we act upon them and intervene in such cases, we are not Israel’s new South Lebanon Army [SLA]. This won’t happen." The speaker referred to the Christian-controlled SLA militia that operated on Israel’s behalf in southern Lebanon until the Israeli withdrawal from there in 2000.

The attack on the Israeli military vehicle followed a series of raids on the Jenin refugee camp by Israeli troops searching for Ahmed Jarrar, who led the terror cell that murdered Rabbi Raziel Shevach from the Israeli West Bank settlement of Havat Gilad on Jan. 9. During these nighttime operations, Israel Defense Forces (IDF) and Border Police troops clashed with residents of the camp. While the violence served as the backdrop to the attempted mob lynching, it was by no means the only cause. Tensions have been running high in other parts of the West Bank, too, generating a sense of an impending explosion.

During one of the IDF’s operations in Jenin, on Feb. 3, a Tel Aviv resident accidentally entered the Palestinian village of Abu Dis, east of Jerusalem. Palestinian policemen extricated him safely, only after hundreds of the neighborhood residents surrounded his car, dragged him out, pelted him with stones and set his vehicle on fire. In fact, Israeli soldiers at a nearby roadblock spotted his vehicle, realized he was in danger and sounded the alarm. They contacted the Palestinian police, and so the Israeli citizen was saved from the angry mob.

An Israeli security source told Al-Monitor that the number of serious clashes between the sides has grown in recent weeks in what appears to be a severe escalation. Most of the incidents end without casualties and don’t make it into the news, but Israel’s security system senses a storm brewing, he added.

A senior Palestinian security official, speaking on condition of anonymity, confirmed the validity of the sentiment. “It’s true,” he told Al-Monitor, and said that Israeli troops were conducting raids in the West Bank almost every night. “Palestinians are taken out of their homes, and what you saw in Jenin is the result,” he said. The level of Palestinian rage, said the source, is reminiscent of the climate during the second Palestinian intifada, from 2000 to 2005. It augurs another popular uprising, he predicted. “There’s no future. The [Israeli] settlers do whatever they want, the [Israeli] army goes wherever it wants with impunity, and there is no change on the horizon. That has a cost. We as security forces will continue to follow orders and instructions by the president [Mahmoud Abbas] to maintain security. How long will that last? I don’t know. Not long, for sure.”

The unrelenting despair and tension in the West Bank generate contempt on the part of the Palestinians toward their security forces, in the best-case scenario, and outright hostility in the worst. Some of them view the Palestinian police as collaborators for allowing Israeli troops to operate in Palestinian towns and villages.

Anyone who thinks Israeli forces enter West Bank Area A (under Palestinian control) only to arrest terrorists like Jarrar is mistaken. This week, one of my oldest friends cried out for help — a Palestinian journalist from the town of Ramallah, who escaped there from the Gaza Strip in fear for his life after Hamas took over Gaza in June 2007. He told me that several days prior, IDF special forces knocked on his door in the middle of the night. “We were very frightened,” he said, speaking on condition of anonymity. “They pushed us all back with force and were looking for Ahmed,” referring to one of his grown sons. The soldiers pulled Ahmed out of bed and took him without saying why. I have known Ahmed well since he was a boy and the family lived in Gaza. Even now, the parents don’t know why he was taken. A lawyer they retained told them Israel was preventing Ahmed from meeting with legal counsel, for now.

Two days after the nighttime detention, with the family still reeling from the trauma, armed and masked Israeli troops burst into their home once more. This time they took Yasser, Ahmed’s brother. The family’s cellphones were confiscated. “They didn’t even let him get dressed, and it was cold out, very cold,” my agitated friend told me. “You’re asking me what the rage is about? What is the rage about? They’re even turning me — a good friend of Israelis — into a hater.” My friend said his two children are not linked in any way to security matters that could explain their arrests. However, his fury and change in attitude toward Israelis reflect the rampant anger among the Palestinian public that could turn violent any minute.