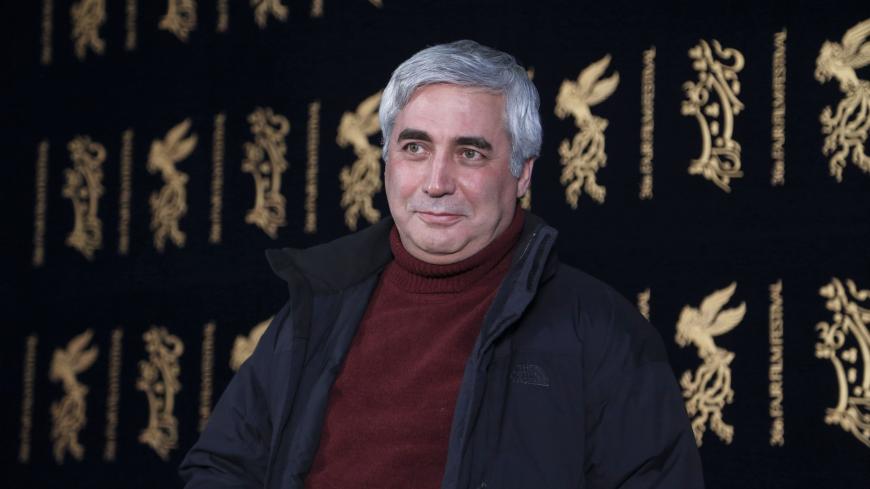 Iranian director Ebrahim Hatamikia's "Damascus Time” is the first major Iranian film about the country's presence in Syria. Ever since its first screening at Iran’s Fajr International Film Festival in February, the film has caused controversy, both for its take on the subject and its artistic value.

“Damascus Time” narrates the story of an Iranian cargo plane that leaves Tehran for Syria. The time frame is unclear, but the focus is on the efforts of the Iranian volunteers who are fighting against the Islamic State (IS) in Syria. While on a mission to deliver humanitarian goods, the two pilots are caught by IS fighters and held captive. The film was recorded at different air bases in Iran as well as in Damascus, and includes several scenes showing IS fighters beheading hostages and depicts the propaganda work of terrorists.

At the festival in Fajr, the film won awards for best director and best soundtrack. But like many of Hatamikia's films, “Damascus Time” is controversial, both in terms of subject and point of view.

Hatamikia, 56, is one of Iran’s best-known directors. He enjoys the reputation of an ideological but nonetheless critical filmmaker who is loyal to the ideals of the Islamic Revolution and the concept of jihad. His fame reached its climax in 1998 when he made “The Glass Agency,” a drama about the suffering of an Iran-Iraq War veteran who needed an immediate operation but failed to get it. The film did not only criticize the treatment of war veterans but also the post-war system that had distorted the ideals of the 1979 revolution.

Although some commentators consider him an ultraconservative and staunch enemy of the Reformists, Hatamikia is known as an admirer of former Reformist President Mohammad Khatami, who is currently banned from all political and media activity. Furthermore, the director has supported Reformists and moderates in the past eight years. During the presidential elections in 2013 and 2017, he supported moderate Hassan Rouhani, and in 2009 he voted for Mir Hossein Mousavi. In 2011, he made a film titled “The Report of a Party,” which is about the 2009 post-election events that led to the house arrest of Reformist candidates Mousavi and Mehdi Karroubi. The film was banned by hard-line Mahmoud Ahmadinejad’s government and furiously attacked by Kayhan newspaper, the mouthpiece of the ultraconservatives, which branded “The Report of a Party” and a number of other films by Hatamikia as being against Islamic culture and the Islamic Revolution.

Following the harsh attacks on “The Report of a Party,” it seems Hatamikia reached an agreement with the conservatives. In 2016, he made his cinematic comeback with financial support of Owj Art and Media Company — a wealthy institute that is close to the ultraconservatives.

“Damascus Time” is the second film Hatamikia has made with Owj funding. Like many of his other films, it has received mixed reviews, but unlike his other films, it was applauded by conservatives and criticized by Reformists. The latter said the film does not represent the reality of IS.

Ahmad Mazani, a Reformist parliamentarian, told ILNA news agency Feb. 8 that although Hatamikia is a skilled director with deep views on different issues, his new film is “caught in slogans” and far from reality.

The Reformist Bahar newspaper wrote Feb. 4, “’Damascus Time,’ the new film by Ebrahim Hatamikia, was screened at the Fajr Festival. The beautiful memories of [viewers from] Hatamikia’s previous films were the most important driving force [behind] the curiosity of his audience.” It added, however, that the new film did not have the same standards: “The gladiatorial and unrealistic scenes in a film that only uses scary sounds and scenes of explosions to attract its audience not only deprives the audience of any imagination, but in some cases more closely resembles sci-fi films.”

In response to such criticisms, Hatamikia said at the press conference after the first screening in Fajr on Feb. 5, “I read in an article that the IS fighters adopt brutal approaches, and these behaviors have been seen in the videos and clippings released by IS, such as the beheadings of foreigners." Hatamikia then compared the IS fighters with characters and scenes of the film "Mad Max: Fury Road," saying that IS terrorists operate in this kind of environment.

In regard to the violence of IS and the drowning of hostages, Hatamikia said that from what he had researched, the behavior of the IS fighters is violent. “I did not live with IS to see exactly how they operate [and] I’m definitely not a Wahhabi,” he said.

Expressing his own opinions on IS, Hatamikia noted, “IS has lost the land battle and is now moving to Libya, but they exist, and they can’t be destroyed easily. When IS attacked the Iranian parliament, I was shooting my film and my belief is that we should talk about them.” He also expressed hope that “Damascus Time” is screened across the Middle East.

Describing his intention behind making this film, Hatamikia said, “Now I consider myself a soldier for the country and the political system and my heart beats for those who engage in jihad.”

Meanwhile, Iran’s reform-minded Foreign Minister Mohammad Javad Zarif watched the film shedding tears for the Iranian volunteers in Syria, who he called the defenders of the shrine. He described the film as a masterpiece. After Quds Force commander Gen. Qasem Soleimani watched the film, he told Hatamikia, “'Damascus Time' made me cry. “

Ali Motahari, an outspoken moderate member of parliament, wrote on his Instagram page, “The film portrays the thoughts and ideology of IS for the viewers, and it also reveals the danger they pose for the whole Islamic world. … This film portrays well the sacrifices and efforts of Iranian, Afghani, Pakistani and Lebanese volunteers.”