Despite crackdowns and unfulfilled promises by politicians, female soccer fans in Iran continue to protest — and to cross-dress — in their efforts to attend matches at stadiums. 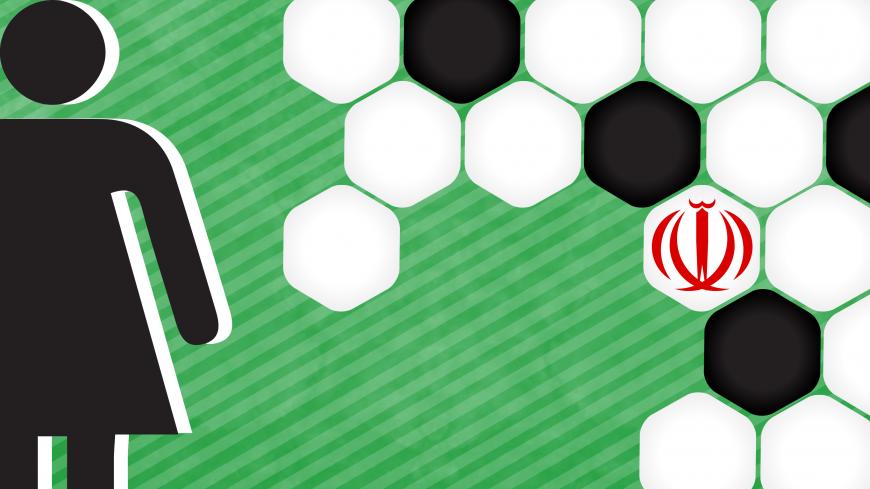 I was in the Italian city of Milan on April 15, 2015, when I decided to attend the local soccer match at San Siro Stadium. Milan had been one of my favorite teams since childhood, and San Siro seemed like a good choice for my first time seeing a soccer game live at an arena. Since emigrating from Iran in 2012, I had often dreamed of the day. In fact, I had been dreaming of the day since I was 10 years old.

My fantasy began one summer in the city of Ahvaz, in southwestern Iran, the night I watched Italy play Nigeria in the 1994 FIFA World Cup, held in the United States. From that day on, soccer became a big part of my life. I was a diehard fan, whether following the Iran league or European soccer leagues, watching on television and listening on the radio. Every morning, I bought the sports pages. I owned the scarf, hat and T-shirt of my favorite team.

Despite my enthusiasm, I couldn't go to a stadium to watch a match. As a little girl, I was in love with a sport that I knew I could never see in person in Iran unless I met one condition — to somehow not be a female.

As the years passed after my 10th birthday, the gates of Iran’s soccer stadiums remained closed to women. After I changed location, on one spring day I finally got through the gates of a stadium and sat on the fourth level, at San Siro. Although San Siro had felt like a dream, it was not my dream choice. My real dream stood thousands of kilometers away, inside the gates of Tehran’s Azadi Stadium, where I wanted, and still want, to watch the big Tehran match.

The story of my forbidden love and rejection at soccer stadiums is the story of many women in Iran. These women have tried and tried for years to knock down the barrier in their way. They launched a campaign in 2005 called White Scarves in “defense of women’s right to enter soccer stadiums.” They also wrote to the world soccer federation, FIFA, to protest gender discrimination at sports arenas in Iran. They challenged the inequality on social media and through news outlets. Women cheered outside the entrance to Azadi while witnessing the double standard of non-Iranian women being allowed to enter to watch their country’s team play against Iran. Some even tried to enter stadiums dressed as males. The media spread news of their arrests.

The women's efforts elicited promises from Iran’s current president, Hassan Rouhani, and his predecessor, Mahmoud Ahmadinejad, of a more open society in which women could attend sporting events. These promises remain unfulfilled, as senior Shiite clerics have remained opposed to lifting the ban on women entering stadiums. According to them, the presence of female fans among male spectators is “against Sharia and an apparent fall [or clear disregard] from Islamic values.”

Has the clerics' opposition weakened women’s resolve to enter soccer stadiums? As this year’s premier league games kicked off in Iran, pictures and videos surfaced of women entering stadiums in cities across the country. They dressed in men’s clothing and wore wigs or hats and fake beards and mustaches. The transformation seems to have improved their chances of success.

Shabnam, from Ahvaz, told Al-Monitor, “Our symbolic move and peaceful protest is to draw serious attention to this issue. This is the only way that comes to our mind. If we want to enter as ourselves, they will not let us in. They didn’t let us enter during the Iran-Syria game [on Sept. 5, 2017], but they let Syrian women enter Azadi Stadium and watch the match. Currently, this is the only way to impose pressure, which many other girls and I have done.”

Shabnam got past the gates at Ghadir, in Ahvaz on Dec. 23, and watched Foolad Khuzestan of Ahvaz play Tehran’s Persepolis for the first time. “It had been my dream to go to the stadium since I was a child,” Shabnam told Al-Monitor. “A lot of times, when watching the games on TV, I would listen to the noise coming from the stands instead of listening to the sportscaster and would cheer along with the spectators from my home. … I finally decided to be a man for a day, with all the pain that accompanied it. [I had to] clip my nails, take off my nail polish, use hair dye to draw on a beard and mustache for myself, and go to the stadium with a wig and men’s clothing.”

In 2006, Iranian director Jafar Panahi’s critically acclaimed film “Offside” brought international attention to the struggle of Iran's female soccer fans. The film, which is yet to receive a permit for public screenings in Iran, is based on a true story. The main characters, six young girls, try to get into Azadi while dressed as men to see the 2006 World Cup qualifying match between Iran and Bahrain. Unlike those in the film, who all got arrested, Shabnam, with the help of male family members, was able to get into the stadium to see her favorite team play. She told Al-Monitor, “When I saw the grass field, I stared at it and was about to break into tears. … It’s true that this was a different experience, but the fact that you had to change your identity and were no longer yourself or were scared of being caught all detracted from the joy of watching soccer in a stadium.”

She added, “Many will succeed in this path, but many will also be arrested. However, this movement that has been started will at least help [bring attention to our] demand for women to have the right to enter stadiums and not let this be forgotten.”