Pro-Israel advocates trying to fight boycotts of Israel's settlements face a new urgency as the UN turns its spotlight on the West Bank, but legal challenges to federal and state laws are creating significant hurdles. 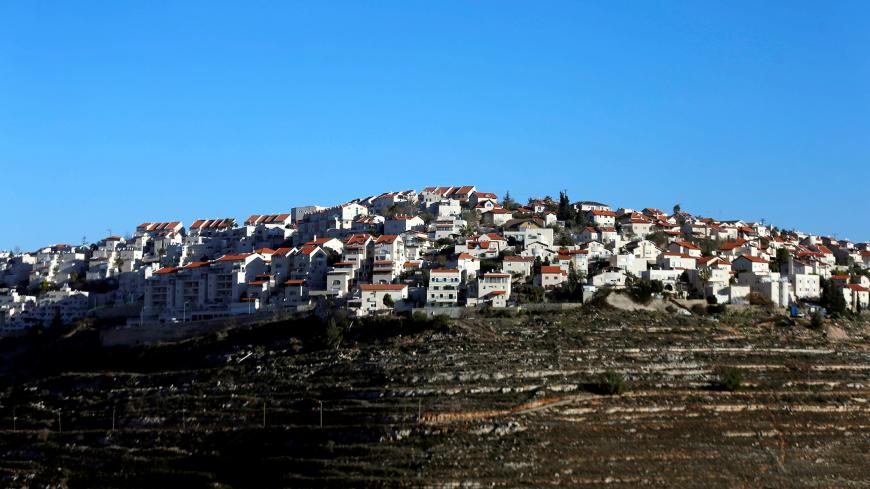 Houses are seen atop a hill in the Israeli settlement of Givat Ze'ev, in the occupied West Bank, Feb. 7, 2017. - REUTERS/Ammar Awad

Pro-Israel groups are doubling down on their efforts to pass anti-boycott legislation in Congress after a string of recent setbacks.

The Office of the UN High Commissioner for Human Rights announced last month that it is examining 206 businesses for inclusion in a potential database of companies operating in the West Bank, including 22 US firms. Just the day before, foes of the international boycott, divestment and sanctions (BDS) movement lost the first legal battle over their efforts when a federal judge placed an injunction on a Kansas law requiring individuals and companies contracting with the state to sign a certification indicating that they are “not currently engaged in a boycott of Israel.”

In response, the American Israel Public Affairs Committee (AIPAC) is urging Congress to “move quickly” to adopt bipartisan legislation that has run into stiff opposition from free speech advocates.

“The legislation is essential to protect our ally Israel and American businesses that could be the target of a boycott,” AIPAC argues in a statement.

The Israel Anti-Boycott Act specifically targets UN Human Rights Council efforts to obtain information on US companies operating in the West Bank by amending the Export Administration Act to prevent “any United States person” from supporting “any boycott fostered or imposed by any international governmental organization against Israel or request to impose any boycott by any international governmental organization against Israel.” The UN actions have come in part because Israeli settlements in the West Bank are considered illegal under international law.

The Export Administration Act, originally passed in response to the Arab League boycott of Israel, bars US companies from complying with internationally organized boycotts against countries friendly to the United States.

The pending bill “would apply to any US person,” said Brian Hauss, an attorney with the American Civil Liberties Union (ACLU), which opposes the bill. “So anyone who says I’m not going to buy products [in] the UN Human Rights Council database … would be violating the act.”

Despite the overt language referring to “any United States person,” Sen. Ben Cardin, D-Md., the bill’s main sponsor in the Senate, argues that it is only applicable to US companies. Congressman Peter Roskam, R-Ill., introduced an identical version in the House that has 269 bipartisan cosponsors.

“If the United Nations Human Rights Council requests information from an American company about its business dealings in Israel or Israeli-controlled territories as part of an effort to compile a blacklist of companies doing business with Israel, the bill would prohibit the company from responding,” Cardin wrote the ACLU in a letter last year.

Cardin has indicated that he is open to amending the bill to address the ACLU’s concerns if the bill's 51 co-sponsors are on board. A proposal to restrict the bill solely to US companies, however, may not be enough.

In his letter to the ACLU, Cardin also denied that the bill “creates potential criminal or civil liability.”

Yet the bill stipulates that violators “shall be fined” in accordance with the International Emergency Economic Powers Act, which levies a civil fine of up to $250,000 “on any person” violating the act and a criminal fine of up to $1 million. Further complicating matters, although the Israel Anti-Boycott Act itself only specifies financial penalties, the underlying statute it uses to assign penalties also allows courts to sentence violators to up to 20 years in prison.

Even some opponents of boycotts on Israel and its West Bank settlements believe that the Senate bill needs to be reworked.

“I see why Senator Cardin would want to make some clarifying changes to the bill,” Orde Kittrie, a law professor at Arizona State University and senior fellow at the hawkish Foundation for Defense of Democracies, told Al-Monitor. “The current anti-boycott law has been on the books for decades and it’s been upheld as constitutional. And I think it should be possible to draft and pass and enact a law that expands the current anti-boycott provisions of the Export Administration Act to boycotts fostered by international organizations.”

Kittrie added, “There are a number of occupations, including the Turkish occupation of part of Cyprus, the Russian occupation of Crimea and the situation in Morocco and the Western Sahara but the UN Human Rights Council is focused just on Israel. You have to look at an organization that has just bashed Israel again and again and again and wonder is this really just about settlements?”

However, critics such as Lara Friedman, the president of the Foundation for Middle East Peace, a nonprofit opposed to Israeli settlements, fear that the broad bill could render activists legally liable for publicizing information on Israeli settlement activity based on the UN list. Friedman takes exception to lumping boycotts of Israeli settlements in the West Bank together with broader efforts to boycott Israel proper.

“Boycotting settlement products is not a boycott of Israel,” Friedman told Al-Monitor. “It’s about differentiating between the West Bank and Israel.” She argues that the purpose of the pending legislation is to “blur the line between Israel and the West Bank.”

AIPAC, for instance, is simultaneously urging lawmakers to pass the Combating BDS Act, which is intended to provide legal cover to the 23 states with laws currently on the books to curtail BDS efforts. The bill defines BDS as a boycott of “Israel” or “Israeli-controlled territories.”

Friedman refers to the state laws as “gag bills.” Like the Israel Anti-Boycott Act, they have also come under fire from civil liberties advocates such as the ACLU, which initiated the court challenge leading to the injunction against the Kansas law.

The ACLU’s victory in Kansas and its challenge to the Israel Anti-Boycott Act have forced some pro-Israel advocates to seek a balance between preserving constitutional rights and cracking down on boycotts of Israel and Israeli settlements.

“The Kansas law is problematic,” Kittrie acknowledged. “I think the idea of countering BDS through state and federal legislation is one which I think can certainly be done in a manner consistent with the Constitution. It looks like maybe the Kansas bill just wasn’t drafted well enough.”

Others, however, have doubled down on the Kansas approach. Last week, three pro-Israel groups, StandWithUs, the Israel Project and the Israel Allies Foundation, filed an amicus brief in support of a 2016 Arizona law that is subject to another ACLU lawsuit. Like the Kansas law, the Arizona law forces state contractors to sign a certification disavowing boycotts of Israel.

And in Florida, Republican state legislator Randy Fine is using a 2016 anti-BDS law to demand the cancellation of two upcoming concerts by pop star Lorde in response to her refusal to perform in Israel. The law bars Florida and its local governments from engaging in more than $1 million of business with any organization that boycotts Israel. Fine is also pushing the legislature to strengthen the law by eliminating the $1 million threshold.

Opponents of the law, meanwhile, are skeptical that legislation inherently meant to restrict boycotts can be done constitutionally.

For instance, the Ohio state legislature is currently advancing a non-binding resolution that condemns the BDS movement as anti-Semitic and takes aim at BDS activists on college campuses. Ohio Gov. John Kasich signed a law in 2016 similar to the Kansas and Arizona laws.

And a 2016 New Jersey law strikes a more delicate balance by directing the state to divest retirement funds from companies boycotting Israel or Israeli-controlled territory. In December, New Jersey announced that it sold off its investments in Denmark’s largest bank to comply with the law as the bank refuses to do business with two Israeli companies.