Egyptian graffiti artists keep a low profile, fearing that they will be arrested both for vandalism and political charges. 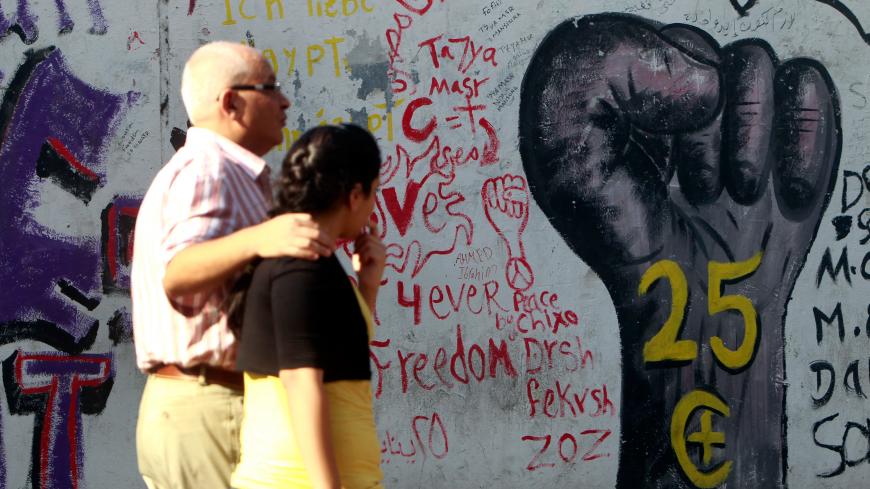 An Egyptian man walks with his daughter past graffiti of a clenched fist showing a crescent and a cross that reads "January 25 Revolution" during a sit-in at Tahrir Square in Cairo, Egypt, July 20, 2011. - REUTERS/Amr Abdallah Dalsh 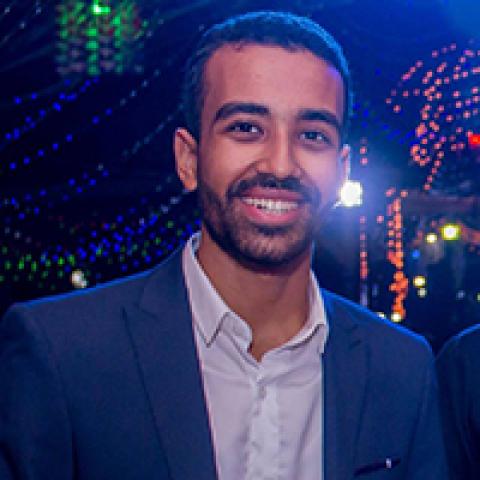 Graffiti started covering the walls of Tahrir Square in Cairo and other urban areas in Egypt's governorates during the January 25 Revolution and the period that followed. The murals documented the unfolding events of the revolution and voiced the people’s demands of freedom and democracy.

Today, seven years later, the drawings and slogans are gone. The famous murals that once covered the walls of downtown Cairo, namely the graffiti on Mohammed Mahmoud Street, have been cleaned up. The protests these murals depicted have been wiped out gradually, almost as an attempt to erase the revolution from the people’s memory.

According to Article 361 of the Egyptian Penal Code, deliberate damage or destruction of fixed or movable property is punishable with imprisonment and a fine depending on the nature and graveness of the damage. Egyptian security forces have many arrested graffiti and street artists since the January 25 Revolution. According to data released by the Association of Freedom of Thought and Expression, an Egyptian organization established in 2006 by a group of lawyers and researchers to defend freedom of expression, at least 22 street artists have been arrested over the past seven years.

However, June 30, 2013, was a turning point for the graffiti art of many Egyptian artists.

“Arresting graffiti artists is not something new. The police have been apprehending them since 2011 on charges of damaging and vandalizing public property. But after the new regime came to office on July 3, 2013, artists have suffered from further restrictions, censorship and punishment, which caused many to stop drawing altogether, especially political murals [in public spaces],” Hossam Fazola, a researcher on freedom of creativity with the Association of Freedom of Thought and Expression, told Al-Monitor.

The risks may not always be limited to a fine or jail time. Two street artists were killed under mysterious circumstances in 2013-14. In July 2013, artist Issam Issa was killed during the clashes at Rabia al-Adawiya, or what Egyptians call the “events of the Minassa Podium,” right where President Anwar Sadat was gunned down in 1981. Almost a year later, artist Hisham Risk disappeared for a week before his body was found in a morgue, where the autopsy revealed he was drowned. But many of his relatives believe he was “deliberately killed for his political position,” as he was a vocal critic of the regime.

“Graffiti artists no longer face only vandalism and destruction charges but also criminal and political charges, which could ruin their future, in light of the current anti-demonstration law [passed by President Abdel Fattah al-Sisi, allowing for the arrests of peaceful protesters]," Fazola added.

Security forces arrested four people while they were drawing murals, charging them with “protesting without permission and rioting,” an article in the Egyptian ONA news agency stated in December 2013.

Graffiti artist Ahmed Fathy told Al-Monitor, “After the revolution, I could still go out with my paints and tools and stay for three or four hours in the streets drawing murals depicting any subject, without any fear of being arrested. Things changed in mid-2013. The police started arresting whoever walks in the street with a brush or a spray can. But we are no longer facing [simple] charges such as vandalism but far more serious than this. I was arrested several times, but I'm lucky enough to have good connections and financial means; otherwise, I would still be in jail.”

Street artist Mohammed Khaled told Al-Monitor that artists now are facing more difficulties than before. He said that they were being defamed and libeled in state-owned media outlets, and that all means of funding and support for their projects at home or abroad were being cut, even when their work had nothing to do with politics or their political stand.

In February 2015, the Egyptian prosecution issued an order to confiscate the book “The Walls of Freedom,” which documents graffiti arts and protest murals during the revolution, under the pretext of “inciting against the state, the army and the police.”

Many artists continue to draw in secret in the side streets away from the eyes of the police. According to Fathy, when a new opportunity presents itself, street artists will flood the streets once again. 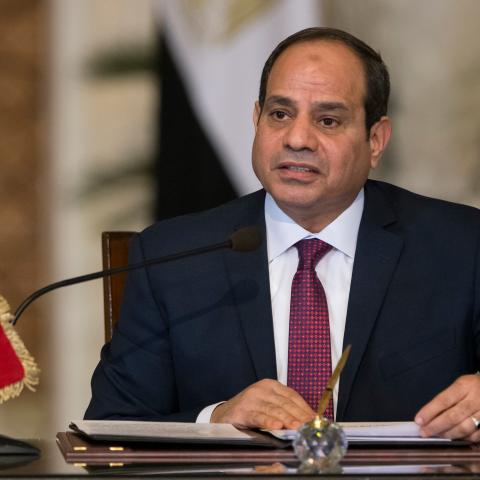