Turkey’s graffiti artists have started taking their work not only to the museums and art galleries, but also to the corporate world. 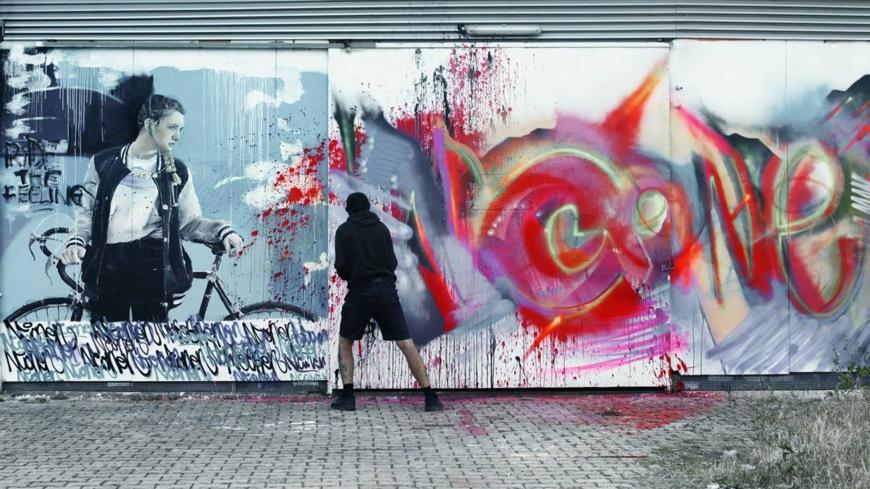 Getting an underground graffiti artist to talk on the record is not easy, even in the calm Aegean city of Izmir where police turn a blind eye to graffitists. After assurances to use only his “tag” and not to take any photos that show his face, Nconen agreed to meet at a cafe aptly called Duvar, Turkish for "wall."

“They know me here,” he told Al-Monitor, explaining that the three black-and-white murals on the walls are his. One of them is the portrait of Mexican artist Frida Kahlo, done in a classical style that contrasts with the caricatural portraits or splashes of color seen in his street artwork. Nconen is a student at the Fine Arts Faculty of Dokuz Eylul University in the morning, professional graffiti artist drawing commissioned work in the afternoon and an underground graffitist at night. A year ago, at the height of the state of emergency in Turkey, he went on a painting spree in downtown Izmir with two Slovak colleagues from a group known as RCLS ("Rascals") who draw graffiti on trains and metro cars all over the world and film their work under the title "The Show Must Go On." Nconen said, “One of them was caught by the police and got deported. I managed to escape with the other one. I felt very alive then."

He added, “My real passion is the work I do at night. But you need money to buy spray paint. So I have to work during the day.”

Born in the underprivileged Esrefpasa district of Izmir, Nconen explained that he, like the young people of his neighborhood, has always been a rebel. “I listened to rap and painted disturbing images on a piece of paper,” he mused. Then his parents sent him to a language course in London, and there he saw the graffiti in the metro stations, particularly in the poorer areas. When he returned to Turkey in 2009, he was determined to be a graffiti artist.

His first attempt in Ankara ended up at a police station. “The neighbors thought we were going to write political slogans, so they shopped us to the cops,” he recalled. “We were immediately taken to the police station. When we managed to explain to them that we had no intention of writing anything political but simply write our tags, they were even angrier. One of them said, ‘Why the hell did you keep us busy all night if you were not even going to write anything political?’”

Nconen’s encounter with the police was notably smoother than that of Tunc Dindas, better known as Turbo, who was charged with one year in prison some 30 years ago. In the Turkish world of graffiti, 46-year-old Turbo is known as the “father” of Turkish graffiti or “the guru” — particularly after he became the first Turkish graffiti artist to participate in the Istanbul Biennial, Turkey’s most important art event, in 2005.

“I was caught drawing graffiti on a railway bridge [in Istanbul], at a time when the police were merciless against those who wanted to write political slogans on walls,” Turbo told Al-Monitor. “They were particularly watchful of pro-Communist slogans and thought the tag looked like the name of a Communist Party. So I was charged with five years for damaging public property and political propaganda for an outlawed party [Communist parties were outlawed in Turkey then]. Fortunately I was underage and had no criminal record, so the judge just sentenced me to one year, which was then converted to a fine.”

Today, Turbo is far too famous to go unnoticed in the night. His works can now be found everywhere — art galleries, museums, videos and advertisements of large companies such as Turkey’s leading telecom company Turkcell and Red Bull energy drinks. “The graffiti scene has changed a lot since I started,” he told Al-Monitor. “There are many good graffiti artists in many different cities around Turkey. There are many shops to buy materials from. When I first started, all I had was some white spray paint I had found at a hardware store — the type of paint you use on white refrigerators. People can now have access to your graffiti through the internet; graffiti can be shared across the wall. Much like anything else, graffiti has become internationalized.”

Turbo describes Istanbul as an important center for graffiti, “just like Berlin or Barcelona,” with exciting new artworks in different parts of the 15-million metropolis. Many of these are sponsored by the local municipalities themselves. The Kadikoy municipality, with its ambition of emerging as the new bourgeois-bohemian neighborhood on the Asian side of the city, organizes Muralistanbul, an annual international mural festival that brings together Turkish and international artists.

If the high point of the graffiti and street art was the Arab Spring for artists in the Middle East, for Turkish graffitists that moment came with the 2013 Gezi Park events, the largest wave of protests in recent Turkish history, where hundreds of thousands took to the streets to oppose the demolition of a park in Istanbul. Despite the police brutality, tear gas and water cannons, the demonstrators found creative ways to protest for months, including with scribbled slogans and stenciled images. Two particular works of art became international symbols of the demonstration: the stenciled drawing of a woman in red, which portrays Ceyda Sungur, a demonstrator who was sprayed with water by the police, and the slogan “Every day, I am chapulling” — a reference to then-Prime Minister Recep Tayyip Erdogan who called the demonstrators “capulcular” (Turkish for “looters”), creating a neology with a rarely used Turkish word.

“I got so excited when the protests began to spread all over Turkey that I took all the spray paint in the house and went out to paint in bright daylight,” recalled Nconen of the events in July 2013. “I had just a few bottles of spray paint, so I simply wrote 'Izmir' in huge letters. People who were demonstrating stopped and took photos.”

Having completed the word "Izmir," he went on to write, “It is Taksim everywhere” and, after some reflection, he added, “Tayyip, would you like your raki straight?” — a dig at the teetotaler Erdogan who has launched a strong campaign against alcohol consumption in Turkey.

"Gezi was wonderful for street artists," Nconen concluded. "It showed our works to the whole world. Turkish graffiti artists jumped a decade with Gezi." 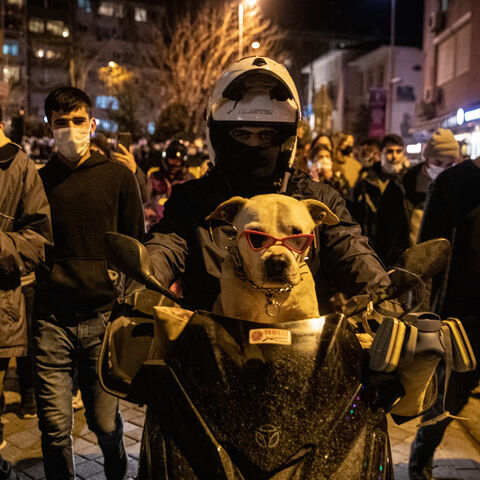 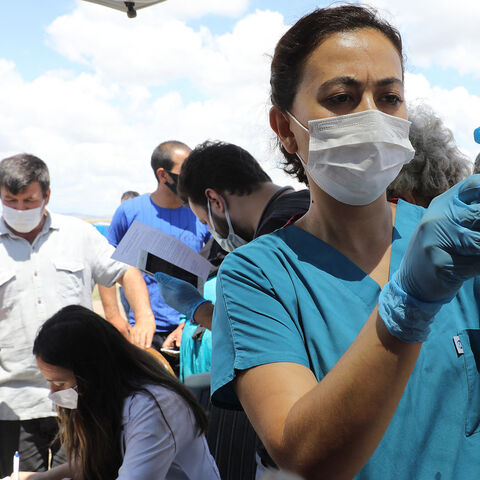 Turkey rolls out homegrown vaccine amid surge in Omicron cases