An increasing number of families in Egypt are choosing home schooling as an alternative educational approach and are calling on the Ministry of Education to recognize it. 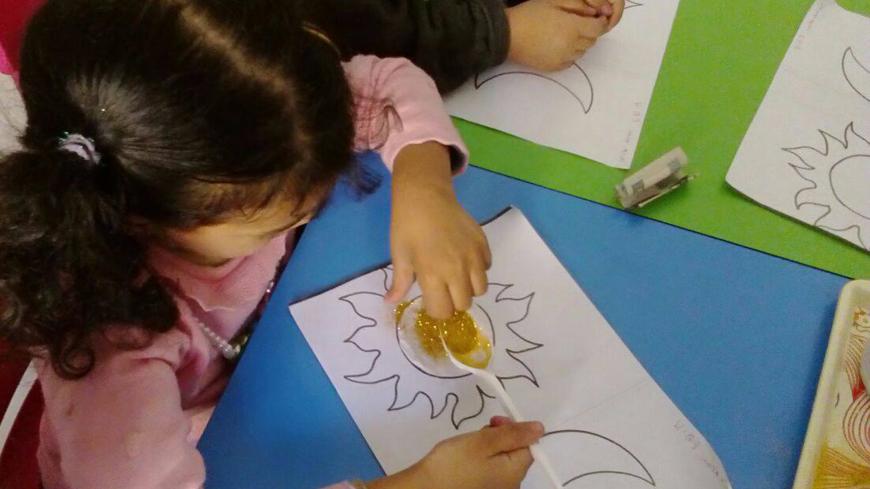 A girl takes part in a Genius Kids Community event in a picture uploaded Dec. 27, 2017. - Facebook/genius.kids.community

CAIRO — “The problem with the public education system in Egypt is that it does not take into account the students’ skills and interests,” Sally Osama told Al-Monitor. Osama is a mother of an 8-year-old who decided to try home schooling.

“While I was looking for a decent school for my son Mazen, I heard about home schooling but I was afraid of taking this step because I was busy at work. Eventually I found a good school for him, where he went for two years. At a certain point I was surprised by changes in his behavior. He had become lethargic and absent-minded all the time. One day I was shocked to see him draw a picture of himself dead and a knife dripping with blood. I also take courses at the faculty of kindergarten and I was surprised to learn that everything we are taught there is not in line with the schools’ education method. Eventually I decided to start home schooling.”

Osama has drawn up a petition for the recognition of home schooling in Egypt, since this alternative education system has yet to be recognized by the Egyptian Ministry of Education.

She is among many Egyptian parents who chose an alternative educational approach for their children. However, no official statistics are available on how many students are being home-schooled.

Osama said that home schooling focuses on the child’s passions and preferences. The curricula are chosen from different countries and adapted to fit the children's personality and interests. She believes that alternative forms of education allow students to develop an independent personality as they have the freedom to choose the courses they will study during the day.

“In addition to courses taught at home, Mazen is also taking other classes outside the house — such as acting classes — and is learning French at the French Cultural Center. He is also learning photography,” Osama said.

She added that home schooling can incorporate flexible online platforms and programs that can be found both in English and Arabic, including Mesahat, Seven Crafts Community and Genius Kids Community, which help children develop their personal skills.

Osama is currently in the process of collecting signatures of parents for the petition that is to be presented to Education Minister Tarek Shawki in a bid to recognize home schooling. Students who receive an education at home face challenges if they want to enroll in universities, public and private, later on.

To prove that home schooling is as efficient as regular schools, Osama has called on the ministry to test the skills of home-schoolers by the end of each education stage under the supervision of education experts.

“I am confident that students who receive home education will outshine other students. Many countries recognize this alternative education system, including the United Arab Emirates and Libya,” she noted.

Osama, however, has yet to collect enough signatures for the petition. Many parents within the home-schooled community have been enrolling their children in state schools just for show, so their children can apply for university programs after they finish with the high school curricula. They fear that if they sign the petition the ministry would force their children to register in a regular school and hinder the university application process at a later stage.

Blogger Taysir Harak shared some tips on his blog for home-schoolers who wish to acquire a degree from a public or private university. Harak proposes two options for would-be home-schoolers. First, they can nominally enroll in a school, but come to an agreement with the administration that they will not be attending classes. This will allow them to home-school, yet take state exams at the end of every semester and get credit for schooling.

The second option involves registering in the so-called "flexible education" system after the fifth grade (the earliest students are allowed this). These students are required to then study state-sanctioned curricula and can later enroll in university.

Abdel Rahman Bari, a member of the parliament’s Education Committee with a doctorate in teaching methods and curricula from Beni Suef University, expressed his concerns about home schooling. He told Al-Monitor, “Flexible home schooling does not develop the child’s life skills — namely social skills — nor does it promote the sense of belonging to the homeland or to the school, unlike the state’s public education system.”

Bari believes that the school is not a place to study sciences and languages only, but also to develop one’s social and life skills. He wonders how children could be educated in this way if they do not learn how to communicate with peers when being home-schooled.

Ahmed Khairy, a spokesman for the Ministry of Education, told Al-Monitor that the ministry recognizes home schooling after the fifth grade, but that parents have to stick to the state curricula. He added that they are waiting for the petition to be presented to the ministry so it can be studied and the necessary actions taken.

In the meantime, Osama and other parents will continue to push for alternative forms of education in light of their increasing frustration with Egypt’s public education system.