Turkish and Dutch relations are once again under strain as the Dutch ambassador is recalled from Ankara. 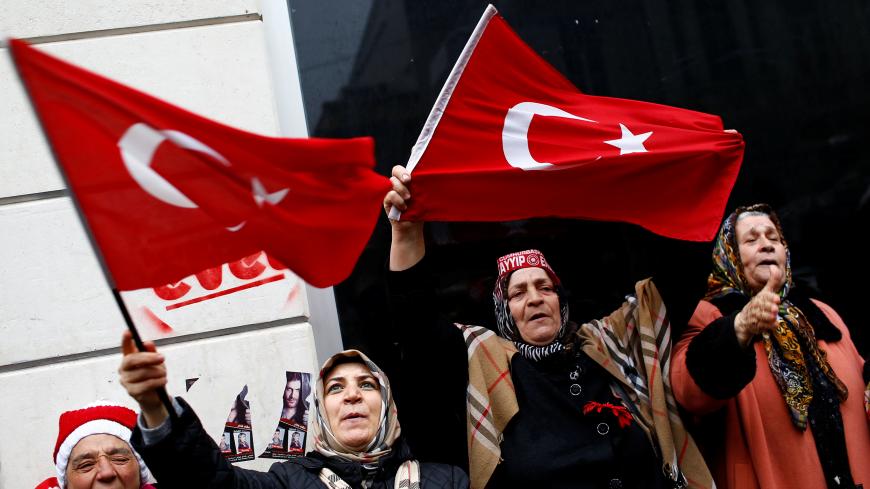 A long simmering row between Turkey and the Netherlands reignited today with the latter announcing the withdrawal of its ambassador from Ankara.

The Dutch Foreign Ministry said in a statement, “The Netherlands and Turkey have recently held talks at various levels. At this stage, these talks do not yet offer a perspective to normalizing the bilateral relations.” The Dutch ambassador to Ankara, Cornelis van Rij, had effectively been denied entry to Turkey since March.

Turkey's government spokesman sought to downplay the decision. Deputy Prime Minister Bekir Bozdag told reporters after a Cabinet meeting, “This does not mean that diplomatic ties between Turkey and the Netherlands are cut off. … There are charges d‘affaires carrying out the relations between the two countries.”

However, the move suggests that Turkey’s demands for an apology from the Dutch government for the normalization of relations are not going to be met.

The tension reached a boiling point when Turkey’s ruling Justice and Development Party (AKP) sought to campaign for a controversial April 16 referendum on boosting the powers of the presidency on Dutch soil. A plane carrying Turkish Foreign Minister Mevlut Cavusoglu, who was supposed to woo ethnic Turkish voters in Rotterdam, was not allowed to land in the Netherlands. Family Affairs Minister Fatma Betul Sayan Kaya, who snuck in overland from Germany, was forced to leave.

Kati Piri, a Dutch member of the European Parliament who is the body’s Turkey rapporteur and a fierce critic of the AKP’s descent into authoritarianism, aired regrets over van Rij’s withdrawal, arguing it ought to have been a measure of last resort. She told Al-Monitor, “It’s a sad situation that is not tenable in the long run as both countries are NATO allies and have important strategic ties.” She added, "It's clear that without a Dutch ambassador in Turkey, Dutch interests will be less well defended.”

The Netherlands is the biggest foreign investor in Turkey, accounting for around $22 billion, roughly 16% of total foreign direct investment.

It didn’t help that last year’s row coincided with the Netherlands’ own parliamentary elections, in which anti-immigrant right-wing groups were expected to increase their share of the vote, forcing liberal Prime Minister Mark Rutte to take a tougher line than usual. His People’s Party for Freedom and Democracy won the elections but lost some seats, and he was only able to cobble together a ruling coalition in October.

Municipal elections are due to be held next month and Rotterdam, with its large ethnic Turkish community — they make up nearly 8% of its total population — will be one of the most fiercely contested cities. Denk, an unabashedly pro-Erdogan party founded by two Turkish-Dutch lawmakers in 2015, has announced a list of candidates in another sign of how Turkey and the Netherlands’ domestic politics are becoming ever more intertwined.

Froukje Santing is a prominent Dutch commentator on Turkish affairs. She told Al-Monitor that the large and deeply polarized population of ethnic Turks and Kurds is making it increasingly difficult for Dutch leaders to balance formal relations with the Turkish government, as Erdogan’s popularity among the ethnic Turks allows him to meddle in their domestic affairs.

“Dutch authorities have a hard time reading Erdogan, who swings from calls for friendship to labeling them Nazis,” she said. “ In the end it's mostly about Erdogan maintaining his own popularity at home,” she contended.

Indeed, as recently as December, the pro-government Turkish media was heralding reconciliation, claiming that Turkey would soon appoint a new ambassador to the court of King Willem-Alexander and that the Netherlands’ own envoy would be returning to Ankara.

The English-language Daily Sabah quoted unnamed sources as saying that Turkey expected the Dutch Foreign Ministry would “express their sadness” about the March 2017 incidents. Apparently it did not.

Marc Pierini, a visiting scholar at Carnegie Europe and a former EU ambassador to Turkey, believes the Rotterdam crisis remains acute for two reasons. He told Al-Monitor, “Turkish politicians wanted to use freedom of speech [in the Netherlands] to campaign for 'yes' in the constitutional referendum, while in Turkey proponents of 'no' were not allowed to campaign freely.” The other problem is that Dutch politicians “were equated with Nazis” and the scuffles outside the Turkish Consulate with “the WW2 Holocaust that killed some 6 million European Jews.” It’s the Dutch who feel they are owed the apology.

The formal downgrading of diplomatic ties between the two NATO allies reflects a broader unease between Turkey’s and the European Union. Talks for Turkey’s full membership remain virtually frozen and show no signs of a thaw as the Turkish government continues to ruthlessly suppress all dissent and subvert justice in flagrant violation of EU norms.

Federica Mogherini, who is vice president of the European Commission and its foreign minister, will address a session of the European Parliament tomorrow on human rights and Turkey’s ongoing military offensive against the Syrian Kurdish People’s Protection Units in Afrin. The rising number of civilians killed in Turkish airstrikes in the Kurdish-dominated Syrian region will undoubtedly figure alongside Turkey’s swelling population of journalists, politicians and other government critics who are being held on flimsily constructed terror charges.

Pierini noted there have been six formal statements against Turkey’s accession issued since October in turn from the Netherlands, Austria, France, Germany and Belgium. “This is a sea change,” Pierini said. “The new Dutch decision only reflects in another way the current mood among the public and politicians alike in Europe about Turkey.”