No safety in exile as Turkish dissidents attacked abroad 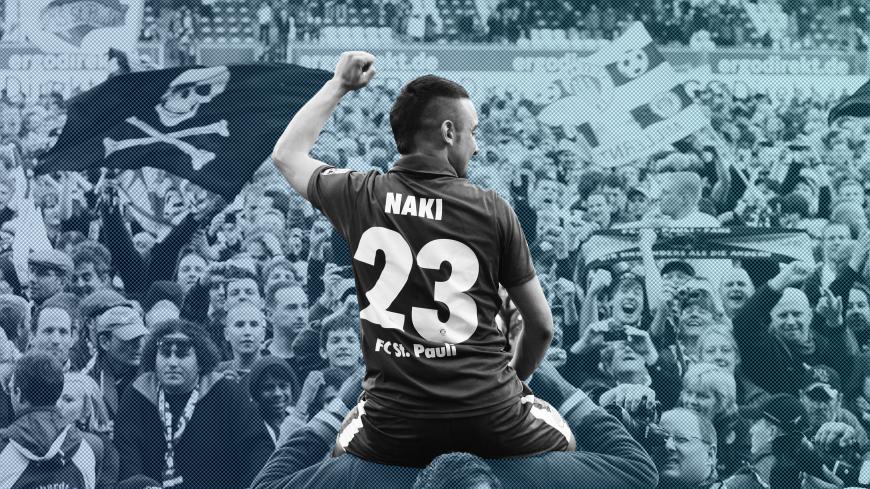 Outspoken Kurdish-German soccer player Deniz Naki was the victim of an armed attack in his car in Germany on Jan. 7. Naki was unharmed in the attack, which was not his first. He has been verbally and physically harassed multiple times by Turkish ultra-nationalists. Naki has a tattoo that reads “azadi,” "freedom" in Kurdish, and is not shy about showing his support on social media for Kurdish forces fighting the Islamic State or for the two academics who are on hunger strike demanding their jobs back. On his other arm Naki has a tattoo of his parents’ hometown of Dersim, which has a Kurdish-Alevi majority. In 2017 Naki was prosecuted for his social media posts allegedly in support of terrorism. He was given a suspended jail sentence.

The shots fired at Naki on a German freeway came just two weeks after People’s Democratic Party lawmaker Garo Paylan told the press he has been informed by Western officials that President Recep Tayyip Erdogan and his Justice and Development Party (AKP) keep a list of dissenters to target. Several comments were shared on social media asking if this was the first of a series of assassinations. After the attack Paylan said, “The German and Turkish governments need to work together to take precautions against possible hate crimes.” It is not yet known who was behind the assault against Naki, but the German press reported that groups associated with the ultra-nationalists referred to as “Turan” or “Grey Wolves” have continued threatening Naki on social media since the attack. The pro-government Sabah Daily’s Europe edition ran a piece claiming the attack was a farce orchestrated by Paylan and that no one took Naki's account seriously.

Al-Monitor surveyed a diverse group of Turkish dissidents who live in Europe and the United States and asked if they have observed any changes in the tone and intensity of harassment.

Amed Dicle, an occasional Al-Monitor contributor, is a Kurdish journalist who has dual citizenship and lives in Europe. He said, “I travel comfortably in Iraq and Syria, but not in Europe. Last week, I was told by officers [in the EU] to be careful. Particularly they warned me not to travel alone and to avoid trains. We are also cautioned not to travel to Germany frequently. It is not just me — a few other friends received similar warnings.”

A group of young Kurdish and Alevi college students in Berlin who hold Turkish passports concurred with Dicle. One of these students told Al-Monitor on condition of anonymity, “We call them Nazi Ottomans. They are the unemployed, disenfranchised Turkish youths. Most of them do not even speak Turkish properly but they try their best to intimidate us. We believe they are getting paid by mainland Turks.” Their alleged photos have circulated on social media as well.

Barbaros Sansal, a prominent fashion designer and political activist who has suffered physical attacks and recently served jail time in Turkey for his outspoken criticism of the government, told Al-Monitor, “On July 15, 2017, at an Italian restaurant on Grote Markt in Brussels, I was having dinner with a politician and Belgian activist friend. Four thugs with Turkish flags came to the plaza and started harassing us with slurs and threats. We tried to prevent the restaurant owner from calling the police, because we did not want to complain about fellow Turks. But other diners were disturbed. The police came and took them into custody and I could go home only with a police escort. In September 2017, at Gent, Belgium, while I was having dinner, the thugs had made a plan to attack the restaurant but police intelligence stopped them. I again had to travel back with police escort. In November 2017, at the Berlin airport, a Turkish passenger tried to charge at me and my two female friends and police intervened. They leave threatening messages on my phones regularly. Dissidents in Europe are under surveillance and attack by teams commanded from Ankara.”

Arzu Yildiz is a journalist who decided to live abroad after being stripped of parental rights for her criticism of government policies. Yildiz left behind a toddler and a newborn baby. She told Al-Monitor, “No one who challenges the Turkish government is safe today. You are not safe if you are abroad, either. People are kidnapped from the streets even abroad, boarded on private planes and taken to Turkey. Embassies, consulates or even mosques have become entities to keep track of Turks abroad. Take the attack by Erdogan’s bodyguards in Washington, DC, for example. Yes, some of those who threw the punches were arrested, but how about those who gave the order?”

Aykan Erdemir is a senior fellow at the Foundation for Defense of Democracies in Washington. He is a former lawmaker for the Republican People’s Party and in November, Turkish prosecutors issued an arrest warrant for him over mind-boggling allegations of supplying falsified documents to a New York court. He said, “Over the years, harassment and insults from pro-AKP social media accounts have evolved into threats of physical violence or death. Recently, one such account even went as far as to threaten to decapitate me. The intimidation campaign on social media goes alongside, and in an eerily coordinated manner, with the smear pieces in the pro-AKP news outlets. Meanwhile, I have observed that many of my dissident friends have made their social media accounts private or simply deleted them. This is an unfortunate indicator that intimidation and threats deliver results in Erdogan’s Turkey.”

Al-Monitor asked Fuad Kavur, a film director and producer who has lived in England since 1963, about how the challenges are different now from in 1980s, when Turkey experienced a military coup and several political dissidents had sought refuge in Europe. Kavur was denied permission to shoot his movie, "Memed My Hawk," in 1980s Turkey. The movie was banned and censors made sure there was no Turkish news published about its international achievements. In 2018, things have changed, but not by much. Kavur said, “We will shoot the movie 'Ataturk' in Hungary. It has been an exceptionally long haul marked by not-so-discreet ‘interest’ by Ankara. Moreover, a week ago, I was horrified to read in Hurriyet Daily News about a pro-government Turkish journalist openly advocating for Turkey's intelligence service to bump off a few dissidents."

Al-Monitor posed the same question to Ayse Cavdar, an anthropologist and journalist who has been living in Germany for almost two years. She said, “Although our destination is the same, our stories differ significantly from those told by the previous generation. First, the conditions now are different. The problems are no longer generated by one agency. Today, all [Turkish] institutions have collapsed. They are corroded. And also, now it is a lot easier to get the news from Turkey. There is no need to wait for a letter or the newspaper to arrive. Now I can get news from each neighborhood or district daily.” Cavdar added that she is aware of the talk of Turkish nationalists in Germany hunting down dissidents. She said, “Those who will carry out the threats will be German citizens/denizens with Turkish heritage” in what she called a “contagious disease spreading from the wreckage of the Turkish institutional collapse.”

The punitive measures against dissidents have no limits. For example, Fatma Tunc, the wife of dissident writer Aziz Tunc, was recently forbidden from leaving the Istanbul airport. The authorities confiscated her passport and told her she has "dangerous family members.” Tunc’s son and husband live in Germany and she was on her way to visit them. Police told her, “Have your son and husband come back to Turkey.”

As Cavdar emphasized, political dissidents share one sentiment: Even if one lives in comfortable conditions in the free world, life can still be difficult when one feels a deep shame and sorrow for her homeland.

Beyond all these coordinated efforts to intimidate dissidents lies a paradox: Erdogan repeatedly tells his audiences that he does not care about the views of other countries or dissidents, whom he labels as traitors and liars. Why, then, this endless effort to silence them?