Hostility toward Syrians could explode in Turkey, ICG warns

A new report by the International Crisis Group warns that tension and violence involving Syrian refugees in Turkey is underdocumented and growing worse. 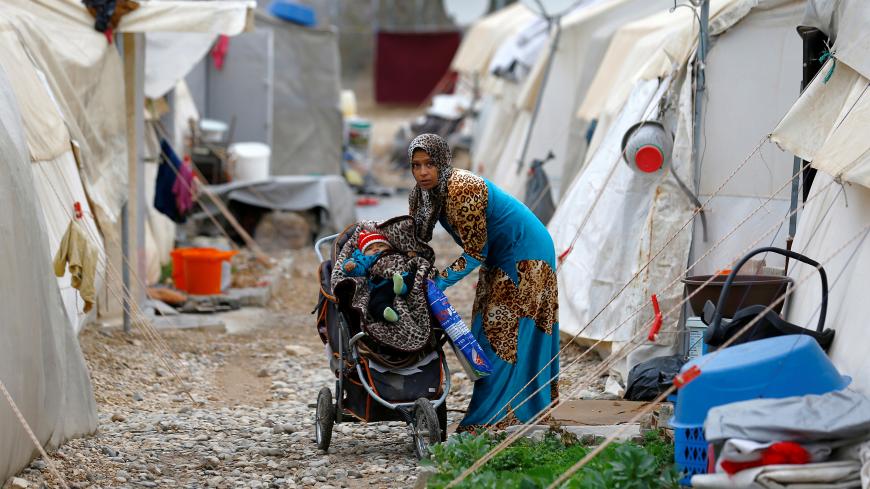 A Syrian refugee mother puts her baby in a stroller in the Nizip refugee camp near the Turkish-Syrian border in Gaziantep province, Turkey, Nov. 30, 2016. - REUTERS/Umit Bektas

Turkey is rightly commended for hosting over 3 million Syrian refugees fleeing the nearly seven-year-old conflict that continues to wrack their country in new and ghastly iterations. Acts of overt aggression against the “guests,” as Turkey formally labels them, are astonishingly rare. But a new report by the International Crisis Group (ICG) published this week raises alarm bells over their future.

The report, titled “Turkey’s Syrian Refugees: Defusing Metropolitan Tensions,” is based on research in refugee-dense neighborhoods of Istanbul, Ankara and Izmir, where many Syrians are striving to support themselves through informal jobs in competition with new arrivals from the rest of the country, notably ethnic Kurds. Thus, the potential for anti-refugee violence is the highest in Turkey’s three biggest cities, which host over a fifth of the Syrians.

Incidents of inter-communal strife trebled in the second half of 2017 compared to the same period in 2016. While the ICG recorded 35 deaths last year, the victims mostly Syrians, the number of violent incidents is likely much higher. The report reads, “Residents of neighbourhoods experiencing high levels of tension say there are many more unreported incidences of violence involving refugees.”

One source of resentment is the public perception that Syrians receive preferential access to public services and assistance.

While the overwhelming majority of Syrian refugees are Sunni Muslims, like most Turks and Kurds, the cultural gap is huge. The majority of Syrian refugees do not speak Turkish. Though a recent study cited by the ICG showed that 72% of Syrians feel “close” or “very close” to Turkish society, the feeling isn’t mutual. Of the Turks polled, more than half said they felt “far” or “very far” from Syrians.

Young Syrian men tend to roam in large groups, “which makes them appear hostile and dangerous to locals,” when in fact they do so for their own protection. A survey published in December 2017 found that 75% of Turkish citizens did not believe they could co-habit harmoniously with Syrians.

“Even communities with religious and ideological affinity to the government," the ICG observed, "appear to be turning from compassion to grievance or impatience.” Mirroring the unease felt within the pro-secular and pro-Kurdish blocs, 61% of the ruling Justice and Development Party and 70% of the right-wing Nationalist Action Party find the presence of Syrians disturbing.

Preventing a further influx of Syrians is one of the main goals behind Turkey’s military presence in the province of Idlib, where recent attacks by regime forces have driven over 100,000 civilians to the Turkish border.

The ICG argues, “By ignoring or downplaying tensions, the government has allowed hostilities to reach a boiling point in some refugee-dense communities,” and goes on to make a series of recommendations to avert further tensions. The government must expand vocational training to help Syrian refuges to acquire skills that match labor market needs and provide local governments with funding that reflects their actual population, both Turkish and Syrian. Most Syrian refugees, the ICG predicts, are likely to remain.