Since the Syrian war erupted, Iran has been trying to gain a foothold in Syria, most recently in the south, which includes trying to win over the local Druze community. 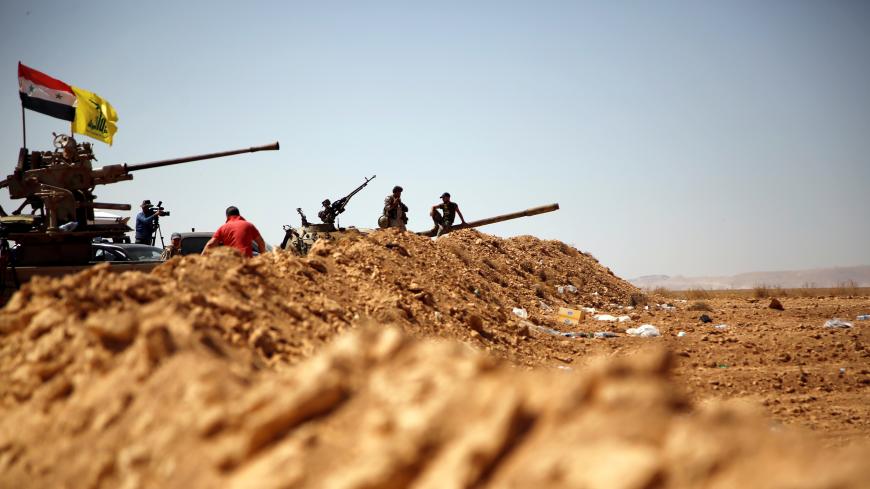 For months now, Lebanon's Hezbollah has been working on beefing up its presence in southern Syria, according to interviews with its fighters. The militia appears to be operating quietly, however, to avoid inflaming the local population, namely the large, esoteric Druze community.

According to Hezbollah sources, the Dec. 1 fall of the Beit Jin front to the Syrian army, backed by Hezbollah, put an end to the presence of Hayat Tahrir al-Sham and other rebel groups in that strategic area on the front line with Israel and appears to have calmed the situation in southern Syria, which is also covered by the US-Russian-brokered cease-fire signed July 7 and backed by Jordan. The deal aimed at de-escalating tensions amid increasing numbers of clashes between pro-regime militias and the Syrian opposition, as well as escalating strikes by Israel on Iranian interests in the region. Russian troops in charge of monitoring the cease-fire first deployed on July 17 in Daraa governorate.

“The de-escalation [agreement] has forced Hezbollah and the regime to position themselves 14 kilometers [9 miles] away from the last rebel positions, yet there are daily attacks by Israel on pro-regime positions and Hezbollah,” Izzi said.

Over the course of the war in Syria, Iran has attempted to expand its foothold in the southern region near the 1967 cease-fire line demarcating the Israeli-controlled Golan. Pro-Iranian militias — namely Hezbollah, the Iraqi Shiite Nujaba Brigades as well as the Afghan Fatemiyoun Brigade — are also fighting alongside Syrian regime forces in Daraa. In September, the Nujaba Brigades announced it had formed a military force to “free the occupied Golan Heights.”

In Sweida province, however, which is home to the majority of Syria's 400,000-strong Druze community, Iran and its proxies appear to be laying low. “There is no longer any Iranian influence at present,” Syrian journalist Talal Atrache claimed to Al-Monitor. He attributed this to the end of the fighting in Sweida as well as the Russian intervention.

Between 2012 and 2015, Iran contributed to training local paramilitary forces in Syria. According to Atrache, in Sweida, Iranian efforts to create faith-based Druze militias — such as Labbayk ya Salman (Pledge to Salman) — did not inspire Druze enthusiasm. After September 2015, when Russia entered the Syrian conflict, Moscow abolished most local and community militias. According to Atrache, preferring military centralism, Moscow federated paramilitary forces to create the Fifth Division of the Syrian Army, which played a key role in liberating Palmyra and the Syrian desert from the Islamic State.

“Iran also tried to attract Druze in many other ways, such as creating cultural initiatives by trying to bridge the Shiite faith with the Druze faith, but it failed and was not able to establish a real Iranian presence in Sweida,” Izzi said.

Druze Sheikh Ali (a pseudonym) from Sweida concurred with Izzi. He also told Al-Monitor that Hezbollah and the Iranians were operating on the outskirts of Druze areas, but refraining from advertising their presence with flashy flags and slogans to avoid offending Druze sensitivities. “Hezbollah is mostly active on the Daraa front and what is called the Death Triangle,” Izzi said.

According to Atrache, it is away from Sweida, at Mount Hermon, especially in the Druze towns and villages near the Syrian-Israeli line — i.e., Erneh, Rimeh, Bqaasam and Qalaat Jandal — that Hezbollah conducts reconnaissance operations and is working on establishing a military infrastructure.

“It is also recruiting members of the Druze community to counter Israeli infiltration in this region and prepare the ground for a possible Arab-Israeli conflict,” Atrache remarked. His analysis concurs with an interview this journalist conducted in September with a Hezbollah commander, who boasted that there were 10,000 Hezbollah fighters in areas along the Golan's disputed frontier. A number of experts believe the figure to be greatly exaggerated.

“We are working on building missile bases and tunnel networks. We are working with more freedom, there are no more bombings,” the commander said, adding that Hezbollah, as an army of infantry, rockets, tanks and elite forces, was operating in southern Syria.

In a Dec. 3 Haaretz article, Amos Harel reported that Israeli analysts believed that Tehran wants to establish an advance outpost in Syria, as it did previously with Hezbollah in Lebanon.

“This could be a slow and gradual process, but the Iranians have no intention of giving up on this goal,” Harel wrote. “Israel’s moves are meant to at least deny the possibility of an Iranian presence in southern Syria and reduce the chances for establishing bases and a port in northern Syria.”

Tensions had been mounting between Israel on the one hand and the forces of Iran and Syria and Hezbollah on the other. On Dec. 9, Israel launched several strikes targeting military posts in the Qutayfeh area, northeast of Damascus, from inside Lebanese airspace. On Dec. 1, Israeli warplanes struck a military base near Damascus. The intended target was believed to have been an Iranian military base near the city of al-Kiswa, 8 miles south of the Syrian capital.

On April 23, Israeli airstrikes killed a number of Syrian soldiers at a weapons depot in rural Quneitra province concomitantly with the Syrian regime's targeting of the Israeli-controlled Golan. On June 23, Israel attacked artillery positions and an ammunition truck belonging to the Syrian army.

Israel's escalation in southern Syria puts the Druze in a conundrum. Atrache asserted that the Israeli occupation forces' alleged support for jihadis in the Golan has exacerbated the anger of the Syrian Druze and consequently boosted the popularity of the Lebanese militants in this area. “Most Syrian Druze on both sides of the Syrian-Israeli demarcation line want the liberation of the Golan [from Israel],” he said. Yet a war with Israel would be a major inflection point in the future of southern Syria — one that the Druze reject.

Sheikh Ali explained, “All through the Syria war, we have tried to stay on the sidelines of the conflict. We will not be forced into any other with our neighbors, whoever they are.”