The Donald Trump administration held off on the opportunity to talk to Syrian opposition officials in town this week even as it outlined a tougher stance against Bashar al-Assad. 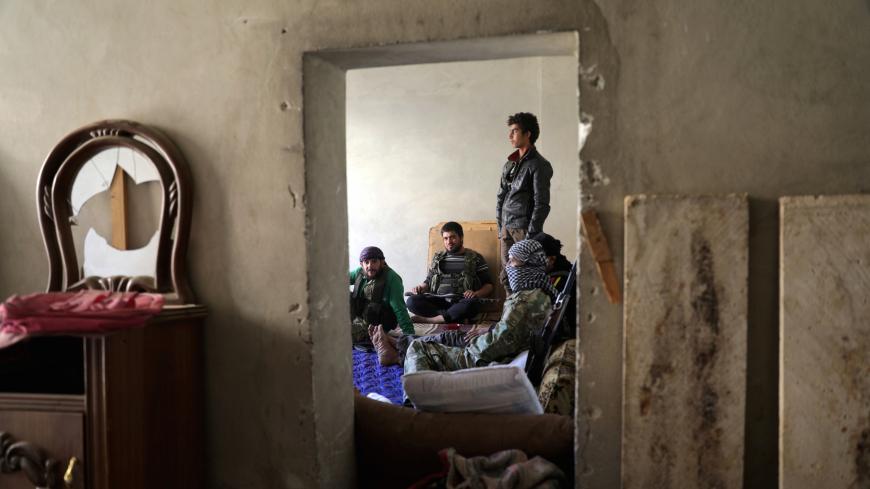 A delegation of leading opposition figures touched down in Washington this week hoping to convince White House officials to protect rebel-held zones in northwestern Syria from forces loyal to President Bashar al-Assad.

Instead, even as the Donald Trump administration announced plans today to leave US troops in Syria and attempt to transition Assad from power, the White House passed on the meeting. The group of four representatives from the Free Syrian Army (FSA), a 20,000-strong bloc of Arab fighters based in Syria’s northwest, had to take their case to the State Department, Congress and a series of think tanks to salvage their weeklong trip.

The Syrian delegation over the past week has been able to secure meetings with Michael Ratney, the State Department’s top Syria official, as well as with congressional leaders. But while that “will move the ball down the field for them,” said a US source knowledgeable about the delegation’s meetings, “until they [get] to the White House they can’t get past midfield.”

The White House’s refusal to meet the Syrian delegation, which included active commanders of the CIA-vetted Levant Front, the Pentagon-supported Mutasim Brigade and the former head of the provincial council in Raqqa, may have been caused by a lack of interagency coordination in the Trump administration, the source surmised. White House officials did not respond to a request for comment.

Without West Wing guest passes, the Syrian delegation resorted to pushing influence with Washington think tanks on its seven-day trip. The Syrian American Council, a Washington-based organization, funded the trip.

The group also used the press to get out their message. Mustafa Sejari, the media-savvy head of the Mutasim Brigade, told Reuters this week that the CIA should resume training of Syrian rebels who had been cut off by Trump in July.

The visit comes as US Secretary of State Rex Tillerson presented a new strategy today that will leave 2,000 American troops in Syria for the foreseeable future to fight the Islamic State (IS) and build a 30,000-strong border force to secure areas won back from the militant group. As negotiators prepare for another round of UN-led talks and a Russian-hosted dialogue in Sochi late this month or early February, Tillerson called for the eventual ouster of Assad and for US partners to help deny safe havens for Iran and IS in the country.

"The nature of the Assad regime, like its sponsor Iran, is malignant," Tillerson said in a speech announcing the plan at Stanford University today. "A stable, unified, independent Syria will serve the national security interests of the United States."

But the FSA-led delegation visiting Washington faced persistent questions about the legitimacy of the moderate armed opposition from lawmakers and others, delegation sources said. As the Syrian civil war has drawn on, and particularly since Russia’s intervention in 2016, they said the FSA has suffered from conflict with the US-backed, Kurdish-dominated Syrian Democratic Forces (SDF) and growing pressure from Islamist groups, such as Jabhat al-Nusra and IS.

Like Tillerson, Syrian opposition officials have recognized the difficulty of holding elections in the war-torn country. But they seemed to publicly reject the notion of a federated Syria in public appearances in Washington.

Despite infighting with Kurdish groups and constant invasions of de-conflicted areas by pro-Assad forces, the FSA still hopes to topple Assad on a faster timeline than Tillerson — who cautioned US allies to “urge patience” — appeared to envisage in today’s speech.

FSA leaders have also accused the SDF, which is set to receive $500 million in weapons from the Pentagon budget signed by Trump in December, of accepting Russian support and failing to cut ties with the Kurdistan Workers Party, which the State Department and Turkey consider a terrorist group.

“We need to clarify with the SDF what we want from the future of Syria,” Osama Abu Zaid, the main spokesman for the Syrian opposition to the Russia-backed Astana talks, told Al-Monitor through a translator. “Do we want Syria to be divided? We have a problem. Do we want to be citizens, do we want to have equal rights? We don’t have a problem.”