The Turkish-Sudanese deal over Suakin Island has sparked angry reactions to the possibility of Turkey building a military base on the island, posing a threat to Egypt’s national security. 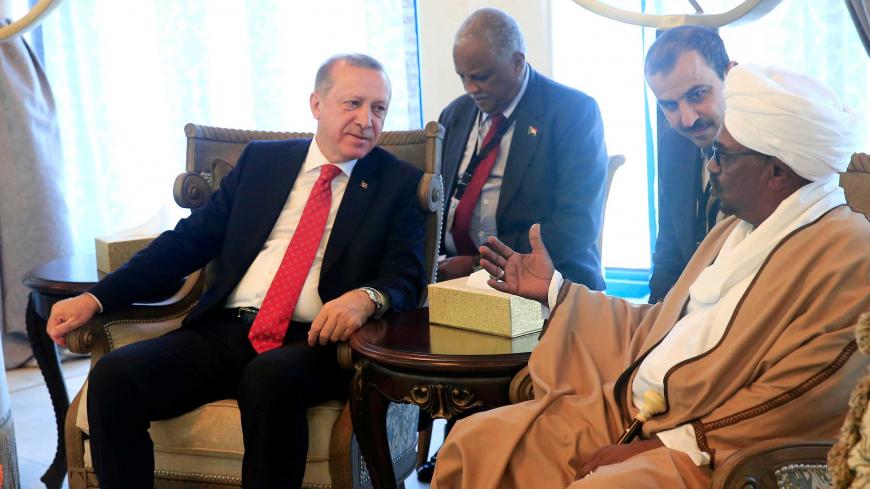 January is Egypt's coldest month as far as temperatures go, but things are heating up rapidly there over Turkey's recent deal to lease Suakin Island from Sudan.

Turkish President Recep Tayyip Erdogan says Turkey just plans to renovate the island and restore Ottoman relics. But Egypt, as well as Saudi Arabia, fears Ankara's plans go much further, to include a military base that could threaten their security.

“The Suakin Island deal is provoking anger in Egypt because it has ambiguous objectives, and because there is [already] a problem between the parties that signed the agreement and Egypt," Maj. Gen. Kamal Amer, the head of the Egyptian parliament's National Defense and Security Committee, told Al-Monitor.

Amer was referring to the Egyptian-Sudanese territorial dispute over the Halayeb and Shalateen triangle, and Sudan’s position against Egypt in Cairo's argument with Ethiopia over the Grand Ethiopian Renaissance Dam. As for Turkey, Egypt distrusts Ankara's support for the Muslim Brotherhood, which Egypt considers a terrorist group.

Amer minced no words over Egypt's position on Suakin Island. “Egypt has in its possession proof that there are Turkish military purposes behind [the deal] over the island. Turkey has built several military bases in Africa. To preserve its security, Egypt will not allow a Turkish military base to be built [in Sudan]," he said.

While visiting Sudan in late December, Erdogan signed 13 development agreements covering a port and shipyards for military and civilian ships in the Red Sea, a hospital, a free-trade zone in Port Sudan, grain silos at different locations, a university, power stations and a new airport for Khartoum, the capital.

Sudanese President Omar al-Bashir said there are other plans for the island that he would discuss later.

Tarek Fahmy, a political science professor at the American University in Cairo, told Al-Monitor that Egypt is worried because Turkey has already demonstrated its desire to build a military presence in the region by recently opening a base in Somalia. Egypt fears Turkey plans to exploit the island "to tighten the noose around Egypt’s neck, given that the island is close to the Egyptian border," he said.

Cairo must see the Suakin deal as a declaration of a Turkish-Sudanese alliance opposing Egypt. Tensions between Sudan and Egypt escalated to the point that Sudan’s Foreign Ministry recalled its ambassador to Cairo for consultation Jan. 4. Egyptian Foreign Ministry spokesman Ahmed Abu Zeid said, “An integral assessment of the situation is taking place and will precede an appropriate action by Egypt.”

He said Cairo has options. “Egypt is able to deter the Turkish actions via different means, including to enhance relations with African countries to prevent Turkey from filling the gap, and to develop the Egyptian army in anticipation of any threat and in order to bring about a balance of power in the region," Zeid noted.

"It will be built via Turkish companies and will be entirely funded by Qatar," he predicted, echoing what many have speculated.

Media figure Ahmed Moussa said Dec. 26 on Sada al-Balad channel that the deal basically allows for “Turkish colonization” and poses a threat to Arab-Egyptian national security. He claims Turkey seeks to exert hegemony by expanding outside its boundaries.

It's not lost on Egypt that the Ottoman empire based its navy at Suakin.

Adding to the tension, the Turkish and Sudanese chiefs of staff have agreed to develop military cooperation. In his "Facts and Secrets" show Dec. 28, media figure Mustafa Bakri said the deal will be "designed to ensure a Turkish presence in the face of the Egyptian ships.”

In response to the Egyptian media’s sharp criticism of the deal, Sudan’s Foreign Minister Ibrahim Ghandour stated Dec. 26, “We do not concern ourselves with the approving or disapproving reactions. It surprises me how some of the Egyptian media reacted, but we do not consider all Egyptians to be on the same side. Clearly, there are some who do not comprehend how relations are managed among the states.”

In a Dec. 29 interview with the official Turkish TRT Al-Arabiya outlet, Ghandour said that some Egyptians are "ignoring the fact that a strong Sudan is important for a strong Egypt.”

The Saudi press also lambasted the Suakin deal. Okaz daily published an article Dec. 27 saying Sudan has succumbed to Turkey's "embrace." The story highlighted Turkey's immense ambitions in Africa, noting that Turkey has not contented itself with the new military base it inaugurated in Somalia in September.

Samia Rafla of the parliamentary Foreign Affairs Committee said the committee will be holding an important meeting about the Suakin deal, Egypt's Dostor.org reported Jan. 6. 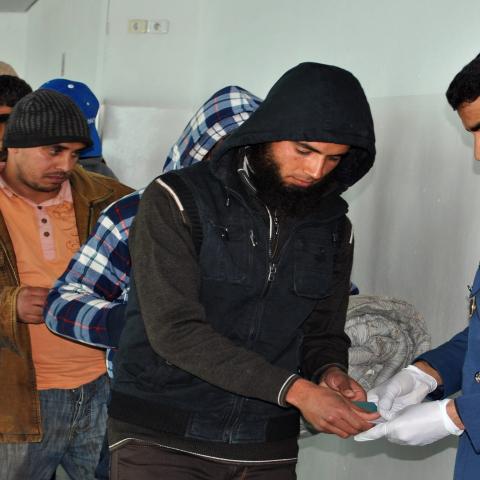