A new report paints a worrisome picture of the condition of Israel’s wild birds, of which 65 species are in severe danger of extinction from various threats. 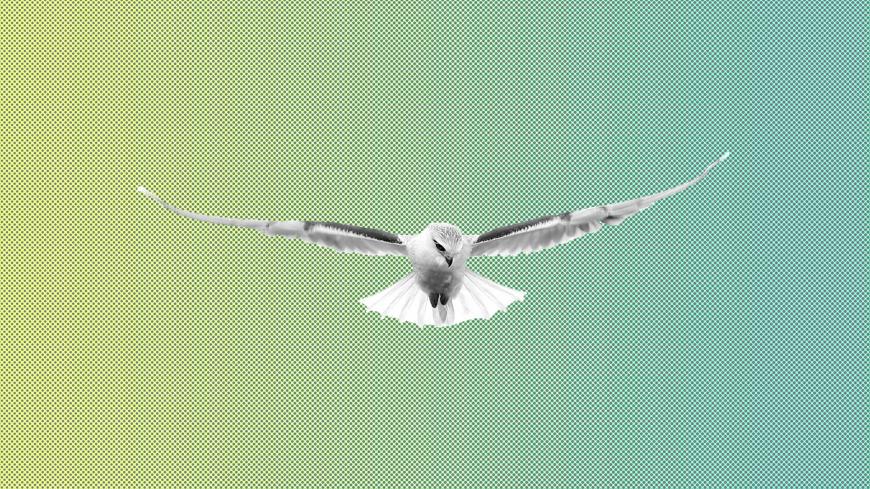 A black-winged kite hovers as it hunts at the Hula Lake Ornithology and Nature Park in northern Israel, Jan. 5, 2016. - REUTERS/Baz Ratner

Wind turbines are an efficient, nonpolluting energy solution, but even they have ecological disadvantages. In November 2017, the Regional Committee for Planning and Construction in northern Israel rejected a program for establishing a wind turbine farm in Ramot Menashe. The program was rejected due to anticipated damage to the nesting region of red falcons. This region is also where falcons born in captivity are released to nature. Red falcons are in danger of extinction around the world.

The Red Book of Birds in Israel, a report by the Society for the Protection of Nature (SPN), was recently updated for the first time in 15 years and submitted to the committee. The report paints an especially worrisome picture of the condition of wild birds in Israel. The report stated that 65 species of birds are in extreme danger of extinction. This is in contrast to only 38 species that received this designation in 2002 — an increase of 71%. The following are some of the species in extreme danger of extinction: the Griffon vulture, Egyptian vulture, golden eagle, Bonelli's eagle, Lanner falcon, short-eared owl, yellow wagtail, Lichtenstein's sandgrouse and Nubian nightjar.

Dan Alon, the director of the Israel Ornithological Center of the SPN in Israel, told Al-Monitor that the main reason for the worsening of the situation is the fact that living and nesting territories for birds in Israel have shrunken considerably. This is because Israel has developed the areas surrounding cities. Another severe problem is the contamination of water and food sources. Sometimes farmers use poison against wolves, and this severely harms birds of prey and carcass-eating animals. This year, only 30 eagles were counted in the Golan Heights, in contrast to 180 eagles 10 years ago.

Another danger that threatens eagles is when they cross the Israel-Syria border. A minority of them are hunted down, and others are purposely caught by the Syrians, who fear that the GPS devices attached to these birds are really military espionage devices. An eagle like this was caught in Syria this past September by a rebel force against Bashar al-Assad’s regime. It was returned to Israel after secret negotiations. Some say the rebels returned the eagle to show their appreciation to Israel for the medical treatment given to wounded Syrians in Israeli hospitals.

Bird protectors are now focusing on averting the establishment of a turbine farm in the Tel Fares area in the Golan Heights. According to the Israel Ornithological Center, these turbines will likely wipe out the entire eagle population. Alon said that only a public struggle can prevent the erection of the turbines and that hundreds of Israelis have already sent letters in which they expressed their reservations and outright opposition to the turbines. The letters were sent to the Regional Committee for Planning and Construction, which is supposed to discuss the plan.

Noam Lider, the director of SPN’s Ecology Center, told Al-Monitor that the update of the Red Book was just the first stage in the strategic plan needed to preserve Israel’s rich biological diversity. Lider said, “The Red Book is an instrument that deliberately focuses on nature-preserving activities needed to prevent the extinction of the species in the book. The condition of some of the bird species has worsened significantly in comparison to the past. Therefore, renewed, system-wide deep thinking is needed as well as the development of new conservation tools.”

Alon added that the report is a cautionary cry to decision-makers, who they hope will adopt actions that will decrease environmental damage.

The SPN also works with various parties to minimize damage from construction and development. For example, there was a joint project in 2008 with the Israel Electric Corporation to prevent the electrocution of birds of prey sitting on electrical pillars and cables by protecting exposed electric pillars. Yet the SPN is also fighting with the Electric Corporation to forgo ultra-high-power lines, which endanger the birds. In fact, this struggle led to the cancellation of the 2016 plan to string high-voltage electrical lines in the Jezreel Valley. During the migration season, this area is in the path of the flight of millions of birds from Europe to Africa. The Jezreel Valley is also home to many Israeli wild birds.

According to the updated Red Book, the condition of 15 species has improved and their extinction danger has decreased. Four species have returned to nest in Israel after they had become extinct in Israel in the past. This is by virtue of assorted nature conservation activities, such as enforcing the prohibition against duck hunting in reservoirs. Alon also said that the court forced the SPN to retract the permits it had given in the past to hunt quails. This is another bird that has deteriorated greatly in recent years.

The Israel Defense Forces (IDF) work closely with the SPN. For example, the IDF’s training programs in the Mount Hermon area were recently adapted to the nesting seasons of the wild birds in the area and in the training areas. Similar activity is now being carried out in training areas of the Negev to prevent harm from coming to birds in danger, including the houbara bustard.

Of course, the birds do not understand diplomatic borders or political disputes. Thus, to safeguard them, Israel must cooperate with neighboring countries and mainly with the Palestinian Authority (PA). This cooperation is not simple and encounters many obstacles. However, sometimes it does succeed, such as in the case of the red falcon. The red falcon was under a severe threat of extinction at the beginning of the millennium. Yet after hard work with activists from the Palestine Wildlife Society, the condition of the red falcons has improved.

According to Alon, cooperative work with the Palestinians in the recent year involved a project of renovating bird habitats in the Modiin region, on the Green Line. Next year, nature-preservation bodies from Israel, Jordan and the PA will conduct a joint survey of bird species on the border.

In spite of all the projects and cooperative work, the bottom line is pessimistic: The condition of wild birds in Israel, and in the entire region, is worsening over the years.