Palestinian leadership should focus on advancing economic independence, and the new Palestinian metropolis Rawabi is certainly a first step in this direction. 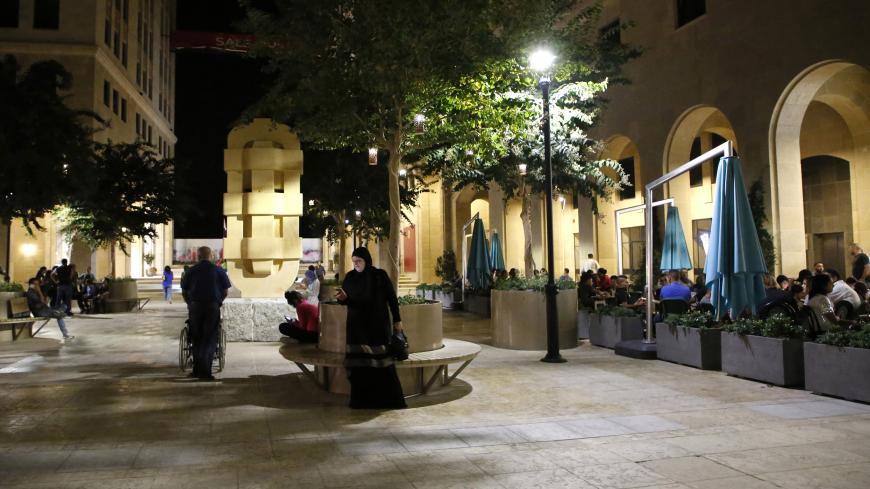 Prime Minister Benjamin Netanyahu shed no tears when he heard Palestinian President Mahmoud Abbas announce that he was ending relations with President Donald Trump. The peace that could threaten his seat is as unlikely as ever. At worst, a few European countries will recognize a Palestinian state. But even if all of Europe, Asia and Africa recognized Palestine, not a single Israeli outpost in the occupied West Bank would be dismantled. The power of the US veto at the UN Security Council will save us, Netanyahu believes. Trump’s ambassador to the UN, Nikki Haley, said in an interview last week that the Palestinian decision to oust the United States from the Israeli-Palestinian peace process proves that they don’t even want peace. In a worst-case scenario, the Palestinian Authority would suspend its security cooperation with Israel, resulting in a third intifada. But why would the Palestinians believe that another violent uprising would succeed when the two previous ones failed?

In light of the receding diplomatic option for Israeli-Palestinian peace and the uselessness of a military option, more and more Palestinians are concluding that they are doomed to live forever under occupation. But the newly built Palestinian West Bank town of Rawabi on the outskirts of Ramallah presents them with a third option: a Palestinian declaration of economic independence. Palestinian-American businessman Bashar Masri, who created this ambitious project flourishing in the center of the West Bank, has proven that such an idea is feasible.

Despite the heaps of obstacles Israeli authorities piled in his way, Masri has built a model town with a commercial center offering top-of-the-line brands, office spaces equipped with the kind of amenities that could attract high-tech companies, a 12,000-seat amphitheater, a covered amusement park and movie theaters. The environmentally friendly and verdant city offers attractive apartments at reasonable prices and provides thousands of jobs and shopping and leisure opportunities for area residents.

Masri told The Guardian's correspondent Harriet Sherwood, who visited his city in May 2016, that Rawabi "sends a message to the international community" that the Palestinians are not “what they are led to believe, a bunch of terrorists. We are ready to build our state. Here is the proof.” Five years earlier, in September 2011, the donor states forum announced that the PA was ready to establish a state. It based its conclusion on reports by the UN, the International Monetary Fund, the World Bank and other international financial institutions. The chair of the group, Norwegian Foreign Minister Jonas Store, described Palestinian attempts to set up robust state institutions and to revive their economy as “outstanding international success stories.”

In speeches delivered in 2008, then-opposition leader Netanyahu agreed that “economic peace is the corridor to the prospect of a diplomatic peace at a later point” and that “the dispute with the Palestinians cries out for this.” Zvi Eckstein, who served at the time as deputy governor of the Bank of Israel, told Al-Monitor this week that in talks with Netanyahu after he became prime minister, Netanyahu continued to express support for Palestinian economic independence. “Netanyahu agreed with my idea that Israel has a strategic interest in supporting Palestinian economic independence,” the economist said. “He said he was in favor, and did the exact opposite.”

Eckstein, dean of the Arison School of Business at the Interdisciplinary Center Herzliya and visiting professor at Wharton School of Business, said the Israeli establishment was only interested “in an impoverished Palestinian economy dependent on the good will of the Israeli government and army.” The control Israel exerts over the entry of Palestinian laborers from the West Bank to Israel and over the list of raw materials allowed to enter the Gaza Strip has become over time a primary tool with which to control the Palestinians. In his book “The Carrot and the Stick,” Shlomo Gazit, who served as the Coordinator of Government Activities in the Territories in the first years after their occupation in 1967, confirmed that Israel had tried to prevent the establishment or reopening of factories owned by Arabs to prevent their products from competing with Israeli ones.

Eckstein suggests that countries such as Sweden translate their support for the establishment of a Palestinian state into support for the economy of the territories rather than into handouts for the PA. “Why shouldn’t IKEA open a furniture factory in Nablus? I hope no one tells them it’s because one can use screwdrivers and glue to put together bombs.” Eckstein says Rawabi would not have been established without the massive financial support of the Overseas Private Investment Corporation, a self-sustaining US government agency that helps American businesses invest in emerging markets. Tens of thousands of university graduates in the West Bank and Gaza Strip are crying out for such international investors in industry, research and development.

Instead of wasting its energy on trying to pick up a few more European votes recognizing a Palestinian state, the Palestinian leadership would do well to focus its efforts on mobilizing support for an independent Palestinian economy. Instead of pleading with US lawmakers not to cut off aid to the Palestinians in the West Bank, the Palestinian leadership should be presenting them with feasible plans to build up the economy there. One could add to these plans select data about the “support” Israel takes for itself from the Palestinians. For example, it has handed most of the land resources in Area C to settlers and other Israelis: According to a report by the nongovernmental organization Yesh Din, it gave Israelis 700,000 dunams (173,00 acres) compared with the 8,600 dunams (2,125 acres) it allocated to the Palestinians for their use. Another such example is the leasing of quarries in the West Bank to Israeli corporations for 300 million shekels ($88 million) a year.

In the summer of 2009, then-Palestinian Prime Minister Salam Fayyad presented a detailed plan for the establishment of a de facto Palestinian state, or as he phrased it, “for putting an end to the occupation despite the occupation.”

“After 16 years of barren peace talks since the signing of the Oslo Accord, is it not time to change the discourse?” the Palestinian economist asked. Fayyad has since given up politics, but his questions now reverberate even louder.