Iraq is taking steps to recover funds and arrest those accused of corruption by coordinating actions with foreign countries and Interpol. 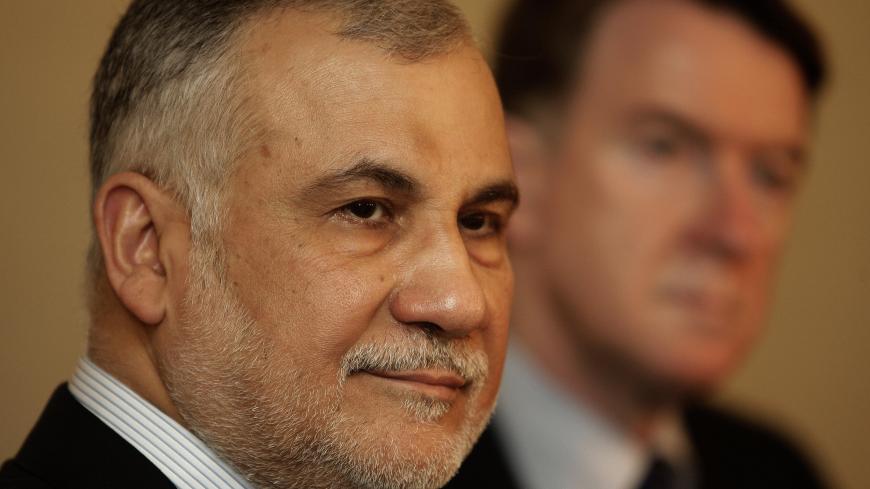 BAGHDAD — Iraq is boosting its efforts to extradite fugitives wanted in corruption cases. On Jan. 25, Iraqi authorities in cooperation with Interpol took custody of former Trade Minister Abdel Falah al-Sudani, who had been extradited from Lebanon. Sudani, a fugitive since 2009, had been tried and sentenced in absentia to seven years in prison for corruption.

Ziad al-Qattan, the former general secretary in the Ministry of Defense, was extradited from Jordan and handed over to Iraqi authorities Jan. 11.​ Qattan is accused of embezzling about $1 billion from the ministry.

“Such steps toward trying accused [politicians] in a country that is at the top of the list of the most corrupt countries, such as Iraq, are of paramount importance to regain the people’s confidence in the Iraqi judiciary and its ability to tackle corruption,” legal expert Ali Jaber told Al-Monitor.

“The extradition of wanted people is twofold. The procedure goes through the bilateral agreement between Iraq and other countries and through the international police [Interpol],” he said.

The UN Charter allows countries fighting terrorist groups to ask for assistance from the Security Council, which is the case with Iraq. These countries can also claim funds that had been smuggled abroad.

“Many countries have been helping Iraq to recover funds and take fugitives into custody," Jaber said. "I believe that Iraq will witness many breakthroughs in the future at this level, especially since the Iraqi government said tackling corruption will be its top priority after the end of the war on the Islamic State.” In early January, a representative of the Japan International Cooperation Agency met in Iraq with Integrity Commission Chairman Hassan al-Yasiri to discuss, among other topics, coordinating anti-corruption efforts.

Many officials accused of corruption remain free, however. Some have dual nationality, which makes it easier for them to leave. For example, Basra Gov. Majid al-Nasrawi used his Australian passport to flee Iraq in August. He faces charges of stealing public money.

There are also warrants out for the arrests of fugitive officials wanted on corruption charges, including former Minister of Electricity Ayham al-Samarrai, former Transport Minister Louay al-Ors and former Defense Minister Hazim Shaalan, who was accused in 2005 of being involved in the theft of at least $1.3 billion from the ministry.

Judge Abdul-Sattar al-Birqdar, a spokesman for Iraq’s Supreme Judicial Council in Baghdad, explained extradition procedures to Al-Monitor. “The Supreme Judicial Council issues warrants for the recovery of smuggled funds. The Extradition Division in the public prosecutor's office follows up on the matter. The prosecutor then issues the necessary decisions," which could entail property confiscation.

Legal expert Tariq Harb told Al-Monitor, “The current process in Iraq is that the authorities hand over the official documents of charges of the accused to Interpol. In the event Interpol catches the accused, the Iraqi security authorities will take them into custody to stand a fair trial."

Iraq's increased efforts to recover assets from abroad will help speed up the often lengthy process of extradition. However, "this doesn't mean this road won't be fraught with many obstacles, as many of the accused are linked to powerful politicians who could pull some strings to derail or end the procedures." Some countries might also use prisoners as bargaining chips, he said.

Ahmad al-Jubouri, a member of the parliamentary Legal Committee, told Al-Monitor, “The process to recover funds and arrest [those accused] is of major importance, as the Iraqi people have been demanding reforms and the fight against corruption. Under this pressure, the Iraqi government has started to take serious steps" and has even hired foreign companies to help track funds and facilitate extradition. "The upcoming period will witness major changes in corruption investigations,” he said.

He added, “The arrest of Sudani and Qattan will open the door to further arrests of the people who misused and smuggled public funds to neighboring countries. Some of the accused are traders and businessmen who made illicit deals in the name of influential politicians or political parties. Iraq is known for the rampant corruption among politicians. The arrests will include all those who took part in or facilitated embezzlement of public funds. This will be a crucial step in recovering these funds."