A daughter of former President Akbar Hashemi Rafsanjani has continued to raise doubts about her father’s death, though the motivation may be as much political as it is about finding the truth. 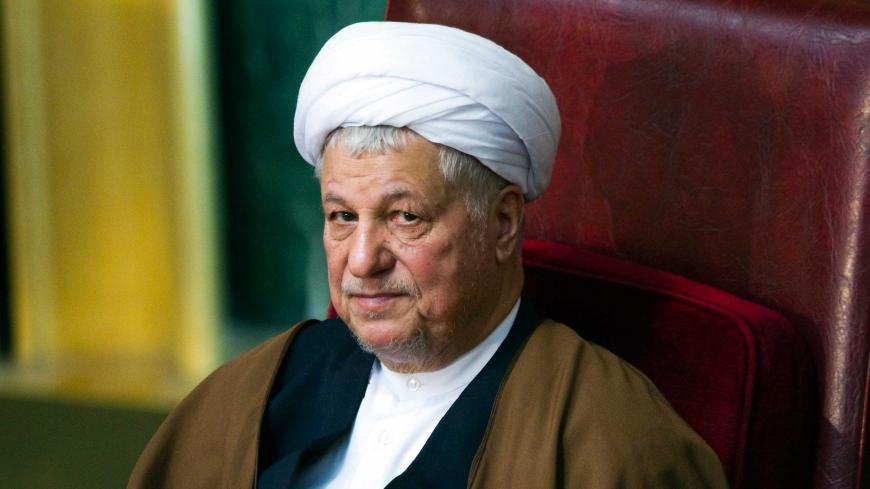 This claim is not new, however. On Dec. 16, one of Rafsanjani’s daughters, Faezeh Hashemi, told an Iranian newspaper that the council had told her that Rafsanjani’s body had 10 times the permissible radioactivity. Rafsanjani's brother Mohammad Hashemi also said on the same day that no one has yet explained how his brother suffered from cardiac arrest. He reiterated these comments Jan. 7, saying the lack of answers is leading to doubts about Rafsanjani's death. All of these comments made headlines across Iranian media and led to speculation, once again, about the sudden end of one of the most influential political figures in modern Iran.

Sudden, unexplained deaths of political figures are not unheard of in Iran. Ali Shariati, one of the most well-known intellectuals and revolutionaries in Iran, died in 1977 at the age of 43 while in exile in the United Kingdom. Two of Ayatollah Ruhollah Khomeini’s sons died suddenly: Mostapha while in exile in Najaf in 1977 and Ahmad in 1995, six years after his father’s death. Lesser-known figures wrapped up in political scandals also have died suddenly. A doctor who testified about torture at one of Iran’s notorious prisons also wound up mysteriously dead in 2009, with officials claiming it was suicide.

The death of Rafsanjani, however, is perhaps more significant than all the cases cited above. Despite having lost a number of elections after having served twice as president in the 1990s, Rafsanjani was experiencing an uptick in popularity in the last decade. His support for the Iranian nuclear deal, better relations with the West and his antagonism toward the county’s hard-liners earned him a reputation as a wise, elder statesman who expressed the opinions of more liberal-minded Iranians seeking an end to the country’s isolation. With his support for Rouhani in 2013, Rafsanjani showed that he still had enough public influence, along with former President Mohammad Khatami, to sway presidential elections.

While Iranian domestic media face limitations in speculating about Rafsanjani’s death, foreign-based media do not. During a Dec. 17 interview with US government-funded Radio Farda, Mojtabah Vahedi, former Reformist editor and adviser to 2009 Reformist presidential candidate Mehdi Karroubi, summed up a few of the theories floating around on Iranian social media.

Vahedi said no visits with Rafsanjani on his hospital bed were ever shown, whereas officials normally have photos of such visits published. Also, Supreme Leader Ayatollah Ali Khamenei, who led the funeral prayers for Rafsanjani, did not recite a specific popular line in the prayer. The line in question, “We have seen nothing but good from him,” is often recited during Salat al-Janazah, though it is not mandatory in the funeral prayer. Vahedi said that Khamenei recited this line three times for the funeral of Ayatollah Abbas Vaezi-Tabasi, who led the Astan-e Quds Razavi foundation in Khamenei’s hometown of Mashhad.

Vahedi also said that while Rafsanjani died at age 82, the former president appeared to be one of the healthier higher-ranking officials in Iran. This is something that was also said by Rafsanjani’s daughter Fatemeh Hashemi, who had previously claimed he was “stronger” than any of his five children. She had also said that a week before his death, he was given an exam by a US-based Iranian doctor who gave Rafsanjani a clean bill of health. Most disturbingly, Fatemeh Hashemi also said that his safe at the Expediency Council, which he chaired at the time of his death, was emptied out before the family could have access to it and no will belonging to Rafsanjani has been found. The safe was believed to contain important documents belonging to her father.

Vahedi indicated that Rafsanjani’s death as well as ongoing political maneuverings in Iran, particularly those by former President Mahmoud Ahmadinejad, who has been having public quarrels with Iran’s judiciary, point to the possibility that big changes may soon take place in Iran and that the various factions are positioning themselves to have the upper hand in the upcoming battles. These comments were made before the recent protests began in Mashhad late last month and quickly spread across the country.

Vahedi said he believes the upcoming change has to do with the leadership, suggesting that Khamenei is likely ill. Rafsanjani, had he survived, could have played a significant role in choosing the next supreme leader of Iran given the former president's membership in the Assembly of Experts and his having played a role in establishing the careers of many midlevel officials in the Islamic Republic’s sprawling bureaucracy.

However, rumors about Khamenei’s ill health have been floating around in the foreign media for over a decade and have been a favorite topic of speculation for Iran watchers. Given the sensitive nature of such allegations, it is likely there will never be a clear answer.

And often the simplest answer is the best answer: Rafsanjani could very easily have simply died from cardiac arrest.

This leaves the question of how Rafsanjani’s family will continue to react. It is conceivable that Faezeh Hashemi will continue to raise questions about her father’s death and use the investigation over it as leverage against the country’s hard-liners whenever they exert pressure on her and her family.

Of all the Rafsanjani children, Faezeh Hashemi has been the most politically ambitious, pushing the boundaries of political discourse far beyond what conservative and the unelected institutions are comfortable with. She served six months in prison for her support of the 2009 presidential election protests, has expressed support for Iran’s Baha'is and posed for pictures with them, an act that even drew the rebuke of her father. She has expressed her opposition to mandatory veiling and criticized rules against banning women from stadiums. With her most recent comments about her father, she may be signaling that despite her father’s absence and protection, she may seek to continue on her path and use the case of her father’s death to push back whenever the country’s hard-liners apply pressure on her family. Such political gamesmanship is not uncommon in Iranian domestic politics and in such political maneuvering Faezeh Hashemi had a masterful teacher in her father. 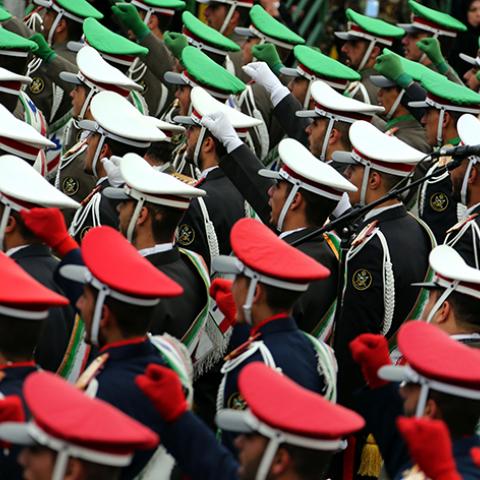 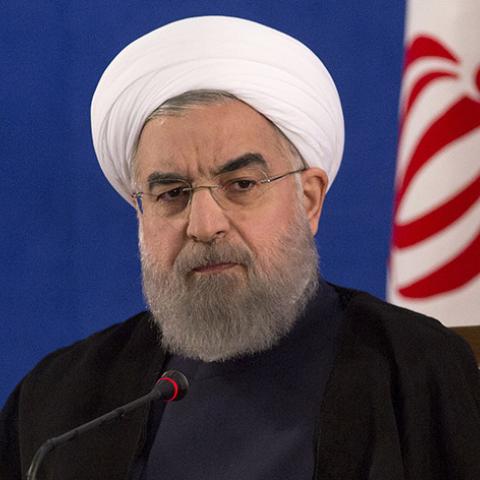