The recent wave of unrest in Iran is unlikely to change the calculations that underpin the Islamic Republic’s foreign policy. 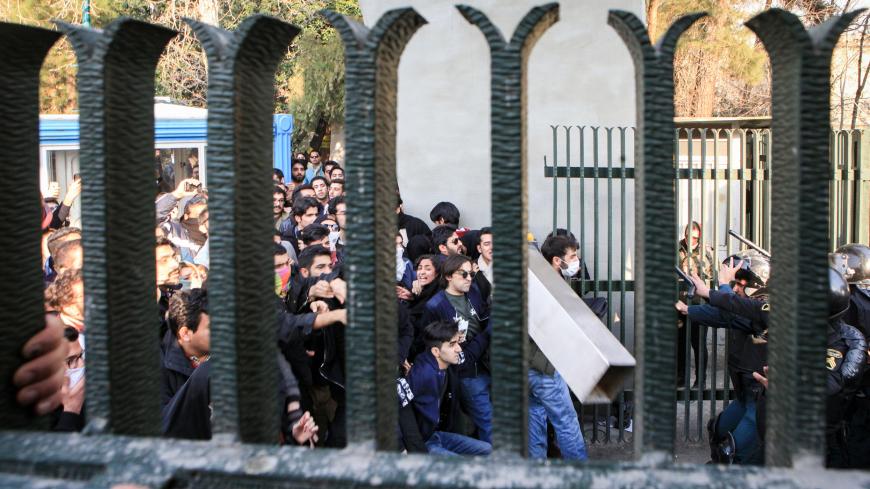 While the recent unrest in Iran has eased, discussion on its various aspects — including its causes and implications — is still heated and ongoing among domestic as well as foreign analysts and observers. One important part of the debate about the reasons behind the protests is what some refer to as the “foreign policy angle.”

The argument is that slogans such as “Leave Syria alone, think about us,” which were heard during the protests in Tehran and other cities, is a representation of the Iranian people’s discontent over the direction of the Islamic Republic’s foreign policy, and especially the level of its involvement in regional crises. As such, the reading is that Iranians are urging the government to adopt a more inward view, redirecting its financial sources toward satisfying their economic needs.

This has caused some observers as well politicians around the world to speak of the possibility, or even the inevitability, of a shift in Iran’s foreign policy and especially in the Middle East. US President Donald Trump was among the most vocal supporters of this idea, depicting the Iranian people’s assumed discontent over foreign policy as one of the most important motives behind the protests. Some Arab officials also took the opportunity to condemn Iran’s regional policy. In this vein, speculations have been raised about the recent unrest’s possible implications for Iran’s regional policy and whether this would lead Iran to reduce its involvement in the region.

Putting aside the disputed extent of foreign policy-related slogans during the protests, there are other reasons to suggest that they will not bring about a major change in Iran’s regional policy or even foreign policy more broadly. This matter can be analyzed through assessing both the domestic and international contexts.

At the domestic level, it should first be noted that as the protests lacked clear goals and an agenda, let alone a specific ideational framework, even liberal-minded or Reformist figures usually critical of the Islamic Republic’s conduct abroad refused to show support for the more radical slogans targeting Iran’s foreign policy or even the protests in general. Ironically, one of the main reasons behind this restraint appears to have been derived from the drawing of comparisons between what was transpiring in Iran vis-a-vis similar experiences in the region. Indeed, as the protests started to become more and more violent, a growing concern emerged that if the unrest were to continue along the same trajectory, it might lead to widespread chaos or even turn Iran into “another Syria.”

Second, it is agreed by most observers that the most public and extensive case of Iran’s current regional involvement is that in the Syrian conflict. However, it is noteworthy that given the complicated nature of the conflict, it has been effectively tied to both Iranian religious and nationalist sentiments — especially given the number of Iranian soldiers who have lost their lives fighting in Syria. As such, the Quds Force commander, Maj. Gen. Qasem Soleimani, is considered by many young Iranians to be a symbol of patriotism and national strength. Thus, it is far from easy to speak of a unified public opinion opposed to Iran’s regional involvement in the precise meaning of the word.

Third, one should bear in mind that decisions on Iran’s broader approach in the Middle East are taken at the highest level of the Islamic Republic’s political system, and that it’s not just the executive branch that has a say in this process. While accepting the core logic of people’s grievances over difficult economic conditions, the dominant view among top Iranian officials is that the real forces behind the radicalization of the recent protests were foreign adversaries — namely Israel, Saudi Arabia and the United States. Naturally, these officials would likely deem it necessary for Iran to preserve its regional fronts and perhaps even reinforce them in order to establish deterrence and pursue what can be described as an external balancing policy.

As for the international dimensions, it should be noted that the highly fragmented scene of regional interactions in the Middle East has caused the external pressures on the Islamic Republic to shift its policy not to exceed a certain point. On the one hand, Turkey, as one of Iran’s main regional rivals, has experienced rapprochement with Tehran over the last year. Meanwhile, the Astana process to help establish peace in Syria has become a venue for Iran and Turkey to work together on a regional issue. Therefore, it came as little surprise that Ankara took a supportive stance toward the Iranian government, expressing concern over violence during the protests.

At the same time, the ongoing diplomatic spat between Qatar on the one hand and Saudi Arabia and some other Arab countries on the other has left Sunni Arab countries unable to adopt a unified stance against the Islamic Republic. It has been reported that in contrast to other Arab states, the Qatari government instructed its media to adopt a low-profile stance regarding the unrest in Iran.

A similar gap has been visible in the West when it comes to the matter of how to react to the unrest. While the United States has been vocal in its support of the protests, the European Union avoided taking any strict stance against the Islamic Republic. Such a modest stance is indeed derived from Europe’s concern that the Trump administration may try to use the protests as a pretext to withdraw from the 2015 nuclear deal. Given that such a move could mean the full collapse of the landmark accord, the Europeans are understandably cautious about putting the result of years of intensive multilateral diplomacy at risk.

International relations scholars have found that the international system has over the past decade experienced a transitional period in which the roles of emerging powers in determining the global and regional equations has increased. In this vein, it should be noted that Iran enjoys close relations with two of these powers, namely Russia and China. When it comes to the Middle East, it now seems that the role of Russia as Iran’s close partner in Syria has made Moscow more sensitive than ever to any destabilizing factor within Iran that could potentially challenge the Kremlin's shared plans with Tehran in the region. The outcome of this is clear: Iran is more confident in pursuing its established goals in the region.