An Istanbul hospital covered up 115 cases of underage pregnancy, refusing to report the cases to police as required by law. 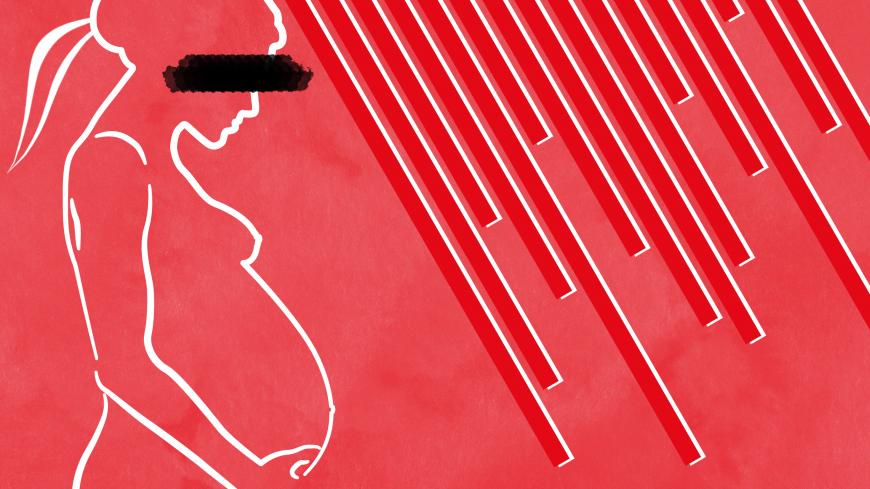 “A list of shame that will shock Turkey” read a headline in the daily Hurriyet on Jan. 17. Journalist Dincer Gokce's exclusive report revealed that an Istanbul hospital failed to disclose to police at least 115 underage pregnancies documented by hospital staff. Hospitals in Turkey are required by law to report all pregnancies to girls under 18 to police and social services, but the Kanuni Sultan Suleyman Research and Education Hospital failed to disclose to authorities the pregnancies it documented last year between Jan. 1 and May 9. Of those pregnancies, 39 were Syrian nationals and 38 were girls younger than 15.

The Kanuni Sultan Suleyman Hospital had “hidden” these pregnancies from authorities. But social worker turned whistleblower Iclal Nergiz, who had been transferred to the hospital's social services department in May, noticed that the hospital's official report and obligatory notice to the police on a pregnant 17-year-old was missing. She inquired about it but received no answer from hospital officials. When she checked the hospital's database, she discovered more than 100 similar unreported cases. Hospital staff ignored her requests for further information and she was eventually transferred to another hospital.

But Nergiz did not give up. On Oct. 3, she reported the case to the prosecutor's office in the Cekmece district of Istanbul, along with her affidavit on what happened at the hospital when she inquired about the underage pregnancies. Yet the hospital and government authorities at the heart of the accusations remained silent at the time, only commenting on the issue after the news became public and generated a national uproar three months later.

An initial statement by the minister of family and social policies, Fatma Betul Sayan Kaya, on Jan. 19 merely indicated that the ministry had started an investigation into the matter. “We will interview all the children at their homes alongside their families," she said. "We have never allowed any sexual harassment case to be covered up.”

Implying that some of the pregnancies were the result of underage marriages, Kaya said that such marriages have significantly — but not sufficiently — declined over the past decade. She said 8.3% of marriages in Turkey in 2003 were to females under the age of 18, but that now only 4.7% of marriages are to underage women. These figures are considerably lower than those provided by the UN Population Fund's Turkey office, which said that one out of every three brides in Turkey is under the age of 18. The discrepancy may be because the Turkish state excludes from its figures religious weddings or polygamous marriages, which the government doesn't recognize.

Yet neither Kaya nor any other government official explained why Nergiz was removed from her job at the hospital or why she was under investigation by the public prosecutor. “I am afraid that I will be discharged from my job,” Nergiz said in a TV interview after the news became public. If convicted, Nergiz would be deprived of her status as a civil servant.

Nergiz estimated that about 450 to 500 pregnant minors are brought to Kanuni Sultan Suleyman Hospital each year.

Turkey has long treated teen pregnancies resulting from underage marriages with the motto of “don't ask, don't tell,” as explained by Selda Sivaslioglu in her doctoral thesis. Sivaslioglu, a medical doctor quoted by Cumhuriyet, conducted research on teen pregnancy for approximately six months in 2015 at an Ankara hospital, where she recorded 300 underage pregnancies.

Pinar Icel Cepe, the secretary-general of the Health and Social Services Employee Union, told Cumhuriyet, “Everyone under the age of 18 is a minor. [Trying to find excuses for pregnancy under that age] reflects the [Justice and Development Party's] mindset and approach toward women. Due to the high volume of teen pregnancies, several hospitals now have a separate area for adolescence maternity wards. Two of these were opened in 2015. Everyone knows, but no one wants to speak about it.”

Turkey's civil code is inconsistent when it comes to the age of consent, making it easier for hospitals to find excuses to not report all teen pregnancies.

Turkey's civil code is inconsistent when it comes to the age of consent, making it easier for hospitals to find excuses to not report all underage pregnancies. The Ministry of Health said this month that all cases of pregnancy under the age of 15 should be reported to police and social services; the ministry did not explicitly state that cases need to be reported that involve girls ages 16 and 17 who are married and where there is no documented marital violence.

It is unlikely that the issue of unreported pregnancies is limited to one hospital. Furthermore, no one can gauge the exact number of pregnant Syrian girls in Turkey. One activist who works with Syrian refugees told Al-Monitor, “We estimate a minimum of 2,000 deliveries of mothers who are younger than 17 annually in Istanbul. Probably 500 are Syrians. There are also hundreds of cases of abortions and quite a few are incest. I fear that several of 115 cases would be incidents of incest.”

Syrians face a particularly challenging situation in light of poverty and divided families. In 2014, over 600,000 Syrian orphans were estimated to be in Turkey. Although various aid agencies and the government have attempted to provide basic services to these children, including several campaigns for Turkish families to adopt the children, stories of sexual and physical abuse and human trafficking are prevalent.

Al-Monitor spoke with a 19-year-old Syrian sex worker in Ankara who goes by the name Dina. She said she came to Turkey in 2013 at the age of 14. Her aunt told her she would be going to Istanbul from Ceylanpinar, because a family there wanted to adopt her. But Dina was not adopted. Instead, a family took her in as a live-in maid. The husband impregnated her and promised he would take her on as his second wife. But the first wife did not agree. After months of physical and sexual abuse, Dina gave birth at a clinic in Istanbul where “everyone spoke Arabic and girls as young as 13 were screaming.” She said she was drugged so much for her cesarean section that she does not remember what happened. Her son was given up for adoption, and the family dropped off Dina with another man in Izmit province. Since then, she has worked in the sex industry in various cities and had several abortions. Dina has learned Turkish well in the last five years. She said everyone knows the sex industry is full of underage Syrian girls who have forged papers showing they are older than 18.

After the social media uproar on the 115 child pregnancies, and following protests in front of the hospital, officials in the Ministry of Family and Social Policies said they would start questioning the minors. But how honest can these traumatized mothers be about such difficult issues when standing alongside their families? Will any of the hospital authorities who are presently under investigation be convicted or removed from duty?