The economic situation in the long-suffering Gaza Strip has become so dire, some economists are calling on ex-pats to pump money into the small enclave. 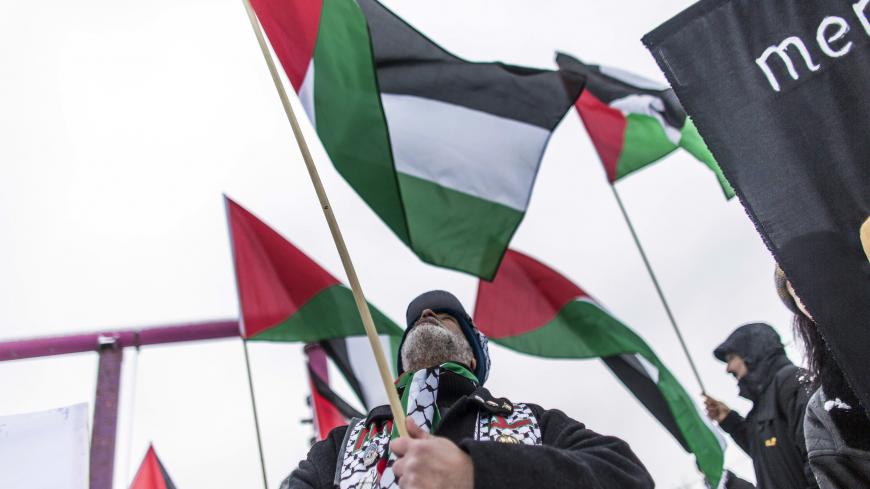 GAZA CITY, Gaza Strip — Economists say the Gaza Strip's economy has entered a phase of total collapse as the Israeli blockade continues into its 11th year and the Palestinian Authority (PA) in the West Bank has failed to lift sanctions, despite what Gazans hailed as a promise of relief weeks ago.

Gazans are strapped for cash and markets are suffering from an unprecedented recession. Last month, some economic experts called on Gazan citizens living abroad and businessmen to send money to their families in Gaza in the hope of improving the economy and stopping its collapse. Business-media organizations started an Arabic hashtag that translates into #Transferyourmoney. Meanwhile, on Dec. 30, for the first time in many years, shops in the southern Gaza Strip closed to protest the poor economic conditions.

According to a Dec. 31 Haaretz article, the number of trucks carrying merchandise into Gaza from the southern Kerem Shalom crossing declined during December, to around 530 per day from a peak of almost 1,000 in October 2015.

“In the final quarter of 2017, the amount of merchandise entering Gaza was down around 20% from the same period last year, due mainly to the decline in Gazans’ purchasing power as a result of the worsening economic situation,” the article said.

An official in the Ministry of Finance in Gaza, who asked to remain anonymous, told Al-Monitor that Gaza’s economy has been strangled by the Israeli blockade and the Palestinian Authority's (PA) harsh punitive measures that began in March. The situation was worsened when the PA cut the salaries of government employees in Gaza, estimated at $20 million a month. Gaza’s Ministry of Finance was also deprived of 20% of the total revenues it used to collect, ranging between 70 million and 75 million Israeli shekels (between $20.3 million and $21.8 million) per month.

The official also noted that Hamas in November handed over management of its border crossings to the PA, as per their reconciliation agreement. By doing this, Gaza's Ministry of Finance lost the tax revenues it collected monthly, estimated at 50 million shekels ($14.5 million). Before the crossings changed hands, the PA already collected more than $100 million in taxes a month; now it receives $114 million from the merchandise entering Gaza — without any allocations to the coastal strip.

The official also warned that the economic woes will continue, since the PA government of national consensus continues to stall lifting sanctions on Gaza and disbursing the salaries of employees appointed by Hamas after 2006. He also called on other Palestinian factions and Egypt to pressure the PA to save Gaza.

Hamas had handled Gaza's administration since 2007, when it split from the Fatah-ruled PA in the West Bank. Hamas agreed to turn over control of Gaza to the PA after Egypt brokered a multistep reconciliation agreement between them in October — and the world has been watching ever since to see if the deal holds.

According to the Palestine Monetary Authority (PMA) index for December 2017, the Gaza Strip's business cycle index is declining due to a drop in some industrial activities and sectors, such as the paper, furniture, plastics, construction, chemical and pharmaceutical industries. Moreover, production and sales levels also dropped compared with last month, which led to stock accumulation.

Mohammed Abu Jiyab is the editor-in-chief of local Al-Eqtesadia newspaper and one of the economic experts who called on Palestinian expats to transfer money to Gaza. He told Al-Monitor the call was an attempt to prevent the total collapse of the economy and pump some liquidity into Gaza.

Abu Jiyab also called on the Palestinian government to raise the level of government spending in the Gaza Strip, stop the salary cuts for government employees and reimburse them in full for the past months. He added that the situation in Gaza and the total collapse of the economy is not hyperbolic but is the reality of every citizen there.

He also explained that the ongoing sanctions imposed by the PA on Gaza caused local banks to set almost impossible conditions for borrowing, which affected more than 80% of employees who wanted to get financial loans.

Maher al-Tabbah, an economist and director of the public relations and media office of the Gaza Chamber of Commerce and Industry, told Al-Monitor that Gazan expats and businessmen are likely not to heed the economists’ calls, given the lack of security and financial stability in the Gaza Strip.

Tabbah seconded Abu Jiyab in saying the economic situation is indeed critical and requires immediate government intervention by the PA. He noted that the lack of liquidity makes things worse.

Chamber of Commerce figures through November show that salary cuts amounted to about $160 million, or $20 million per month, Tabbah said. This affected all economic sectors and caused the unemployment rate to soar, reaching 46.6%, while the number of bounced checks also increased as citizens and traders were unable to pay their bills.

According to the economic forecast for 2018 issued Dec. 27 by the PMA, the Palestinian economy's growth will decline for the second year in a row due to the economic uncertainty, which is closely related to the political situation at home and abroad.