With stagnation plaguing Egypt's domestic car market, Cairo has decided to postpone reducing customs on importing European cars until the completion of a strategy to support the local car industry. 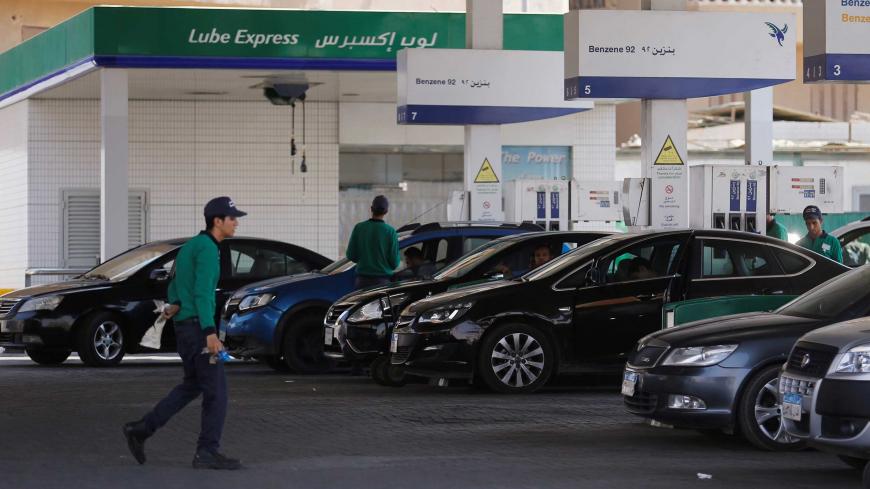 CAIRO — As the Egyptian government prepares to issue a special incentive strategy to boost the local automotive industry in mid-2018, its Dec. 28 decision to suspend the reduction of customs duties on imported European cars — which was due to be implemented at the beginning of 2018 — made the headlines and came as a shock to Egyptians wishing to buy cars.

Egypt had agreed to reduce customs tariffs as per the 2001 Euro-Egyptian Partnership Agreement that has been in force since 2004. The agreement provides for a gradual customs reduction of 10% per annum on European exports to Egypt from 2004 until such duties are eliminated in 2019. However, Cairo only started reducing customs on cars in 2010, and it stopped in 2014 for a year. Customs on European cars have been reduced by 70% so far.

Paragraph 6 of Article 9 of the Euro-Egyptian Partnership Agreement allows Egypt to suspend the customs reduction timeline for a period not exceeding one year.

The government's decision comes despite the fact that car sales in Egypt have stagnated and Egyptians’ purchasing power has dwindled. According to an October 2017 report by the Egyptian Automobile Marketing Information Council, car sales declined by 37% in 2017 compared to 2016.

In an official statement issued Dec. 28, Egyptian Minister of Trade and Industry Tariq Kabil said the decision aims to protect the Egyptian domestic automobile industry. However, several car manufacturers and dealers in Egypt told Al-Monitor that the yearlong postponement of the reduction of customs on imported cars is driven by several economic and political reasons.

Effat Abdel-Ati, the director of the Automotive Division at the Cairo Chamber of Commerce, told Al-Monitor that the decision had nothing to do with supporting the national industry and that it was related to the Egyptian government’s need to maintain the financial resources and proceeds generated by such customs. Customs revenues collected by the General Administration of Customs in Alexandria amounted to 7.7 billion Egyptian pounds ($435.5 million) during fiscal year 2016-17.

“Also, the presidential election is drawing near, and the government is committed to completing its planned developmental programs,” Abdel-Ati added.

The head of the Egyptian Automotive Dealers Association, Osama Abu al-Majd, told Al-Monitor, “Since the implementation of the Euro-Egyptian Partnership Agreement eight years ago, there has been a 10% annual reduction in customs on European cars, and although customs were so close to being abolished in 2019, there has been no decline in local or imported car prices in Egypt.”

“The devaluation of the Egyptian pound in the wake of its flotation and the application of a 14% value-added tax [VAT] on cars were two factors that devoured the annual reduction of customs on cars,” Abu al-Majd said.

“Add to this that parent companies have been raising their prices by 2-4% a year,” he continued.

“To upgrade the local auto industry, the government should reduce the 7% industry development fee imposed on domestic cars, the 14% VAT on locally assembled cars and the customs dollar exchange rate for the imported automotive industry components,” he said.

Abu al-Majd pointed out that “the postponement decision aims to allow the state treasury to continue collecting car customs.”

Hussein Mustafa, the executive director of the Egyptian Automotive Manufacturers Association, told Al-Monitor that the government's decision to suspend the reduction of customs on European cars was the result of the Egyptian parliament's failure since October 2016 to pass a government draft law on the automotive industry strategy. The draft law has been a subject of controversy for the parliament’s Industry Committee since 2016, and some of its articles have raised the eyebrows of car manufacturers.

This strategy, according to Abu al-Majd, imposes a 30% industry development fee on imported cars. “A 22% incentive would be offered to local car factories in Egypt, while the rest would be channeled to the state treasury,” he added.

According to Mustafa, three main points in the government strategy are raising the eyebrows of large car manufacturers in Egypt. The first relates to the size of the local components that factories need to comply with to get incentives and customs exemptions, as the strategy stipulates that local components shall be increased from 45-65% over the course of eight years starting from the date of adoption of the strategy, despite the fact that many car components are not locally produced. The second objection is that half a percent of the sales of car companies will be used for the financing of the car industry support fund, and this will increase car prices for consumers.

“The third objection is that the incentives given to manufacturers are linked to the production level, and the strategy aims for the production of 1 million cars by 2020, which is not commensurate with the volume of car sales in Egypt,” Mustafa said.

An official source at the Ministry of Industry and Trade in Egypt told Al-Monitor on condition of anonymity, “The necessary measures have been taken to implement this postponement decision and deepen and develop the local automotive industry.”

The source added that “the sector is currently being restructured through the development of a new car manufacturing strategy in cooperation with European partners.”

Big challenges lie ahead for Egypt’s local automobile industry, both at the internal and international levels.