Congressional Democrats are fuming over the Donald Trump administration’s plan to use US military forces in Syria as a curb on President Bashar al-Assad and Iran. 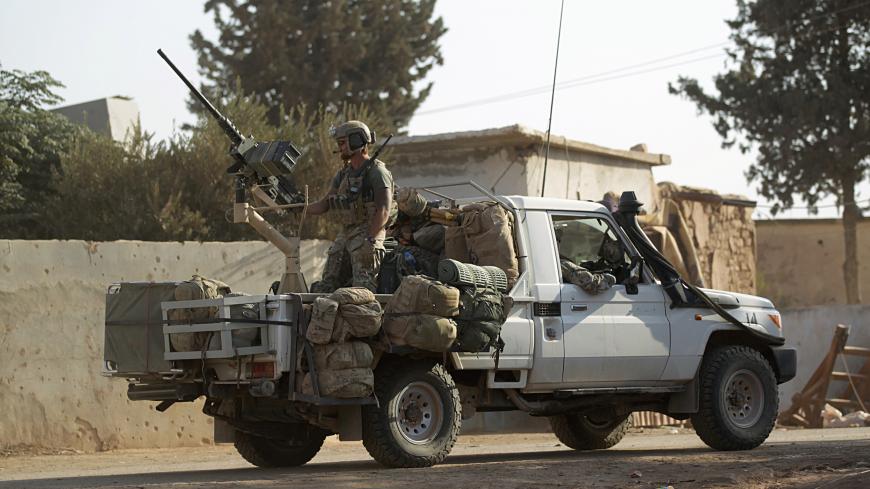 Several congressional Democrats are accusing the administration of exceeding its legal mandate following Secretary of State Rex Tillerson’s Wednesday announcement that the 2,000 or so US soldiers in Syria will remain in the country to counter President Bashar al-Assad and his Iranian backers.

Coons went on to note that the new policy comes as the Trump administration has called for a 30% cut to the State Department and development assistance, which he said could inhibit stabilization and reconstruction efforts.

“This is a time for development and diplomacy to partner with defense,” Coons said.

And Sen. Ben Cardin, D-Md., the top Democrat on the committee, in a statement today questioned the legality of what Tillerson laid out and called on the State and Defense departments to immediately consult with Congress.

“I am extremely disappointed that the Trump administration announced a significant change in US policy — the commitment of US forces for an indefinite period of time in Syria — without first consulting Congress,” said Cardin. “The Trump administration lacks the authority to keep US military forces in Syria after the defeat of [IS].”

“We are on the precipice of committing US forces to another forever war,” he added.

Sen. Tim Kaine, D-Va., followed suit with a statement taking the Defense Department to task for failing to provide a witness to brief the Foreign Relations and Armed Services committees about its plans in Syria despite longstanding requests. David Satterfield, the acting assistant secretary of state for Near Eastern affairs, testified on the administration’s Syria strategy before the Senate Foreign Relations Committee last week.

“State and [the Department of Defense] have yet to respond to my December letter regarding reports of the changing mission for the 2,000 US troops in Syria, where I noted that the actions the administration was considering far exceed the counter-[IS] mandate and lack domestic and international legal standing,” Kaine, who sits on both committees, said in a statement today.

Kaine said that expanding the role of US troops in Syria to counter the Assad regime and Iran raises “the risk of unnecessary war, disconnected from any firm policy objectives and core national security interests.”

Tillerson acknowledged that “some Americans are skeptical of continued involvement in Syria and question the benefits of maintaining a presence in such a troubled country” in Wednesday’s speech at Stanford University’s Hoover Institution. But he said “the fight against [IS] is not over” despite the collapse of the IS-declared caliphate.

“There are bands of [IS] fighters who are already beginning to wage an insurgency,” said Tillerson. The secretary went on to argue that “a total withdrawal of American personnel at this time would restore Assad and continue his brutal treatment against his own people.”

He added that the US presence in northern Syria would “help pave the way for legitimate local civil authorities to exercise responsible governance of their liberated areas.”

Further complicating matters, the Department of Defense announced earlier this week that it would create a 30,000-person border patrol force in northern Syria. The proposal infuriated Turkey, a NATO ally, as it would include Syrian Kurdish fighters from the People’s Protection Units, which Turkey considers a terrorist group.

The United States backtracked on the proposal Wednesday; the Pentagon said it was not proposing a conventional army or border guard force and Tillerson said the proposal had been “misportrayed.”

“Some people misspoke,” said Tillerson. “We’re not creating a border security force at all.”

Despite Tillerson’s contention that the US military mission in Syria is “conditions-based,” Robert Ford, the former US ambassador to Syria under President Barack Obama, voiced concerns that expanding the military mission to confront the Assad regime and Iran could result in an “indefinite deployment.” He said pro-regime forces could launch an asymmetric war similar to that waged by militias in Iraq at the height of the US occupation.

“What I think is likely to happen is that there’ll be an unconventional dirty war on American troops around the area — things like car bombs and roadside bombs — trying to target us and our Syrian [opposition] allies,” Ford told Al-Monitor.

Other Democratic lawmakers agree that a continued military presence could jeopardize US efforts to stabilize and help reconstruct Syria after more than six years of a complex, multifaceted war. Some argue that the United States should provide aid even in Assad-controlled territory, but that may prove a tough sell on Capitol Hill.

“I think we should definitely be helping to rebuild [Syria] in different ways as long as it doesn’t involve our ground troops having to fight to stabilize the area,” Rep. Ro Khanna, D-Calif., told Al-Monitor. “If it’s just economic aid that can be targeted at nonprofits or peacekeeping groups, absolutely we have a moral obligation, probably, to do so. If we can be assured there are places where [Assad is] in control but our aid is actually going to save lives and help build society, I think we should as long as we have some accountability.”