The competition for May's election has already started among Anbar's politicians, while there are still many IS sleeper cells in the province. 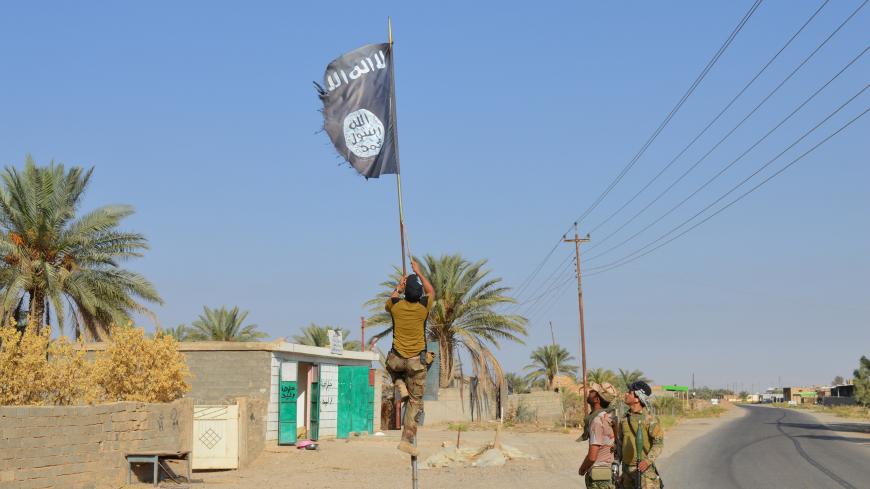 HADITHA, Iraq — Two months after government forces retook Iraq’s last major city from the Islamic State (IS), the country is preparing for parliamentary elections slated for May.

Anbar, its largest and westernmost region, is where IS took control of its first Iraqi city in January 2014. Fighters from the international terrorist group are reportedly still hiding in parts of its vast desert.

How the shift from fighting a terrorist group with roots in the area to competition at the political level plays out will affect the years to come.

Provincial Gov. Mohamed al-Halbusi, who took office in the fall, told Al-Monitor that voter turnout had been very low in the province for many years due to the fear of insurgents but that he expected this to change in the upcoming elections.

Local officials, security forces and a tribal leader echoed that sentiment to Al-Monitor over a number of days in the province in early January. “About 85%” of the province’s inhabitants are home, Halbusi said, and “I think about 60% of them will vote.”

However, with many of the displaced still not back in their homes, some have called for the elections to be postponed.

Recent reports of forced returns from internally displaced person (IDP) camps scattered around the Sunni-dominant Anbar region and elsewhere in the country have also raised concern.

In an interview in Ramadi, provincial police chief Gen. Hadi Rizej Kessar told Al-Monitor, “We decided to close all IDP camps and send families back to their homes because the security is now good. But if we have some families that remain in the camps, we can arrange for them to vote inside the camps.”

He added that only IS family members were still in the Kilo 18 camp, for example, “to protect them from tribal revenge killings.”

On passing the camp — between Ramadi and Hit on the road to western Anbar — the car Al-Monitor was traveling in was swarmed by dusty, unwashed children from the desert camp. A few tents had occupants, but most of the land around was a vast sea of empty white tents, their former occupants presumably back in their homes or those of family members.

When asked how IDPs and those still lacking electricity and services in their areas would get information on candidates, parties and political programs, Kessar said, “They know all the candidates.”

Anbar is an area where tribal links are still strong, and many are expected to vote along tribal lines.

Kessar added that the prominent Jughayfa tribe in Haditha “is unique in that it has so far utterly refused to let any IS family members back” into the city.

It is unlikely to do so for the time being or at least until IS members have been tried, sentenced and possibly executed, Col. Sabri Abdullah Amer, who liaises between the Interior Ministry and the tribes in the province, told Al-Monitor.

The Jughayfa tribe is mostly originally from desert areas and villages outside of Haditha, he noted, and “they have carried this mentality with them,” which was good for fighting IS but “now things must change.”

The city is known for successfully withstanding an 18-month siege imposed by IS.

Sheikh Awad Osman is the leader of the Jughayfa tribal militia in Haditha and will be running on the National Movement for Development and Reform list, better known as Al-Hal, Osman told Al-Monitor. Al-Hal is led by Jamal Karbouly, a former head of the Iraqi Red Crescent Society.

“The war against IS has been won on the ground and now is the time to win the war against the IS mentality,” Karbouly said, through greater attention to education.

“More than 209 parties are registered in Iraq” for the May 2018 elections, Karbouly noted in an interview with Al-Monitor at his home in Haditha as several young tribal fighters looked on, “but we don’t know yet what all the alliances will be.”

Over 24 million people are said to be eligible to vote in the elections nationwide.

A number of smaller parties have sprung up in recent times, including one called Ahrar al-Furat under local Sheikh Abdullah al-Jughayfa, who is known for his colorful turbans, dark sunglasses and missing limbs, which he told Al-Monitor had been caused in 1998 in an unexploded ordnance incident.

Some of Jughayfa’s fighters and now assistants in his political campaign had previously spent several years in the notorious Camp Bucca on what he said were false accusations of links to al-Qaeda, a common occurrence in the area. They later went on to fight against IS.

General security along major roads seems good in the province, as Al-Monitor can attest to after traveling both alone and with security forces several times in recent months from Baghdad to Haditha and other cities. This female reporter did not experience any problems traveling alone other than being held up at checkpoints for lengthy periods despite obtaining prior authorization and holding an international press card.

There is cellphone reception now in the border area, whereas there had been none two months ago, and “around 4,500 families have returned” to al-Qaim, the leader of the local Popular Mobilization Units Liwa Aaly al-Furat, Col. Moussa al-Karbouly, told Al-Monitor in an interview.

However, he noted, “There is still no running water or electricity” there two months after it was retaken, and the “facts that the 2018 budget has not yet been approved and that there are not enough funds after fighting IS” are affecting the situation negatively.

Both the governor and the head of the provincial police said that generators and fuel had been sent to the city but that more time and funds were necessary.

Liwa Aaly al-Furat is currently involved, alongside Danish Special Forces that trained them, in clearing homes of improvised explosive devices so that more families can return.

Karbouly noted that there was a real impediment to elections in May, as all civilians are not yet back in their homes, especially since “the politicians in the region are determined for them to be held.”