Turkey's military is having difficulty retaining qualified personnel, in part because of its rigid personnel policies and inability to take advantage of officers' interests and skills. 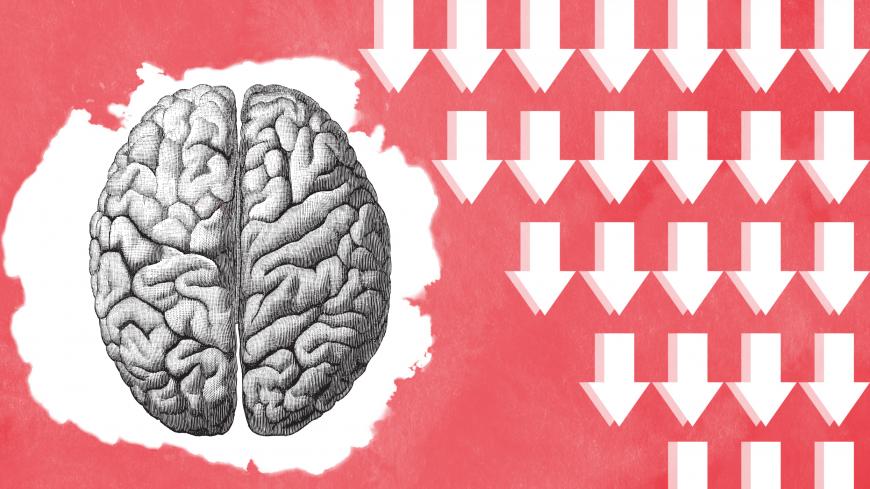 The Turkish Armed Forces are suffering a brain drain to the civilian sector. Image by Hugo Goodridge/Al-Monitor -

Capt. Ozcan Cikmaz became a legend for his service as a company commander in 2012 during anti-terror operations against the Kurdistan Workers Party in the southeastern town of Semdinli. Called the “Hero of Semdinli,” the infantry commander was decorated with the rarely awarded Distinguished Bravery and Sacrifice Medal. Where is Cikmaz these days? Not, as one might assume, in a critical post in the Turkish army, but in Silicon Valley. Cikmaz's journey from Turkey to California epitomizes the broader problem the Turkish Armed Forces (TSK) has of not being able to retain highly qualified personnel.

After his legendary exploits on the Semdinli front, Cikmaz, who graduated as a lieutenant from the Turkish Military Academy in 2002, was transferred to the Infantry School in Istanbul. While there, he took leave to study business at ESCP Europe in Paris, and in 2015, he resigned from the TSK of his own accord to attend school in the United States, at Cornell and Stanford. Today he is in Silicon Valley preparing to launch an app he developed, Hospital on Mobile, to help patients contact physicians and improve physicians' patient management.

During the past five or so years, hundreds of qualified officers have either resigned on their own or were retired from the TSK. Without a doubt, hundreds more are looking for opportunities to break out of their current status. What has led them to want to leave or is attracting them to civilian life? Why can't the TSK — whose intellectual capacity has declined enormously with the purges stemming from the the July 2016 coup attempt — retain personnel?

These recently separated, bright and qualified officers are not be confused with those discharged in the purges. Those like Cikmaz simply took advantage of the legal structures that allowed them to leave the military.

Cikmaz said he left the TSK with tears in his eyes. “As an officer with broad horizons and ambitions, I truly wanted to contribute to my institution,” Cimaz told Al-Monitor. “I've been interested in electronics and software since my childhood. In 2005 with a friend of mine, I designed my first drone. The mini drones I designed flew at 1,000 meters [328 feet] altitude and produced topographic modeling of 5-by-5-kilometer areas in Semdinli.”

Wanting to continue pursuing his lifelong interests but unable to do so within the structure of Infantry School, Cikmaz applied to graduate programs in Turkey. He was rejected because of his low grade-point average. “Then I applied to ESCP with my projects,” Cikmaz said.

“I was one of the 22 candidates accepted from among hundreds of applicants,” he explained. “Taking annual leave from Infantry School, I traveled to Paris. I spent 30,000 euros of my personal savings for an MBA at ESCP. My personal effort cost the Turkish state nothing, but my leave request became a problem in the second year. My unit was not pleased with my endeavors. I had applied for a year’s leave without pay from the Land Forces command. They felt that agreeing to my request [for additional leave to study] would set an example for others, who might seek the same treatment. I talked to my commanders in Ankara, but they couldn’t find a solution. That is when I regretfully left my military career to pursue my aspirations.

“But I still feel like a soldier,” Cikmaz added. “I owe my dedication to working hard, to creating, to taking on challenges. Now my new mission is to succeed in Silicon Valley. My goal is to develop a technology that will save lives and provide poor people with the most advanced medical services.”

Col. E.B., who requested anonymity, retired in 2016 for similar reasons. “The first reason is the inability of the TSK to offer broader horizons to qualified, young colonels. It is difficult for energetic, young officers who want to be innovative and creative while serving in the TSK,” he told Al-Monitor.

“Also, I was highly disappointed at how the TSK blatantly allowed officers known to be associated with the Gulen movement to advance through its ranks. Bluntly speaking, I felt I was cheated,” he said. “This negatively affected my morale and motivation, hence my decision to retire. But I still feel like a soldier. I owe a lot to the TSK.”

H.K. left the TSK in 2015 as a lieutenant colonel. He obtained a master's degree in procurement management in the United States. Today he manages a key department in a major defense industry company in Ankara. He thinks the TSK's problem is structural, noting that the private sector provides openings for self-motivated, ambitious officers while the armed forces lack strategic vision and planning.

“Civilian life is offering attractive opportunities fully compatible with the qualifications of the candidates and their career aspirations,” H.K. told Al-Monitor. “Moreover, the civilian sector has discovered the rich, diverse backgrounds and willingness of officers to take on challenges and their work discipline. That is why they are extending attractive offers to these officers.” He added that the absence of a merit-based promotion system in the TSK is encouraging young majors and lieutenant colonels to move on to civilian life.

C.B., who retired in 2016, now owns a company that offers training and consultancy on software development and communication technologies. “To own a civilian company became more attractive than to serve as a lieutenant colonel and carry out orders,” he told Al-Monitor. “The institutional culture of the TSK doesn’t allow one to be an officer with a dual identity. For example, they would not allow me to be an officer specializing in IT. In the TSK, you can’t be an academic-soldier, researcher-soldier, historian-soldier or a legal expert-soldier. That is when you realize that you have to break out of the box.”

What can the TSK do to halt its brain drain? Former officers who spoke to Al-Monitor made the following suggestions:

Had such steps already been taken, perhaps Cikmaz would today be in Silicon Valley as a major on a TSK scholarship. After returning to Turkey, he could continue his research in the newly established National Defense University.

Another glaring deficiency is the absence of “capability pools” to bring together the knowledge, experience and training of qualified retirees. The lack of such an arrangement means that once an officer walks out past the guard post, the gate comes down, not to reopen except for social occasions.