In 2017, at least 20 patients in the Gaza Strip have died after not being allowed to access medical treatment in Israel and the West Bank. 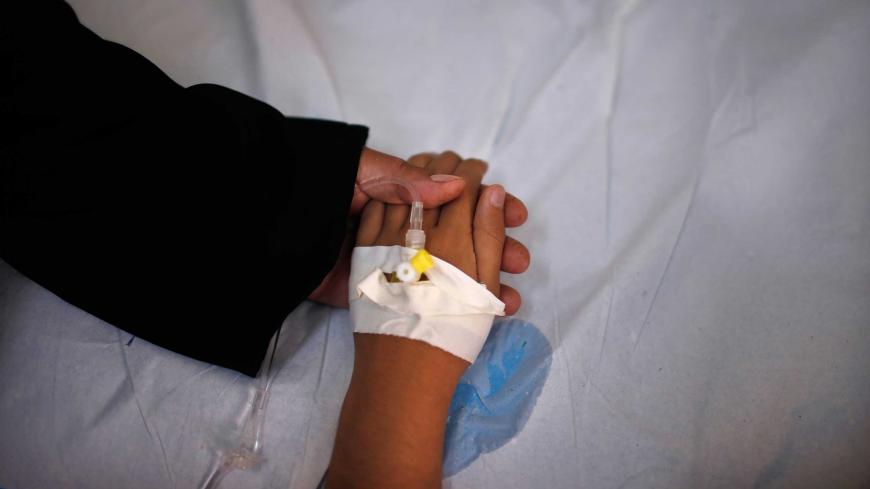 The decadelong Israeli blockade of the Gaza Strip has taken a toll on every aspect of life in the besieged enclave, including health.

Haaretz newspaper revealed in a Dec. 1 article that Israel continues to prevent patients from the Gaza Strip from traveling through the Beit Hanoun crossing in the northern Gaza Strip to receive treatment in hospitals in the West Bank, Jerusalem and Israel. The article noted that 20 critically ill patients died in 2017 in Gaza “after their application for an Israeli exit permit to receive medical treatment was not granted in time.”

Bassem Abu Jari, a field worker for Al Mezan Center for Human Rights in Gaza, told Al-Monitor, “The conditions of patients in Gaza are seriously deteriorating due to the Israeli restrictions and orders denying them access to hospitals outside the Gaza Strip. Israel is well aware that hospitals in Gaza are incapable of dealing with critical cases, but these patients' attempts to reach hospitals outside the enclave are blocked. Israel is not granting them permits to pass through the Beit Hanoun crossing in the northern Gaza Strip even after they've submitted medical reports.”

Maj. Gen. Yoav Mordechai, Israel's Coordinator of Government Activities in the Territories, told Haaretz that since the beginning of 2017, Israeli authorities have issued more than 22,000 medical treatment permits for patients in Gaza.

According to the latest statistics from the Palestinian Ministry of Health in February, the cancer rate in the Palestinian territories stands at almost 84 for every 100,000 persons.

Ashraf al-Qadra, a spokesman for the Palestinian Ministry of Health, told Al-Monitor, “This year Israel has further tightened its measures against patients in the Gaza Strip and their chaperones who want to travel abroad for treatment not available inside the Gaza Strip, especially cancer patients.”

He noted that medical providers in the Gaza Strip do not offer radiation therapy, certain medicinal treatments or nuclear scans required for treatment. Patients with blood diseases and children born with congenital defects must also look outside the Strip for help.

“Israel has refused the application for travel permits of 55% of the patients without giving any reasons, and even arrested some of them,” Qadra added.

Haaretz quoted the Shin Bet as saying, “Over the past year, we have seen an increase in the practice whereby terrorist organizations, headed by Hamas, exploit the departure of Gaza residents (including for medical treatment) to promote terrorist activity. … Given the great danger this activity presents, strict security checks are performed on everyone applying to leave Gaza. Naturally, these checks take time, and efforts are constantly being made to reduce that time and prioritize the handling of all entry applications, with an emphasis on humanitarian applications whose subject is entering Israel to receive life-saving medical treatment.”

Kholoud al-Saideni, 36, from Al-Bureij refugee camp in the central Gaza Strip, is a wheelchair-dependent cancer patient. She died on March 13 after refusing to cooperate with Israeli intelligence services in exchange for a travel permit to get treated outside Gaza.

Islam Shahwan, a professor of security studies at Al-Awda University College in Gaza, told Al-Monitor, “Patients in the Gaza Strip wishing to travel through the Beit Hanoun crossing are pressured into cooperating with Israeli intelligence. Some have caved.” He explained, “Shin Bet agents often ask patients to provide information about armed Palestinian activists or to transfer money or deliver encrypted messages to agents inside Gaza.”

Jihan (a pseudonym), 37, is a cancer patient. She told Al-Monitor that in August, she had received a medical referral from the Palestinian Ministry of Health stating that she was in need of treatment at the Jerusalem hospital.

She said, “In late September, however, the Israeli authorities prevented me from crossing at Beit Hanoun. After insisting on knowing why, I was referred to an Israeli intelligence officer who told me my permit was refused … without giving any justification.”

In January, Physicians for Human Rights - Israel (PHRI) noted, “Between January-December 2016, PHRI received 69 requests for help from cancer patients in need of medical treatment, compared with a total of 48 requests by cancer patients in all of 2015 and 23 requests in 2014.”

In November 2015, the Israeli authorities raised the age of chaperones accompanying Palestinian patients to 55.

Fadel al-Muzaini, a researcher at the Palestinian Center for Human Rights in Gaza, told Al-Monitor that the center recently lodged complaints with the Israeli Supreme Court against the measures against Gaza patients, to no avail.

“The slow transfer of patients delays their urgent surgical operations. Some permits take six months to be issued, and patients may die before getting a permit,” Muzaini noted.

An official in the Palestinian Ministry of Civil Affairs told Al-Monitor on condition of anonymity that the security reasons invoked by Israel to prevent patients from leaving Gaza are unconvincing.

“After interventions by human rights organizations, Israel grants permits to some patients who had seen their applications refused. The real reason behind these measures is the Israeli policy to keep Palestinians from Gaza away from Israel and the West Bank,” the official said.