Growing displays of xenophobia, incitement against minorities and legislation curtailing the freedom of human rights groups reflect the spread of racism within Israeli society. 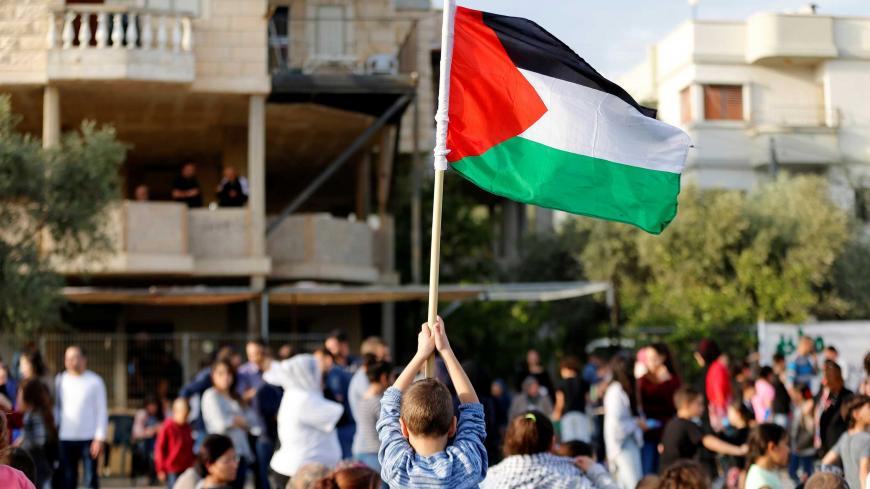 Israeli Arabs take part in a "Land Day" rally, an annual commemoration of the killing of six Arab citizens by Israeli police in 1976 during protests against land confiscations in Deir Hanna, Israel, March 30, 2017. - REUTERS/Ammar Awad

Twenty-six years ago, on Dec. 16, the UN revoked its resolution that equated Zionism with racism. UN General Assembly Resolution 3379 of 1975 had cited “the racist regime in occupied Palestine and the racist regime in Zimbabwe and South Africa” as having “a common imperialist origin … having the same racist structure and being organically linked in their policy aimed at repression of the dignity and integrity of the human being."

Growing displays of xenophobia, incitement against minorities and serial legislation curbing human rights organizations are poisoning Israel with the plague of racism. There’s no more blatant example than the call issued this week by a senior government minister to boycott tens of thousands Israeli Arabs, the vast majority of them law-abiding citizens, and to revoke their citizenship.

UN General Assembly Resolution 4686, which removed Israel from the UN’s list of racist nations, was a reward for the participation of then-Prime Minister Yitzhak Shamir (together with Deputy Foreign Minister Benjamin Netanyahu) in the international Mideast peace conference convened in Madrid in October 1991. Israel’s agreement to open negotiations on ending its occupation of Palestinian territories opened the hitherto closed doors to many states, among them Russia and China. Israel’s occupation of the territories, which has since only deepened, and the attendant oppression of the Palestinian population and delegitimization of human rights groups are pushing Israel back into the pariah camp.

Such a display of racism was provided Dec. 10 by Israeli Defense Minister Avigdor Liberman. Following demonstrations in the Wadi Ara northern region in Israel against President Donald Trump's Jerusalem proclamation, Liberman called for boycotting residents there. ''They have no connection to the state of Israel, and I call on the citizens of the state of Israel simply to boycott Wadi Ara. One shouldn't go into the stores or receive any services,'' he said.

In an enlightened state, Liberman would have been forced to apologize to the residents of Wadi Ara, or to step down. Said Abu Shakra, director of the Umm al-Fahm art gallery in Wadi Ara, which exhibits works by Jewish and Arab artists, took Liberman to task. “In response to my son, who asked me who you are, I was only able to say that you head a political party whose catchword is one of hatred for anyone that is not a Jew,” he wrote in a public Facebook post.

In a Dec. 12 interview with my colleague Mazal Mualem, Liberman proudly held up a poll indicating that 93% of Israelis who had emigrated from the former Soviet Union in recent decades (one of his party’s main constituent groups) support his call to boycott businesses in Wadi Ara.

If this poll is really accurate, the migrants are not alone. According to a comprehensive study conducted last year by the Pew Research Center, the cancer of racism has spread to Israelis of all stripes. The poll found that almost half the Jews in Israel, 48%, think Israel should expel its Arab citizens, who constitute some 20% of the country’s population. Eight out of ten Arab Israelis (79%) said there was widespread discrimination of Muslims by Israeli society.

A study presented in July to Knesset members indicates that academia, one of the institutions expected to uphold democratic values, is not immune to racism, either. About half the Arab students said they encounter manifestations of racism and discrimination in colleges and universities they attend, and 40% reported expressions of racism by faculty members. One-third of the students reported that the institutions in which they were enrolled did not give them any leeway to help their integration — not even taking into consideration Muslim holidays and fasts, and 30% said they could not apply for scholarships they wanted because they had not served in the military (unlike Israeli Jews who are required to perform military service).

In a September 2016 report, State Comptroller Josef Shapira wrote, “We have been experiencing the harsh phenomena of hatred, racism, violence, factionalism and intolerance.” The chief government watchdog went on to cite the disastrous results of historic racism against the Jewish people. “Human society, wherever and whenever it is, has no guarantee that the underbrush of racism will not turn into a dense forest,” he warned. Shapira upbraided the Education Ministry — the state arm tasked with eradicating racism, xenophobia and factionalism — for failing to turn education into a bridge between the various segments of Israeli society. The ministry only addresses these issues sporadically, on a case-by-case basis, and then only following extreme displays of racism, Shapira wrote.

President Reuven Rivlin said in response that the report reflects the extent to which racism had become an acute and strategic issue for Israeli society. He complained that “the state is not doing enough to uproot severe phenomena of racism and hatred among youth.” Several months prior to the report, Education Minister Naftali Bennett derailed a program for the development of a “racism index” initiated by the ministry’s chief scientist, professor Ami Volansky, after the July 2014 murder by Jews of Palestinian teen Mohammed Abu Khdeir. The index was designed to allow schools to assess the level of racism among its students and to seek appropriate remedies.

Bennett subsequently ordered his office to sever ties with the Association for Civil Rights in Israel, which runs programs for the prevention of racism, among its other activities. This week, his ministry ordered a high school in the northern town of Nesher to cancel a planned annual event with members of bereaved Israeli and Palestinian families, the Parents Circle Family Forum. The ministry forced the mayor, himself a bereaved father, and the school’s frightened teachers to prevent the students from meeting with six Jews and Palestinians who devote their lives to the struggle for peace and against racism.

A Knesset committee is currently deliberating an article that would officially allow segregation, part of a proposed law that would define Israel as the nation-state of the Jewish people. It authorizes the state to “permit a community, including the members of a single religion or the members of a single nationality, to establish separate localities.” In an editorial titled “Israel’s Attempts to Preserve a Racist Heritage," the liberal Haaretz newspaper wrote: “It would be interesting to see Israel’s response if some other country passed a constitutional amendment letting communities that exclude Jews be established.… ‘Judaism’ isn’t a synonym for racism and elitism.”

When the UN defined Zionism as racism 42 years ago, Haaretz condemned the resolution, calling it “shameful.”. Would this newspaper see fit to condemn such a decision today?

Liberman is a symptom of the plague of racism afflicting all organs of Jewish Israeli society and threatening to annihilate it. Only intensive care and fundamental treatment of the root causes of the disease — the occupation of Palestinian lands and the messianic zeal of the settlers/occupiers — can save it.