Rouhani: No one above the law, not even Prophet Muhammad 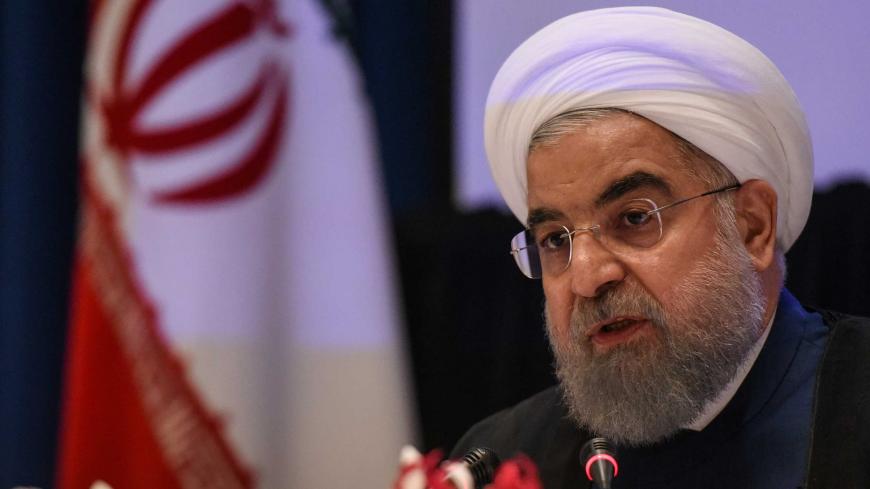 One year ago, President Hassan Rouhani unveiled an Iranian bill of rights, called the Citizens’ Rights Charter, that would offer Iranians more personal freedoms. On Dec. 19, Rouhani, along with his advisers and Cabinet and parliamentary officials, marked the one-year anniversary of his citizens’ rights charter at a gathering called the National Conference Report on the Progress and Solutions for the Realization of Citizens’ Rights.

During his speech, Rouhani called for more transparency in the country and for Iranians to hold government institutions accountable. Rouhani stressed the importance of applying the law impartially to all, saying, “No one, not even the prophet of Islam, is above the law.” Rouhani recalled how the founder of the Islamic Republic, former Supreme Leader Ayatollah Ruhollah Khomeini, used to insist on the law being applied equally, saying, “Everyone must act according to the law. This is what citizens’ rights are, citizens’ rights means everyone acting according to the law.”

Rouhani said in terms of transparency, “Everyone must know what is happening and what decisions are being made. This is why I gave the Cabinet instructions, and it is being implemented now," that every policy that a ministry is considering or adopting "be published publicly on the website.”

Rouhani also praised Iranians on social media for discussing and criticizing his Cabinet’s budget proposal on Twitter and Telegram. “You do not know how happy I have been lately,” he said. “You might not believe it if I told you how happy I am that when our budget went to parliament, the next day on social media there was a storm. How beautiful. Everyone came on the scene, they gave their opinions and criticized. They criticized the budget, the administration and the president.” He called on the people to not let go of their criticisms and continue to keep a critical eye on the budget and the various government-funded institutions and how they are spending their money.

While some on social media praised the president’s call for more transparency, conservative media did not buy it. Kayhan newspaper said that while Rouhani has given speeches about transparency, his government has not provided information on how much gasoline the country has imported. Kayhan said the Rouhani administration has not published the numbers because it would be a blow to the government's efforts on self-sufficiency.