Can US-Turkey relations be salvaged?

Turkish Prime Minister Binali Yildirim’s visit to Washington last week produced little to suggest a new chapter in ties is about to be opened. 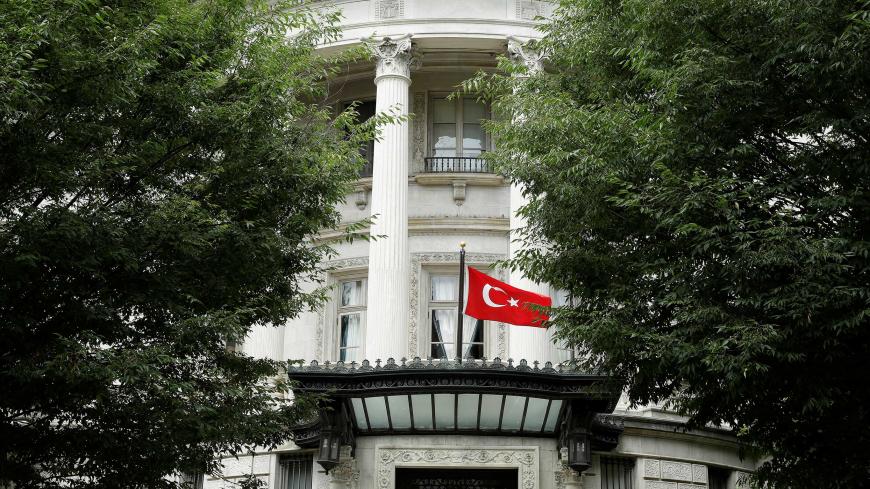 Turkish Prime Minister Binali Yildirim was in Washington last week trying to bring about a “new page” in ties with the United States. Currently, Turkish-US relations are going through unprecedented strains that have left many questioning whether the relationship can be salvaged.

The general consensus, however, was that Yildirim’s meeting with Vice President Mike Pence produced little other than diplomatic platitudes about the continuing importance of the “strategic partnership.”

Yildirim did not sound optimistic prior to his talks with Pence. He told Turkish journalists in Washington that the relationship was far from excellent and “an immediate result from this visit should not be expected.”

Former Assistant Secretary of State for European and Eurasian Affairs Philip Gordon, who has dealt with Turkey for many years, had revealed the pessimism in Washington not long before Yildirim’s visit.

Arguing that “Turkey and the US face the end of a promising partnership,” Gordon had maintained in an article for the Financial Times that “the relationship is probably beyond repair.”

Nonsensical as Bannon’s remarks may be, they reflect the mood against Turkey among right-wing circles in Washington.

Similar sentiments are amply reciprocated in Turkey, of course, where the widespread belief — especially among supporters of the ruling Justice and Development Party (AKP) — is that the United States was ultimately behind last year’s failed coup against President Recep Tayyip Erdogan.

Hurriyet’s Washington correspondent Cansu Camlibel, who was covering Yildirim’s visit, reported that despite Ankara’s high expectation that relations would improve under the Trump administration, “developments in the main problem areas have only gone in the opposite direction."

The list of “main problems” remains daunting. Topping the list is Turkey’s unsuccessful attempts to secure the extradition of Fethullah Gulen, the Islamic preacher residing in Pennsylvania who Ankara accuses of masterminding the coup attempt.

Ankara maintains it has provided sufficient evidence to the United States linking Gulen to the failed coup. Reports in the US media, however, based on official sources, continue to assert that the evidence provided is inconclusive.

The American side also stresses that extradition is a matter for US courts and not something the administration can bring about.

Yildirim laid it on the line in Washington when he told reporters, “If the United States does not take any steps about Gulen, our relations will not improve,” referring to this as the “biggest threat to bilateral relations.”

Camlibel pointed out that “concerns over the exercise of rights and due process weigh very heavily in the minds of the Americans on this issue,” suggesting that, legally speaking, Ankara may be flogging a dead horse with its approach to this issue.

The matter had taken a turn for the worse after Erdogan said in September that if Washington wanted the release of Andrew Brunson, a US pastor who is in prison in Turkey facing charges for alleged links to Gulen, then it must send Gulen to Turkey.

This was interpreted as “hostage diplomacy” in Washington, a suggestion that gained added steam after the arrest of a Turkish national employed by the US Consulate in Istanbul for alleged links to the Gulen group.

Washington retaliated to this arrest by suspending all visa applications from Turkey. Although this was slightly eased prior to Yildirim’s visit, the matter remains unsolved, driving another wedge into Turkish-American ties.

Rather than abating, Ankara’s Gulen headache with the United States increased — just as Yildirim was preparing to travel to Washington — with the revelation that US special counsel Robert Mueller was investigating allegations that Turkey had offered Trump’s discredited former national security adviser Michael Flynn up to $15 million to abduct Gulen and have him rendered to Turkey.

Turkey has denied the accusation as “ludicrous and groundless.”

The Gulen issue is not the only problem Turkey has with the US legal system. During his talks with Pence, Yildirim also brought up the case in New York against Reza Zarrab, an Iranian-Turkish businessman, and Mehmet Hakan Atilla, a deputy manager of the Turkish state-owned Halkbank.

Both are in prison in the United States, having been indicted for allegedly circumventing US sanctions on Iran and using bribery and other illegal means to achieve this. Zafer Caglayan, Erdogan’s former economy minister, has also been indicted in this case.

Critics of the AKP argue that this case has the potential to become a political minefield, not just for the Turkish government, which had close ties with Zarrab, but also Erdogan. Ankara insists that the evidence in this case is inadmissible and wants the Trump administration to intervene and have it dropped.

Ankara also wants the case against 19 of Erdogan’s bodyguards, who were indicted for beating Kurdish demonstrators outside the Turkish Embassy in Washington during Erdogan’s visit earlier in the year, to be dropped.

Yildirim’s demands regarding these cases during his talks with Pence appear to have also fallen on deaf ears.

The same can be said for the other principal issue overshadowing ties: namely, the backing by the United States of the People's Protection Units (YPG), Washington’s main ally in Syria against the Islamic State.

Turkey says the YPG is a Kurdish terrorist organization linked to the outlawed Kurdistan Workers Party — which the United States also has listed as a terrorist group — but has failed to convince Washington on this score.

The separate readouts from the White House and the Turkish Prime Ministry regarding the Yildirim-Pence meeting may have reaffirmed “the enduring strategic partnership” between the sides and stressed the hope that this meeting “would help to usher in a new chapter” in ties.

Nevertheless, they provide no indication that any headway had been made on issues that would facilitate the opening of this “new chapter,” only listing what the sides are demanding from each other.

“The Vice President expressed deep concern over the arrests of American citizens, Mission Turkey local staff, journalists, and members of civil society under the state of emergency and urged transparency and due process in the resolution of their cases,” the US readout said.

“During the meeting our request for the arrest and return of [Gulen] and the stopping of his activities was repeated. It was also reminded that the so-called evidence in the case in New York [i.e., the Zarrab case], which is harming our ties, was fake and collected illegally,” the Turkish readout said.

“Our discomfort over the supplying of arms to the YPG terrorist organization was also repeated, as was our expectation that this support is ended,” the Turkish side added.

Looking at this general picture, the problems besetting the strategic partnership appear insurmountable, since neither side has the will nor the capacity to fulfill each other’s demands.

It is also not clear when the Trump administration will nominate a new ambassador to Ankara, after the recent departure of former Ambassador John Bass, who Erdogan blamed for fueling the deterioration in ties.

This effectively means that Washington has reduced the level of its representation in Turkey, with no indication as to when it will raise it again.

Burhanettin Duran, the general director of government-affiliated think tank SETA, is among those who believe that Turkish-US ties may be heading toward a point of no return.

“If the current problems cannot be put in parentheses, and ties put on the path to being repaired; and much more importantly, if a new agenda for cooperation cannot be established, then the approaching global and regional chaos could result in irreparable damage to ties,” Duran wrote in his column for the pro-government Sabah.

Looking at how the cards are stacked today, many believe we are very near that point.