The US president is said to want CIA Director Mike Pompeo, who has advocated bombing Iran’s nuclear program, to become America’s top diplomat. 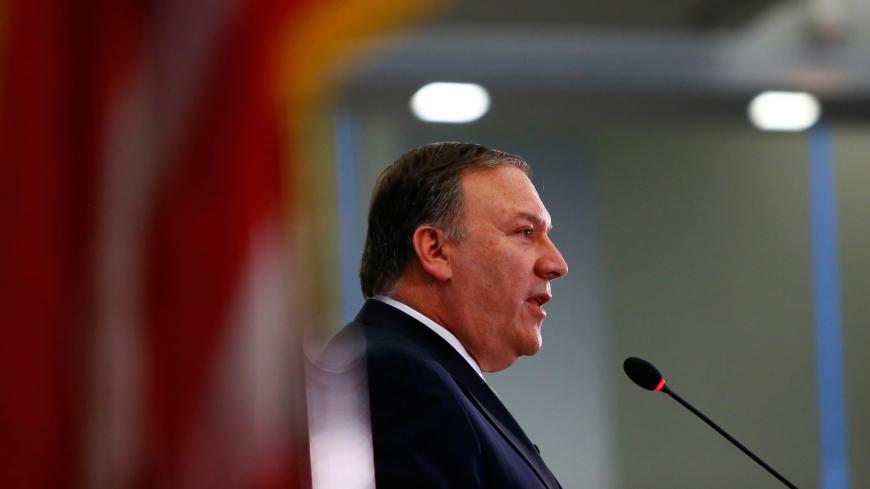 US President Donald Trump’s reported choice to replace Rex Tillerson as secretary of state is an outspoken Iran hawk who has advocated pulling out of the nuclear deal and bombing the country’s nuclear facilities.

The New York Times reported today that Trump intends to nominate CIA Director Mike Pompeo to replace Tillerson within the next few weeks. Sen. Tom Cotton, R-Ark., another hard-liner against Iran, would then replace Pompeo as CIA director.

Pompeo previously served as a member of the House Intelligence Committee, where he regularly inveighed against Iran’s growing influence in the region. His former colleagues remained tight-lipped about his potential nomination, which has not been announced. But Democrats who support the nuclear deal said they want to hear from him before they make up their minds.

“As far as I’m concerned, the jury’s out,” Sen. Dianne Feinstein, D-Calif., the top Democrat on the Senate Intelligence Committee, told Al-Monitor. “I’ll give him every benefit of the doubt and we’ll see how the hearings go.”

The day before Trump chose him to lead the CIA in November 2016, Pompeo tweeted, “I look forward to rolling back this disastrous deal with the world’s largest state sponsor of terrorism.” Feinstein expressed concerns during the nomination process but ended up supporting him after he vowed to “objectively monitor” the deal. He ended up being confirmed by a vote of 66-32, with 15 Democrats voting for him and Sen. Rand Paul, R-Ky., joining 31 Democrats against.

Pompeo’s hawkish views, however, may prove a more difficult hurdle when vying for the job of top diplomat.

While he was still in the House in 2014, he advocated using military force against Iran to halt its nuclear program.

“This is not an insurmountable task for the coalition forces,” Pompeo told reporters at the time.

More recently, in his capacity as CIA director, Pompeo compared Iran to the Islamic State (IS) in an October speech at the University of Texas.

“Unlike [IS] and its mirage of a caliphate, Iran is a powerful nation-state that remains the world’s largest state sponsor of terrorism,” said Pompeo. “The Islamic Republic is Iran’s version of what the caliphate ought to look like under the control of an ayatollah and his Praetorian Guard, the [Islamic Revolutionary Guard Corps].”

In the same speech, the CIA director also called Iran “a pernicious empire that is expanding its power and influence across the Middle East.”

Shortly thereafter, the CIA declassified documents detailing al-Qaeda operatives who had previously lived in Iran and gave them to the hawkish Foundation for the Defense of Democracies. Although Pompeo argued that it was an effort to be transparent, former CIA analyst Ned Price, who also served on President Barack Obama’s National Security Council, accused the CIA director of politicizing intelligence.

“A close read of his statements and the CIA’s public rollout of the new documents suggests, instead, that their release is part of his ongoing campaign to link al-Qaeda to Tehran and, in so doing, undermine the Iran nuclear deal,” Price wrote in an op-ed for The Atlantic.

Pompeo’s speech in Texas came the same day Trump declined to certify that the Iran nuclear accord met congressional requirements and called on lawmakers to unilaterally alter provisions of the deal that the White House considers problematic. Tillerson, by contrast, repeatedly teamed up with Secretary of Defense James Mattis and national security adviser H.R. McMaster to urge Trump to stick to the deal despite the president’s misgivings.

Like Pompeo, Cotton is also an Iran hawk and has repeatedly derided the 2015 nuclear accord. Trump has tapped Cotton to work with Senate Foreign Relations Committee Chairman Bob Corker, R-Tenn., to amend the legislation governing US sanctions relief under the deal.