The announced suspension of the distribution of government-owned land in lieu of government salaries in Gaza is raising questions about the decision's impact on the reconciliation. 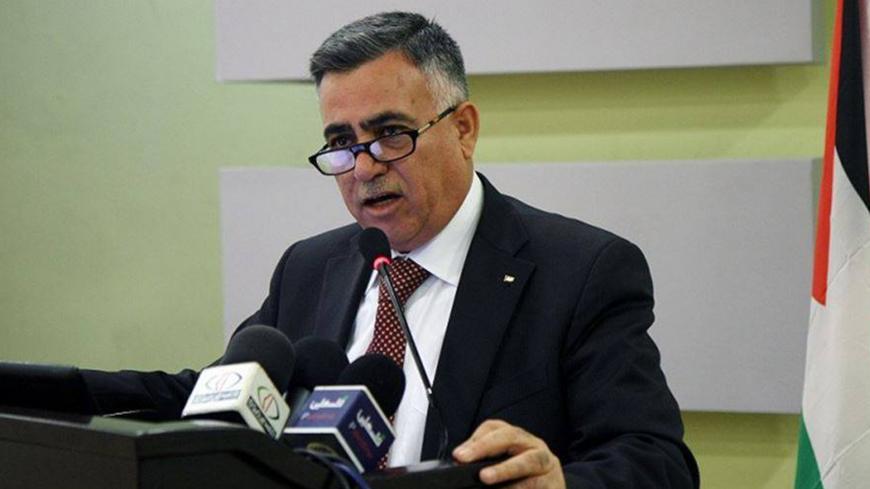 GAZA CITY, Gaza Strip — On Nov. 7, Minister of Local Governance Hussein al-Araj announced that all government land allocated after Oct. 2, 2017, in the Gaza Strip was done illegally. New allocations of land are postponed until further notice.

The land allocation issue evolved from Hamas not being able to pay the salaries of government employees when it had full control of Gaza. Deputies for the Change and Reform Bloc, representing Hamas in the Palestinian Legislative Council (PLC), ratified a law on Nov. 25, 2015, giving government employees land in Gaza based on the amount of back salary owed to them.

By this mechanism, employees submitted a request to the Land Authority in Gaza to obtain a piece of land commensurate with their back wages. Alternatively, employees could apply for Housing Associations, in which a group of 20-40 employees were given 800-1,000 square meters (up to a quarter acre) of land for the construction of residential housing.

According to Khalil Hamada, a spokesman for the Workers Syndicate in Gaza, 18,000 employees benefitted from the land distribution. Under the scheme, those employees now have the right to sell their share of the land they received.

Deputy Minister of Local Governance Mohammad al-Jabarin told Al-Monitor, “Palestinian Prime Minister Rami Hamdallah has instructed his ministers to suspend all decisions issued by the Hamas government in Gaza after Oct. 2, 2017. The land allocation program was also stopped because it was not approved by the consensus government after it assumed administration of Gaza Oct. 2.”

Jabarin added, “The issue of land allocation has been discussed at several Cabinet meetings, considering it to be a sovereign issue concerning the wealth and resources of the Palestinian people. The meetings concluded that distributing these lands should be suspended, and after the consensus government assumed all its responsibilities in Gaza, it should reconsider the lands Hamas had illegally distributed to its employees during the Palestinian division.”

He further clarified, stating, “The decision to distribute government-owned land is considered null unless approved by the Palestinian president.”

The Hamas government had argued that the land allocations had been within its powers while it controlled and managed Gaza’s affairs, beginning after it won 76 seats in the PLC in 2006.

Jamal Nassar, the Gaza-based chair of the Economic and Financial Committee in the PLC, told Al-Monitor, “The decision to distribute government lands is within the PLC’s jurisdiction. The PLC did indeed approve the decision since all legal requirements were available and the Gaza government was unable to pay the salaries of its employees, because the blockade imposed by Israel on the Gaza Strip since 2007 had led to a decline in government revenues.”

Nassar claimed that the Gaza government had no other choice but to allocate land in lieu of salaries. “The value of government employees' [back] salaries was estimated at 1 billion shekels [$285 million] through May 2016,” Nassar said. “If the consensus government decided to suspend the law of land distribution, it will have to pay the salaries of these employees itself or reach a settlement to address their financial situation to ensure their employment rights are met.”

During a meeting at al-Awda University College on Nov. 22, 2015, Gaza Economy Minister Ziad al-Zaza said that according to the Land Authority, government-owned land amounted to 2,124 dunams (525 acres), and the area to be allocated by the Gaza government ranged from 965 to 1,200 dunams (238-297 acres).

Ihab Nahhal, the vice president of the Gaza Civil Servants Union, told Al-Monitor, “The union wants Gaza government employees to receive all their financial rights whether they are paid in cash or through another settlement that the government deems appropriate to guarantee their employment rights as stipulated in the Labor Law.” He also asserted, “The union will not stand in the way of the consensus government, should it decide to suspend land allocation, provided all financial obligations are met.”

Bahaa Eddin Ezzeddine, the head of the administrative services department at Nasser Medical Complex, received a plot of land at the al-Aqsa project in Khan Yunis. He told Al-Monitor, “No one can take over the land that the Gaza government granted me based on my job entitlements. If the consensus government decides to consider the land granted to me as illegal, as it claims, it must bear the consequences and pay me my money.”

Several Hamas spokespeople refused to comment on this issue, but one Hamas spokesman told Al-Monitor on condition of anonymity, “The issue of land allocation can be examined as part of the upcoming reconciliation talks with Fatah in Egypt. I do not think it could be a threat to reconciliation if the consensus government shows good intentions to recognize all employees without being unfair to anyone. However, Hamas and Fatah are yet to discuss this issue in detail.”