Militias crack down on social, cultural life in Libya

A crack down on comic books and video games has pushed militias and civil society farther away from each other, prompting the youth to think about fleeing the country. 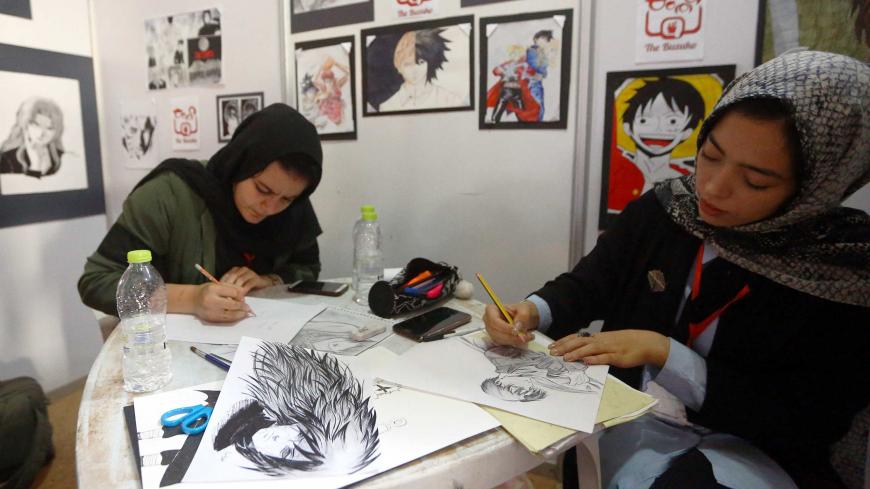 Comic books and video games can be controversial in Libya. Ahmad, 20, who asked not to use his real name, experienced it firsthand while attending the four-day Comic-Con convention — a multi-gaming and comic event that opened Nov. 2 in the capital city of Tripoli.

The crisis erupted on the second day of the convention, when the Special Deterrent Forces (SDF), a militia affiliated with the Ministry of Interior in the UN-backed Government of National Accord, stormed the convention and arrested dozens of youth. Blindfolded with trash bags and forced into the cars, Ahmad and his peers were treated as prisoners of war.

“The [SDF] were responding to a Facebook smear campaign against us. It was a huge misunderstanding,” Ahmad, who organized a FIFA video game tournament at the convention, told Al-Monitor. “They took us to one of their prisons. They wanted to catch the cosplayers [people who dress as characters], not the gamers. But they only caught one [cosplayer] and beat up the poor guy multiple times.”

The SDF issued a Facebook statement stating that cosplaying — the act of dressing up as characters from comic books, action series or cartoons — is a Western hobby that is prying Libya’s youth away from the morals of Islam. Most of those seized, including Ahmad, were released after they were forced to listen to a lecture from two sheikhs who explained that comic books and costumes involve devil worshiping. However, six of the main organizers are still in the SDF custody for damaging “public morality.”

It wasn’t the first time that a Libyan militia shut down a cultural event after deeming it sacrilegious. The absence of a national military or police force has emboldened Salafists to clamp down on Libya’s social and cultural life. Writers, poets, painters and most recently video gamers have been threatened or attacked.

Last August, contributors to “Sun on Closed Windows,” a national literature anthology, fled Libya after an Islamist group closed down a book launch in the northwest city of Zawiya. The group claimed that the book included stories that were “profane and obscene.”

Rather than condemning censorship, GNA Minister of Culture Hassan Faraj Wanes banned the anthology from selling in Libya, labeling it immoral. It didn’t matter that the same minister approved the publication of the book earlier that year.

“Libya needs a cultural revolution and strong civilian voices to support our country’s quest for freedom,” Hosam Athani, one of the book's contributors who is now in Tunisia, told Al-Monitor. “As a society, we need to get rid of some of the dogmatic and destructive ideas that many Libyans have.”

Athani was referring to the prevalence of religious extremism and patriarchal attitudes in Libya, which often go hand in hand. In the same week as the book scandal, cultural center Tanarout was forced to close after neighbors threatened to attack it for teaching boys and girls arts and crafts in the same classroom.

“Many of our neighbors rejected the center. They didn’t want us to exist,” Mohammed Busnein, Tanarout’s activity planner, told Al-Monitor. “They didn’t accept the idea of having a place where boys and girls can learn about films, music and arts. They thought that art was corrupting children. They believe that our activities will destroy the next generation.”

While Tanarout has managed to resume classes elsewhere in Benghazi, artists and cultural activists are still subjected to risks. Khalifa Hifter’s self-styled Libyan National Army, which controls most of the city after defeating a loose alliance of Islamist militias last summer, has an ambivalent stance toward civil society.

The most concerning are the Salafists that Hifter co-opted into his ranks. They have their own militia, which polices the “morality” of social life in Benghazi, confiscating books and closing down cultural events they deem heretical.

The same accusation was directed at Comic-Con. A youth who was detained by the SDF at the convention, who declined to give his name fearing a reprisal, said that he was forced to admit to celebrating Halloween. Like Ahmad, he also sat through the lecture given by the two sheikhs. Stranger still, the SDF shaved everyone’s head before letting most go.

“I was just the leader of a gaming station,” he told Al-Monitor. “The [SDF] were upset because of the cosplayers. I don’t think there is anything we can do to change these people’s minds.”

The main organizers’ health conditions and whereabouts are still unknown. The SDF merely stated that they would be prosecuted. Appalled by the news, Libyan artists and activists have called for their immediate release and denounced the raid. The incident has deepened the distrust between civil society and militias, making people like Ahmad think twice about staying in the country.

“I used to respect SDF for going after drug dealers and gangs [in Tripoli],” he said. “But I was very afraid the moment they snatched me.”