Saad Hariri faces his own court of conscience; US-Iran relations revert to axis of evil days. 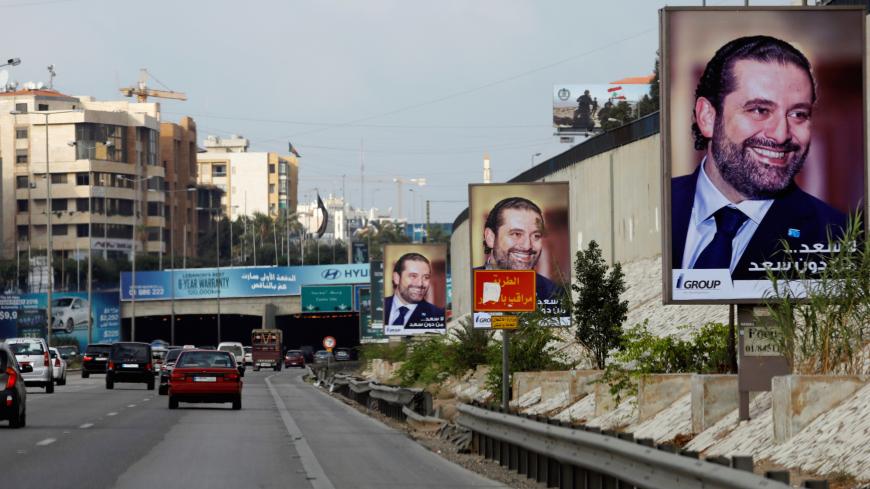 “I am unable to convince anybody that you aren't a prisoner in the Kingdom of Saudi Arabia, that you're not a hostage, that you're not under house arrest even though we are in your own house," said Paula Yacoubian in her interview with Lebanese Prime Minister Saad Hariri last week. “Even I myself am being accused of being part of this theater.”

During the interview, conducted on his own Future TV, Hariri assured Yacoubian that all was fine and that he was not a captive in the kingdom, all the while drinking perhaps a quart of water and looking tired and at times on the verge of tears, saying at one point, “I have to think about my family, too. … You know what I went through when my father died."

As one of the Marx Brothers once said, “Who are you gonna believe, me or your own eyes?” Not a single cab driver in Beirut or Cairo is buying Hariri’s assurances that he has been acting of his own free will or that his visit to the kingdom was simply in the context of his special and brotherly relationship with Crown Prince Mohammed bin Salman. Also not buying it are French President Emmanuel Macron, whose intervention led to Hariri’s release, due to the good offices of United Arab Emirates Crown Prince Mohammed bin Zayed; German Foreign Minister Sigmar Gabriel, who criticized Saudi interference in Lebanese affairs, prompting a crisis in German-Saudi relations; Lebanese President Michel Aoun, who said that he considered Hariri to “be held and detained, contrary to the Vienna Convention”; Qatari Foreign Minister Mohammed bin Abdulrahman Al Thani, who called out Saudi Arabia for “irresponsibility and a reckless leadership in the region that is just trying to bully countries into submission.”

With regard to what has been seen with our “own eyes,” Hariri arrived in Saudi Arabia on Nov. 3, per a summons to meet King Salman bin Abdul-Aziz Al Saud. He was received without the normal protocol at the airport, and soon presented his resignation speech, in which he declared the need to "cut off the hands that wickedly extend to it," referring to Iranian and Hezbollah influence in Lebanese affairs, and that his life was in danger. Macron came to the kingdom Nov. 9 to address the crisis, and undertook a diplomatic effort to get Hariri and his family out of Riyadh. The interview with Yacoubian on Future TV, which is owned by Hariri, was such a fiasco that Lebanese state television stations will no longer run it. Hariri landed in France on Nov. 18, but with two of his children left behind in Saudi Arabia, fueling further speculation that his freedom of action remains constrained.

All this has the potential to upend Lebanese and regional politics, and for no good reason, other than the impulse of Mohammed bin Salman, who has arrested and confiscated the assets of hundreds of Saudi royals and business leaders. The crown prince's disastrous intervention in Yemen has killed thousands and brought the country to the brink of famine (see below), his decision to isolate Qatar has undermined Gulf Cooperation Council unity to Iran’s benefit and his frustration with Hariri’s inability to confront Hezbollah in Lebanon is well-known.

All eyes are therefore on Hariri’s return to Lebanon and the Nov. 22 meeting with Aoun. The Lebanese president has stood by Hariri, working closely with France and others to secure his release and safe return. Although Hariri and Aoun may differ on many issues, Aoun took on Hariri’s cause in the name of Lebanese sovereignty.

Hariri is expected to announce his resignation and seek to rally a more formidable opposition to Hezbollah. But the March 14 coalition has been fragmenting for years on Hariri’s watch. How can it be rebuilt on the shell, or even corpse, of his credibility, if he continues to keep his own counsel on what he has suffered the past few weeks?

And what will be the price for those Lebanese politicians who might be inclined to support such an effort, pretending they are not privy to the open secret that the foundation of the new coalition is built on a house of cards, and a game of silence, originating in Riyadh? The theater of Hariri’s journey is the staple of conversation in cabs and in coffee houses and other gathering places throughout Lebanon and the region. The Lebanese people, in the Marx Brothers’ terminology, are believing their eyes. Lebanese politicians place their credibility on the line by pretending to go along with the charade, given the immense risks for the country with more than 1.5 million Syrian refugees in Lebanon and confrontation between Israel and Hezbollah.

The present crisis is not without parallel to the challenges faced by Hariri’s father, former Prime Minister Rafik Hariri, who managed Lebanon’s affairs so artfully until his murder by political enemies in 2005. The elder Hariri was lionized for putting Lebanon first, despite the pressures of regional powers. When he was killed, the UN Special Tribunal for Lebanon began a hunt for witnesses.

In this case, Saad Hariri is his own witness in a court of conscience, not an international tribunal. It is fitting that he returns to Lebanon on its independence day. The open secret of Hairi’s transformative journey has sparked a commendable popular outrage against such blatant and malign interference in Lebanese affairs. Although his political capital is in free fall, Hariri’s next steps may nonetheless be consequential as to whether the country keeps to its present and fragile course of stability and sovereignty, or whether it reverts to a regional battleground.

No earthquake diplomacy this time

In December 2003, a massive earthquake struck southeastern Iran, killing over 26,000 people, and injuring over 30,000. The Bam earthquake came at a low point in US-Iran relations, almost two years after US President George W. Bush labeled Iran a member of the "axis of evil." Nonetheless, the Bush administration offered, and Iran accepted, relief aid from the United States, and the United States lifted some US sanctions to allow humanitarian assistance. The Iranian government, however, rejected an offer by the White House to send a delegation led by North Carolina Republican Sen. Elizabeth Dole, a former president of the American Red Cross, to help oversee the relief effort.

On Nov. 12, an earthquake in Kermanshah province in Iran, home to many Kurdish citizens, killed over 500 and injured thousands. While the US Treasury has allowed donations to Iran via approved charities, there has been no sanctions relief, or gesture of assistance, as there was in 2003. The Department of State released a two-line statement expressing "condolences" for those affected by the earthquake. US President Donald Trump has said nothing about the earthquake.

Ali Hashem reports from Eslamabad-e Gharb, in Kermanshah province: “In the center of the city, the scenes of destruction were more obvious. Entire neighborhoods had been wiped out. Some people wandered among the rubble, searching for their belongings, mostly valuable items like jewelry, electronics and rugs. While accompanying a family to their home, Al-Monitor heard a woman shouting, “There might be someone alive here!” Soldiers and members of the Red Crescent rushed to the scene: a three-story building turned to rubble. A rescue dog was brought to the scene to check for signs of life, while others searched among the rubble for documents that might provide residents' phone numbers or identification. Scattered certificates and papers revealed that a 25-year-old woman named Fatemeh lived there, but no phone number was found.”

While the 2003 earthquake was much more destructive than the one last week, the contrast in the response from Washington is telling. US-Iran relations have sunk back to, or below, the axis of evil days. Yemen is a case in point, and victim, of this grim reality. As Jack Detsch reports, the United States has “more than doubled US refueling support for the Saudi-led mission in Yemen over the past year … despite mounting public and congressional concerns about the operation.” A statement by the U.S. Mission to the United Nations earlier this month called out Iran for its “complete disregard for its international obligations” for being the possible source of a missile fired into Riyadh by Yemeni rebels. No comparable outrage is expressed for the Saudi-led blockade that is contributing to a famine, as well as the spread of cholera and diphtheria, in the region’s poorest country.

As we wrote here last week, “Absent some clear red lines, the Trump administration may find itself on a slippery slope toward confrontation with Iran or unrest in Lebanon because of decisions made in Riyadh, not Washington.” The United States might consider some conditions on the blank check that seems to spur Saudi action in the region, including Yemen, whose people are paying a terrible price in this war.