The Saudi-Iranian clash that has Lebanon swirling in the middle could spiral out of control. 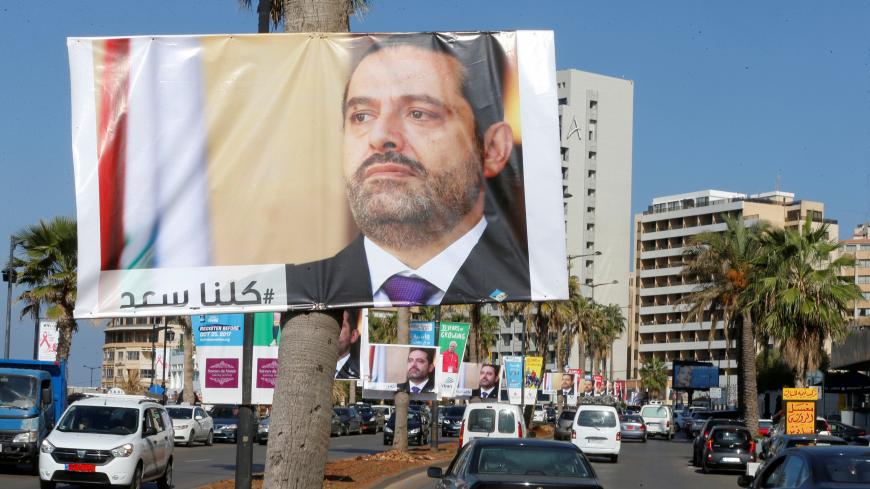 TEHRAN, Iran — The unprecedented and curious resignation of Lebanese Prime Minister Saad Hariri while he was in the Saudi capital Riyadh has become the center of speculations regarding the possible impacts on the Iranian-Saudi struggle over influence in the region. It’s not a secret that the whole story is a piece of a bigger puzzle. Hariri, Saudi Arabia’s close Lebanese ally, headed a coalition government that has Hezbollah, Iran’s Lebanese partner, in it. This coalition came to life Dec. 18, 2016, and the process was seen then as an outcome to an unwritten agreement between the two main regional powers to keep Lebanon away from the region’s turmoil.

Iran and Saudi Arabia are fighting proxy political and military wars in several areas around the Middle East. In Yemen, Saudi Arabia has so far failed to defeat Iran’s allies, Ansar Allah, known also as the Houthis, despite 2½ years of daily bombing that has left thousands of people dead. Riyadh is backing President Abed Rabbo Mansour Hadi in his attempt to retake power, yet the main objectives of this effort were hurdled due to the differences among the coalition because of the fierce resistance Tehran’s allies are showing. On Nov. 4, the Houthis targeted an airport in Saudi Arabia’s capital with a ballistic missile. According to Saudi Ministry of Defense, the missile was intercepted.

This prompted Saudi Arabia’s Crown Prince Mohammed bin Salman to accuse Iran of “direct military aggression” by supplying missiles to the Houthis. “The involvement of the Iranian regime in supplying its Houthi militias with missiles is considered a direct military aggression by the Iranian regime,” Mohammed said on Nov. 7. This came after Saudi Gulf Affairs Minister Thamer al-Sabhan threatened that Lebanon's government would "be dealt with as a government declaring war on Saudi Arabia" because of what he described as "acts of aggression" committed by Hezbollah. This wasn’t the first warning.

On Oct. 30, Sabhan promised the Lebanese that “the coming developments will definitely be astonishing.” He added, “It is not strange for the terrorist militia party to declare and take part in the war against the kingdom at the instructions of the masters of global terrorism. … But what’s strange is the silence of the government and people over this!” This was a clear indication that Riyadh was dismayed with the Lebanese government, and specifically with Hariri for not standing firm to Hezbollah. This, however, wasn’t the first indication Saudi Arabia was planning to punish the group as part of a wider strategy to confront Iran and its allies. The Saudi move came in accordance with US measures in this regard, mainly US President Donald Trump’s Iran strategy that was announced on Oct. 15 and warnings in Washington of a potential threat by Hezbollah to the US homeland. On Oct. 8, Sabhan called for an international coalition to be formed against Hezbollah. He wrote on his Twitter account, “US sanctions against the terrorist militia in Lebanon would be good, but the solution is to form a strict international coalition to confront it and those who work with it, in order to achieve regional security and peace.”

“An international coalition against Hezbollah means a war, and a war on Hezbollah while it’s inside the Lebanese government means a war on Lebanon.”

“An international coalition against Hezbollah means a war, and a war on Hezbollah while it’s inside the Lebanese government means a war on Lebanon,” a Lebanese official source told Al-Monitor on condition of anonymity. He added, “Therefore, Saudi Arabia is pushing to get Hezbollah outside the government at any price to be able to initiate such a move.” According to the official source, “The Saudi-Iranian standoff is threatening the stability of the country, but there’s no chance that we distance our country from this struggle. If it’s not a war, it might be harsh economic measures, maybe similar to the ones that were taken against Qatar.”

On Nov. 9, Saudi Arabia, Kuwait and the UAE called on their nationals in Lebanon to leave the country. According to Saudi Arabia’s national news agency, the kingdom asked Saudis who intend to visit Lebanon from any destination not to do that. Bahrain reminded its nationals of its previous warning to leave Lebanon. On Nov. 10, Saudi charge d’affaires Walid al-Bukhari visited Lebanese President Michel Aoun to discuss the issue of Hariri’s resignation. According to Lebanese media, Bukhari told the Lebanese president that “Hariri is a Saudi national and Lebanon’s caretaker prime minister.” This came after Hariri’s Future Movement convened Nov. 9 and stressed the necessity that Hariri should return. Lebanese Interior Minister Nohad Machnouk, when asked whether Hariri’s brother Bahaa could replace him, told reporters, “We are not a flock of sheep. … In Lebanon, politics is governed through elections and not by pledging allegiances,” in what was seen as a rare message of dismay to Saudi Arabia.

Given that Hariri’s resignation came on the same day several Saudi princes and former officials were arrested, people tried to link both events. In this regard, a Saudi diplomat who spoke to Al-Monitor on condition of anonymity said, “All that’s taking place is normal. The Saudi political rhetoric toward Lebanon has been clearly changing during the last month.” According to the diplomat, “All the analyses linking the resignation to the corruption file are baseless.”

Hariri’s resignation came only 72 hours after meeting Ali Akbar Velayati, an adviser to Iran’s supreme leader, in Beirut on Nov. 1. Hariri flew back to Riyadh on Nov. 3, and on Nov. 4 he was reading his resignation on Saudi-owned Al-Arabiya channel. He clearly blamed Iran and Hezbollah for his decision to step down, vowing that Lebanon would “rise as it had done in the past” and “cut off the hands that wickedly extend into it.”

To Iran the whole scene is part of an “adventure that’s been going on in Saudi Arabia since the war on Yemen,” a diplomatic source told Al-Monitor. The Iranian diplomat refrained from giving any further comments. In a country where dozens of stances are given on a daily basis by politicians, military commanders and officials, it was strange that only a few commented on this crisis. Iranian President Hassan Rouhani responded firmly during the Cabinet meeting on Nov. 8 to Prince Mohammed's threats: “You know the might and position of the Islamic Republic. People more powerful than you have been unable to do anything against the Iranian people.” Iran is clearly taking the Saudi threats seriously, yet not independent from the US and Israeli threats.

Now that the scene has become ready for the next step in Lebanon, the Saudis continue to make threats, the Iranians continue to anticipate the coming action and the Lebanese understand very well that they are once again in the middle of a storm that is certainly going to shake the whole region.